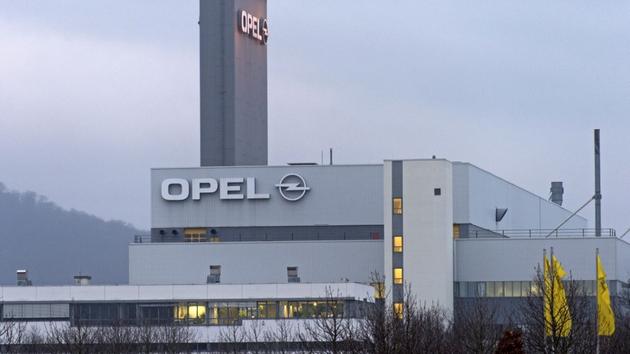 Accordion production is expected to last for months in factories in the sector.

This is a first since the semiconductor shortage that hit the automotive industry began. Stellantis has decided to close until early 2022 the Opel plant in Eisenach, in central Germany, where the Grand-land X, the brand’s SUVs, are manufactured. “The global auto industry is in an exceptional situation due to the pandemic and a lack of semiconductors», A spokesperson for Opel explained Thursday. From next week, the 1,300 workers at this plant will be on short-time work for at least three months. Never seen so far within the Stellantis group.

Since the beginning of the shortage, the leaders of the group explained that they were piloting “day by day” the supply of semiconductors that equip all vehicles. Higher margin models were preferred. And, due to a lack of electronic components, production stoppages were repeated on many sites. They only lasted a few weeks and only concerned certain lines.

This time, an entire factory is affected as it assembles high-margin vehicles, the price of which varies from 30,000 to 50,000 euros depending on the version. The activity of Eisenach, entirely dedicated to a single model, visibly facilitated this radical decision. The production of the Grandland X is not going to cease, however. It will be transferred in part to Sochaux, where this vehicle has already been assembled in the past. This model will join the 3008 and 5008 that are manufactured there.

Accordion production is expected to last for months in factories in the sector. In mid-September, the firm lHS Markit downgraded its forecast for global automobile production in the second half of the year. Only 34.5 million vehicles will leave factories instead of the 39.3 million units envisaged last August. The situation could remain tense until 2023.