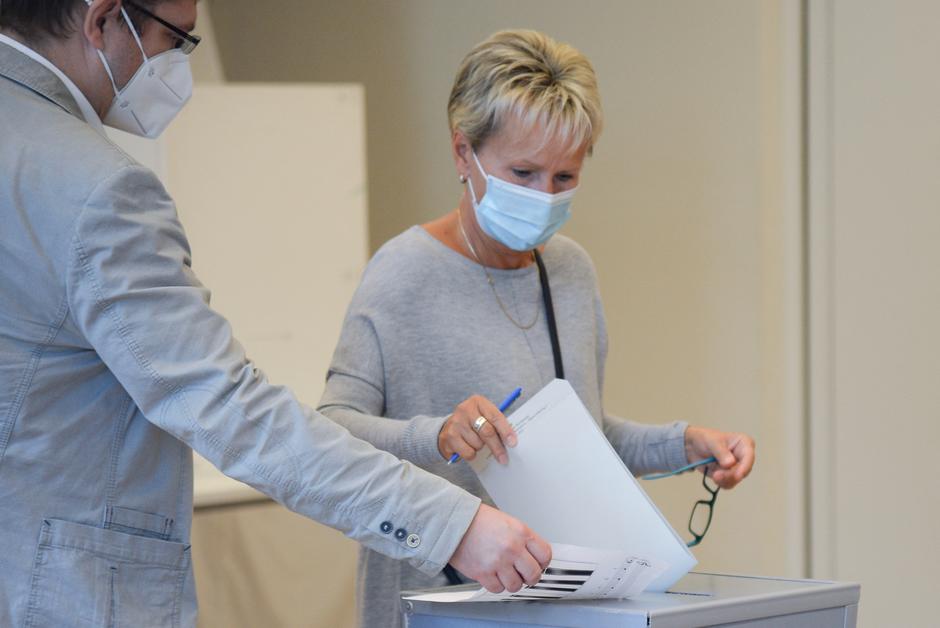 Several of the most populous Länder in Germany posted a higher turnout at midday than in the last general elections in 2017. At the national level, however, the figures are less impressive, in particular because they do not do not take into account the postal vote.

The rate of participation in the legislative elections is still very vague in Germany, this Sunday, September 26. As Angela Merkel prepares to step down from power, more than 60.4 million voters are called to the polls to choose the composition of the Bundestag, which will then decide on the name of the next chancellor. They have until 6 p.m. to vote for a candidate in their constituency, as well as for a party.

“At 14 hours, the voter turnout was 36.5 %”, announced on Twitter the President of the Electoral Commission, Georg Thiel, before specifying that this figure did not include postal votes. In the 2017 federal election, the turnout at the same time was 41.1%.

“At midday, however, the turnout was higher than four years ago in several Länders and large cities.”, Specifies the Daily mirror in his live. In North Rhine-Westphalia, the most populous Land in the country, 44.8% of voters had deposited their ballot in the ballot box at noon. In 2017, they were only 40.1% at the same time. The cities of Hamburg, Berlin and Munich also received a higher number of votes in the morning.

The unknown of postal voting

This year, the postal vote distorts the estimates of the experts, specifies the media. In 2017, less than 30% of voters opted for this method. “This time around, more people than ever are expected to vote [de cette manière]”, asserts the network Editorial network Germany. According to the German authorities, up to 40% of voters could choose this path, in part because of the health situation. “The real participation rate will be determined later, after the publication of the final results”, said the president of the Electoral Commission.

The three main candidates for the chancellery have already voted. Social Democrat Olaf Scholz (SPD) and the representative of the Greens Annalena Baerbock went to a polling station in Potsdam, without incident. Their conservative opponent had a little more hassle this morning during his visit to the Aachen polling station. “Laschet did not fold his ballot inwards, so that only the blank back of the ballot is visible, but outwards, notice her Southgerman newspaper. The two crosses [indiquant qu’il a voté pour la CDU–CSU] were clearly visible in the photos. ” The Election Commission nevertheless ruled the ballot admissible.