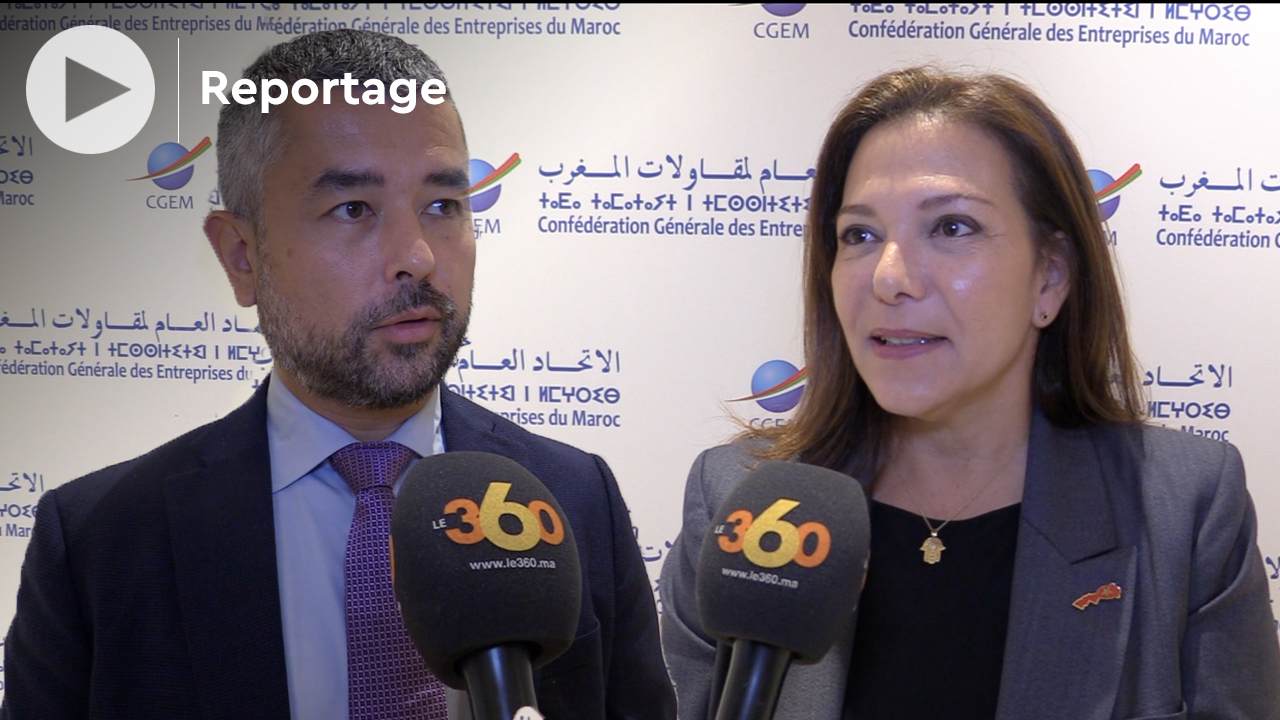 What strategies should be adopted to support the most convincing changes in the cultural and creative industries in Morocco? A major question to which, in more than 240 pages, a major study conducted by a team of Moroccan researchers intends to answer.

The signing in May 2021 by the Federation of Cultural and Creative Industries (FICC) of the CGEM and the Federation of Wallonia-Brussels International in Rabat of a partnership agreement, with the aim of contributing to the structuring of the cultural and (ICC), resulted in one of its first actions, and not least.

This cooperation has indeed materialized with the launch of a field study entitled “What transformations for CCIs in Morocco. Focus on 4 sectors, publishing, the performing arts, audiovisual and current music”, led by a team of Moroccan researchers, led by Driss Ksikes.

Monday, January 24, 2022, at the headquarters of the General Confederation of Moroccan Enterprises (CGEM), the methodology and conclusions of this study, carried out from an expanded literature review, and in regular interaction, were presented to the national press. and built with decision-makers, actors and observers.

This unprecedented field study therefore offers keys to deciphering the operation of four creative sectors in Morocco, namely publishing, performing arts, contemporary music and audiovisual, with the essential objective of providing institutional actors with a series of proposals to strengthen public policies related to creative economies in Morocco.

The choice to focus the study on these four sectors in particular responds to a desire to analyze more specifically heavily subsidized sectors and areas experiencing major technological and generational changes, with globalization effects that favor as many new forms of entrepreneurship.

The study also comes at a key moment when the new development model insists on the centrality of culture for human and social development, economic diversification, and when the interest of international partners in strengthening creative economies in the region is pregnant.

“This study is a reflection of the interest that our international partners grant to our cultural and creative dynamics in Morocco. Despite the difficulties, the claims, the incessant advocacy of operators in the sector, there has been a real dynamic in Morocco for 20 years in particular, which is noticed, which interests and challenges our international partners”, explains for Le360 Neila Tazi, president of the Federation of Cultural and Creative Industries (FICC).

It underlines that “this study proposes a certain number of recommendations which will be shared by all the decision-makers in the chancelleries of Morocco, if only within the framework of the States of the European Union, but also all the countries represented here, and who have a real desire to give a place to cultural diplomacy in their relations with States”.

And Motonobu Kasajima, general delegate of the Wallonia-Brussels Federation in Rabat, agrees, because “it is important to pay tribute to all these professionals in the world of culture, to give them a voice. It is moreover the purpose of this study which allows us to have a diagnosis and to be able to identify avenues of collaboration to enable our cultural operators and professionals to be able to enter into dialogue with their Moroccan colleagues, and to work on co-creations, co-productions, co-editions, to dialogue together, but also to promote Moroccan culture and French-speaking Belgian culture more easily and more widely”, as he explains for Le360.

Six structuring axes stand out in this study and deserve particular attention, starting with the transversality of culture and the necessary convergence, the reform of the public subsidy model and the liberalization of the audiovisual sector. To this first trio of recommendations are added, the identification of CCI companies and the recognition of cultural associations, the reform of the Moroccan Copyright Office (BMDA) and the management of copyright and finally, the shortcomings structural problems to be filled by training.

“Among the recommendations, there are fairly simple things to implement, such as the adoption of a law on patronage, the adoption of decrees concerning the law on crowdfunding which is a law which makes it possible to appeal to funds to the general public”, explains Neila Tazi.

For the president of the FICC, “these are actions that do not seem very urgent, but which in reality will change the lives of operators. Reform the copyright law, engage in proactive action in the context of vocational training because there are many trades and vocations to be encouraged and jobs to be offered to young people in this sector. I cannot list all the measures we are proposing, but the most important is governance because strong political support is needed for a subject such as this, which has been waiting for too long. We also have to think about the internationalization of our offer because a quality offer will create demand and will be able to be exported internationally”.

And to take for example countries such as Turkey, Nigeria, South Korea to name a few.

Culture a matter of state

“We now have a tool on which the FICC will be able to build its advocacy and conduct its lobbying with political authorities, elected officials, to make itself heard, to make the cultural sector heard and to try to find ways to accelerate the reforms to be carried out to liberalize the various creative markets”, considers Motonobu Kasajima.

It is also a question of “rethinking the public aid that the State grants and allocates to the sector, encouraging public education in cultural consumption so that authors find their audience, encouraging reading in schools, developing tourism more cultural than what is being done at the moment. In short, work on the convergence of the departments of the Moroccan government which has everything to gain if Moroccan culture shines more on Moroccan territory and internationally,” he concludes.

And for culture to no longer be the poor relation of the Moroccan government, systematically suffering from budgetary and administrative difficulties, it is still necessary for the State to take a certain number of measures and for a transversality to be established between the various ministries concerned. by culture. Not to mention that, as Neila Tazi recalls, in barely three years, the FICC had to deal with four different Ministers of Culture!

“We said it during the first meetings of the cultural and creative industries which took place in October 2019 under the high patronage of His Majesty. In this sense, we have called for this necessary synergy because culture is transversal, it is everywhere, and it is beneficial for several sectors: tourism, diplomacy, Moroccan soft power, cities, territories. Today, this cultural sector also needs to recover part of what it brings in order to be able to move forward and continue, ”she underlines.

Mali, Guinea, Burkina Faso… the temptation of a coup in West Africa

Rafael Nadal, alone against the youth