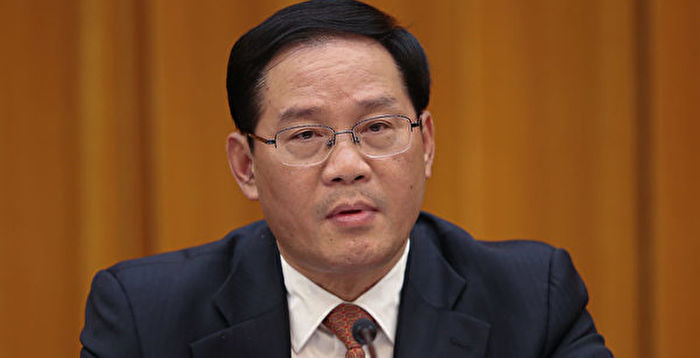 [The Epoch Times, June 30, 2022](Comprehensive report by The Epoch Times reporter Lin Yan) The Nikkei Asian Review reported that,Li QiangAlthough keepSecretary of the Shanghai Municipal Party Committeeposition, but is seen as a bleak future, and the previous closure of Shanghai may have hurt his position in the CCPTop 20the opportunity to become a member of the Politburo Standing Committee.

Li QiangConsidered a close ally of Chinese President Xi Jinping, he was re-elected on Tuesday (June 28) asSecretary of the Shanghai Municipal Party Committee. But public dissatisfaction with his draconian two-month zero policy has also clouded his political future.

The CCP is selecting party representatives from 31 provinces, autonomous regions and municipalities across the country to participate in the conference held this fall.Top 20– This kind of National Party Congress is held every five years. Although the Shanghai representative was elected on Monday, Li Qiang’s re-election was not decided until Tuesday, fueling speculation that he faces opposition within the party.

Li Qiang served as Secretary General of the Zhejiang Provincial Party Committee during Xi Jinping’s tenure as Secretary of the Zhejiang Provincial Party Committee. He has been seen as a contender to join the Politburo Standing Committee at the upcoming 20th Congress. He is also considered a potential successor to Premier Li Keqiang when he steps down in March 2023.

But Li Qiang’s failure to control a rise in Shanghai’s coronavirus cases this year, and his subsequent handling of the city’s lockdown, is seen as hurting his chances of joining the Politburo Standing Committee. Han, the seventh-ranked member of the Communist Party’s Standing Committee and Vice Premier, was one of many voices calling for Xi to ask Li Qiang to resign, the Financial Times reported in May. Han Zheng was previously a Shanghai official.

The question of Li Qiang’s fate comes at an awkward moment for Xi, who is aiming for a rare third term at the upcoming party congress.

“The promotion of Li Qiang amid opposition will inevitably lead to more tension within the party,” the Nikkei Asian Review quoted a source familiar with party work as saying.

Historically, with the exception of Chen Liangyu, who stepped down due to the pension scandal, past Shanghai party secretaries have a record of being promoted to the Politburo Standing Committee. Interestingly, not a single high-ranking official in Beijing has become the general secretary of the CCP or the premier of the State Council.

On March 24, 2007, Xi Jinping, then secretary of the Zhejiang Provincial Party Committee, became the Secretary of the Shanghai Municipal Party Committee. Just seven months after taking office, Xi Jinping was promoted to the Politburo Standing Committee and transferred to Beijing. He immediately became the CCP’s No. 6 figure, ahead of Li Keqiang and in the prime position to succeed President Hu Jintao.

Katsuji Nakazawa, a senior reporter from the Nikkei Asian Review, once wrote an analysis and said that it is worth paying attention to whether Li Qiang will be quickly promoted to Beijing and hold a higher position after the implementation of the reset policy? Or will his transfer to Beijing be put on hold, causing personnel changes elsewhere in the country to be delayed?

“No matter what happens, it will affect the personnel changes at the upcoming National Congress of the Communist Party of China,” he said.

Zhongze Ke Er also said that Shanghai is different from Beijing. Shanghai has its own behind-the-scenes political struggles. The “Shanghai Gang” led by former chairman Jiang Zemin used to have huge influence in Shanghai.

“Washington Post” reported that whether the various rumors currently circulating in Beijing indicate that when Xi Jinping enters his third term, he will encounter a certain degree of counter-attack from the party’s top ranks and force him to choose the personnel of the new leadership team. make a compromise.

After Xi’s decade-long anti-corruption and loyalty crusade within the party, it is unclear whether any small group has enough clout to challenge his rule. This is not to say that Xi Jinping has no rivals.

We never imagined them together, and yet!

In the heart of the American Midwest, Illinois, “sanctuary” for abortion