The post-apocalyptic wastelands are a little less creepy in our Wasteland 3 review. Grab your gun, now you’re one of the rangers.

The nuclear apocalyptic theme has given many joys to the video game sector. Except for the inhabitants of your world, of course. We have some examples like Fallout or the saga that we are going to break down below, a precursor of Bethesda’s work. And there is nothing more fun than deciding what to do with everything that surrounds us, because we are the danger. But in this wasteland 3 analysis we are also justice, specifically the Arizona rangers. Although they do not have a good time.

Wasteland 3 continues the story where the previous installment left off. Rangers are into shit and need help but who is going to offer it to them in this lawless world? Luckily, a crazy self-described Patriarch offers resources to the Rangers, but first they will have to help him with a few problems in Colorado, where he runs the show. Obviously things are not going so well.

So what are we going to have to do in these lands? Basically being the hand of justice of the Patriarch, bringing order wherever we go, in addition to some extra jobs, such as being a family psychologist. But of course, if I start to tell you what you are going to find, I will ruin the experience, right? So, I’m going to focus on all those little things that you are going to find in the game and that surely more than one of you like (like me). 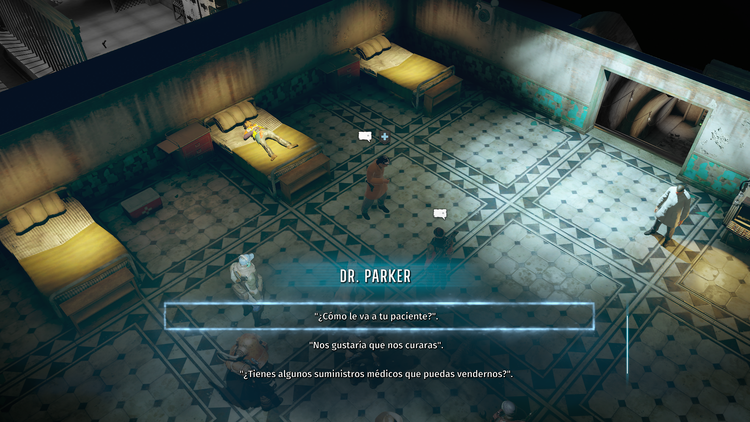 First of all, there are a not inconsiderable amount of secondary characters to interact with. In addition, in the dialogues the game allows us to select various response possibilities, some hilarious, others depending on the level of our attributes and abilities. Because in Wasteland 3 there is no fixed way to resolve conflicts, but depending on our style of play and our characters, we can choose to complete missions in various ways. For example, some bandits rob a store and we can simply shoot them down or make them see that they can talk to them.

One of the things that I liked the most are some side missions that give you a time limit to complete them. At the beginning of the story they already offer you one, which you will have to do if you want to save some people. But as we headed there, we got a call to help the Patriarch. You can only choose one, what are you going to do? Well, I went to do other missions in one city, and when I leave I see how people die in both locations. Mission failed in every way, all for not being fast enough. A perfect example of how things are in this world.

As if that wasn’t enough, as we run errands we will raise our reputations with different factions. And this has implications in the story, since in some cases we will unlock new interactions depending on our fame. Thus, if we are loved on a site it is possible that they will help us in the future with certain issues (which I will not comment on to avoid gutting things). Ultimately, every act the Rangers do will count. In my case, they are usually ruthless murderers who arrest a lot, but also kill. They are loved in many locations.

Well, knowing what we are going to find in Wasteland 3 narratively, we have to talk about its playable aspect. This is where the title shines, as the possibilities are enormous, both in exploration and combat. That’s right, the gameplay could be divided into these two great fields. Let’s focus on the terrain survey for now.

Not everything is death in Wasteland 3, as there are numerous settlements and places to discover. To reach them we will use a Ranger vehicle through a top view, on a global map. At first we will not have any clues on the map, as it is filled in with information we gather from secondary characters, missions, or exploring the map on our own. On our trips, of course, you can skip any radio order. Pay attention to them, don’t be like me, don’t let people die.

But of course, it is time to enter a city. First we will have to wait for a loading time that, although it is not very long, appears whenever there is a change of scenery, becoming somewhat tedious. After the wait, we will move our squad of rangers of up to 6, gathering information from the characters, buying or doing any stupid thing, like saving a kid to work for us. And while we are so calm suddenly some thieves appear to touch our nakasones. It is at this moment that the combat begins. 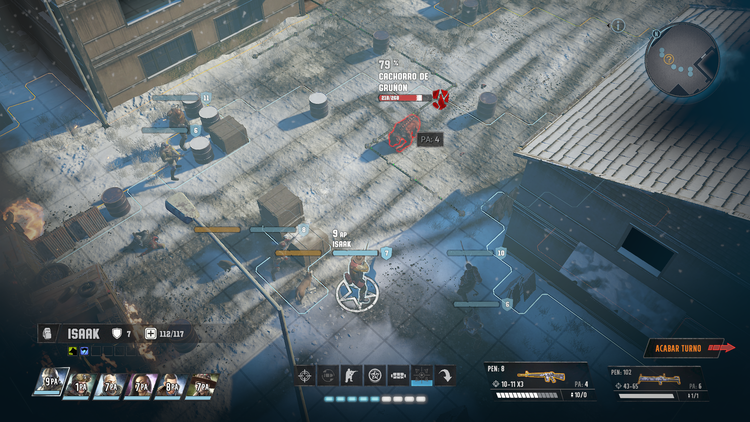 “What are the fighting like?” You ask. Well, those who have played the saga surely not, but this is an analysis and must be discussed. These are turn-based tactical battles, in which the positioning and the different specialties of each character are very important. If you are suddenly caught by surprise, it will be the enemy who attacks first, but if you are the one laying the ambush, you can boast of this opportunity to take advantage. Believe me if I tell you that this first attack is very important, since a bad turn can lead to the death of a partner. Also, if you catch them off guard you can position your squad correctly and execute an enemy with your sniper. A classic.

Let’s break that down a bit about specializations. Each character improves their attributes, abilities and advantages as they level up. In this way we will decide how that character is going to be, if balanced or focused on some fields such as the noble art of the licker or animal whisperer. The latter is exactly what you think, talking to animals so that they follow you and fight for you. Blessed cats and dogs and their suicidal attitude.

Therefore, each character is fully customizable from the beginning of the game, as they can be created from scratch, including appearance and background. A quick example, one of the characters of the initial couple that you have to create seeks the total annihilation of the goats. Seriously, the humor in this game is amazing. Damn goats, is to see one and empty a magazine of frozen ferrets (quite effective, by the way).

Of course, do not expect many graphic details when creating characters, since in this aspect Wasteland 3 pales a bit. The scenarios are varied, with many playable elements and details in general, but if we are looking for something ultra-detailed this title is not so much. Although I have to admit that the animations are quite worked, especially when we speak in the first person with an interesting character.

Special mention for the soundtrack, since it masterfully mixes instrumental themes with sung tracks, the choice of these being a delight. You can check it from almost the beginning in case you doubt. The game is dubbed into English, with a magnificent Spanish translation, so do not fear those who do not handle well in the language of Shakespeare.

Therefore, Wasteland 3 offers a polished tactical strategy title, with tons of possibilities and a characteristic humor that fits with the post-apocalyptic theme. Although it can be somewhat unfair at times (missing three attacks in a row at 95%), it is still a challenge for any type of player thanks to the choice of difficulty. Also, a consistent strategy tends to prevail over bad luck, a good thing in this type of game.

In short, Wasteland 3 manages to hook us into an almost finished world with its deep gameplay, capable of showing us the possibilities that could happen in an environment of this nature. Also, you can pet and tame cats to be your personal killers. Seriously, are you going to say no to a cat that can save your life?

The amount of possibilities at our disposal.

The decisions we make and the reputations we earn count.

The dialogues and some supporting characters are sublime.

It can be better

Some graphic details could be more polished.

Healing the brain, the next goal of new technologies | Trends