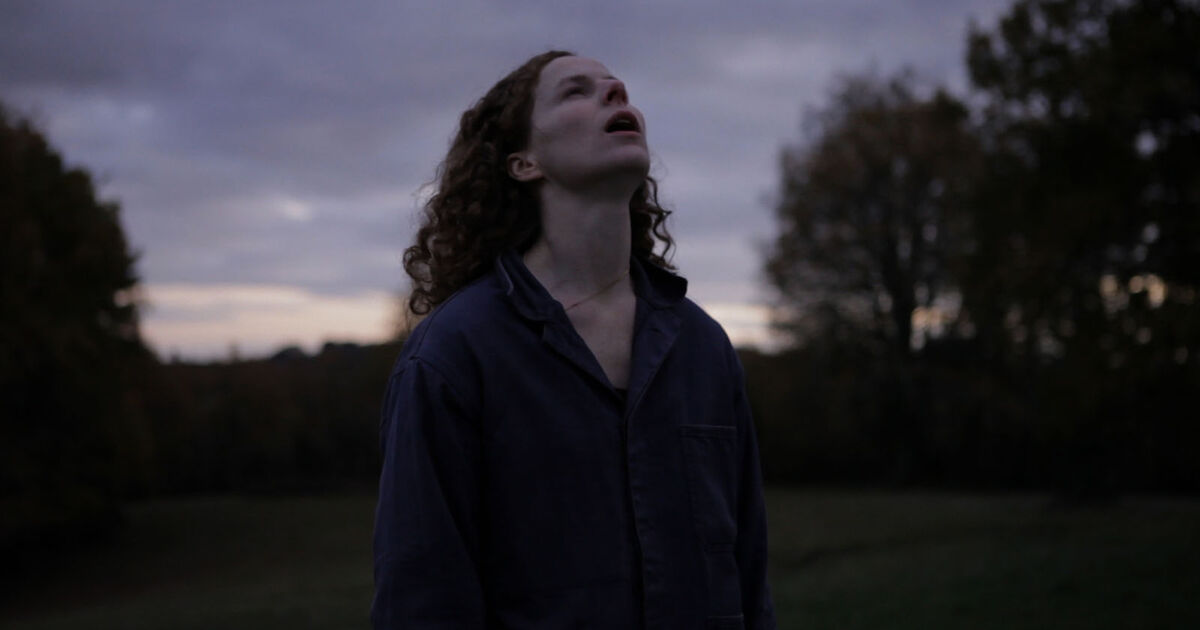 Pamela Varela’s beautiful feature film follows the journey of a French photographer in the footsteps of the wife of a Chilean poet.

We must start by forgetting Chantal Akerman whose euphony of a memorable film title, Anna’s Rendezvous, constitutes a false lead, a false friend with the film of Pamela Varela Ana’s Journey – nothing to do except, from afar, the meaning of exile and a certain loss of life. There are films which know where they are going and have a clear idea of ​​how they engage the spectator, others not at all, it is even their reason for being and to do what they do, to let themselves bewildering as they unfold an intuition, a map and risky swerves, risky routs in places.

In good port or to its ruin

Ana’s Journey unfolds the shadows of the story from its only actress, Astrid Adverbe with the ophelic freckle and scratched voice that admirers of Vecchiali last way (White nights on the pier, etc.) recognize. She carries the film on her back, shell, costume or burden. A film of wandering between Dordogne, France, and Santiago, Chile, between a documentary collection of wasteland memories and a reconstitution of a biographical shoot for his faded figure, Andréa de Alphonse, wife of the Chilean poet exiled in France at the beginning of the 20th century Francisco Contreras, on the footsteps of which, at her death, she returned to her native country to pursue a private destiny lost to posterity, her own. Nothing remains of Andrea but remembrance shreds by Maritza, the young lady, very much alive, and places crossed out or destroyed (the property abandoned to the weeds). On the back of Astrid Adverbe with the tenfold name of the “A” of Ana the photographer and Andrea the romantic, the task of transporting to port or to its loss the landscaped deployment of a film which mirrors the story. (shards of the inner journey) and as a chameleon contaminated by the decor (fiery colors of the panoramas), the “ready-body” of the exiled Chilean filmmaker herself, and nominee for her troubled, split character, the shadow pursued.

Dead and buried, Andréa demands beyond the grave a new burial, the exhumation of her tiny existence before perfect oblivion. Maritza, the maid, the peasant woman, the putative child until the last breath, destroys the potential romance of the gathered spouses when she drops that an earthquake slid the bowels of the cemetery and carried the graves away, ashes and scattered bones. Like the movie, scattered. Scattering without concealing, showing that there is nothing more to hope to find – hence the need for fiction that reinvests places, like Oliveira in Port of my childhood. Andréa glimpsed in an old photograph, Contreras’ medal face at the end, otherwise there are only the holes in a biography, the poet’s widow having only the right to lament, to devotion for recognition of the beloved man, of stolen hugs and of beautiful women who make their heels collide on the cobblestones of deserted Santiago. He may well stall the tracking shot and the piano, the film derails. Until the green wave on the hillside where Ana, Ondine, not drowned or mad but lost on purpose, returned to the wild life plunges into what she has spilled, floating and naked.