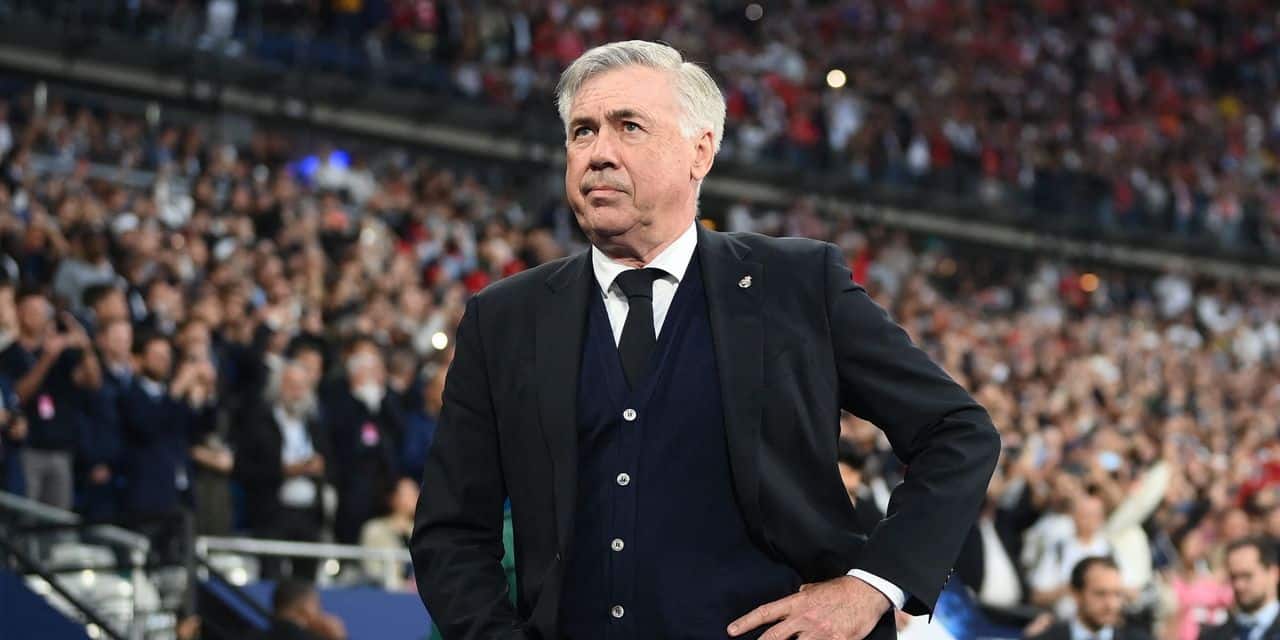 Recalled to the Madrid bench last summer after a first stint (2013-2015) already crowned with a European coronation, “Carletto”, 63 years old on June 10, found a position commensurate with his talent to continue writing. his legend.

His phlegmatic style, which his famous raised left eyebrow betrays on occasion, always pays off: at the end of April, “Il Mister” became the first coach in history to win the five major European football championships thanks to La Liga won with Real.

The photo of the native of Reggiolo (northern Italy), white lock, dark glasses and cigar in his mouth among his hilarious players, then ignited social networks.

“The players are my friends,” smiled the technician, and they gave it back to him on Saturday.

With this new European coronation, the Italian has settled alone in the pantheon of football by winning his 4th Champions League on a bench (2003 and 2007 with AC Milan, 2014 and 2022 with Real), ahead of the immense Zinédine Zidane and Bob Paisley (three trophies each).

Ancelotti’s career had however experienced some air holes in recent years, in Naples (2018-2019) then Everton (2019-2021), clubs of a lower standard than the Italian’s habits, after his failure – relative – at the head of Bayern Munich where he won the Bundesliga in 2017.

Maldini, the former captain of AC Milan, often described him as a “nice big bear” incapable of bloodshed: “It can only happen when he’s eating, because once he holds a fork, it takes an army to stop him!”

It is this calm, this bonhomie, and also an immense experience of human management and tactical science (his famous “Christmas tree” scheme), which have earned Ancelotti, supported on a daily basis by his son and deputy Davide , the support and affection of the heavyweights of the Real locker room.

That wasn’t enough in 2015 to save his head after a disappointing second season.

But the love story between Carlo Ancelotti, whose wife is Spanish-Canadian, and the “White House” was not over.

And when his former assistant Zidane, who became a triple C1 winner on the Real bench, left office last summer, President Florentino Pérez recalled “Carletto”, accustomed to the costume of the peacemaker.

In 2013, his talents as a diplomat had helped to heal the wounds of a Madrid locker room set on fire and bloodshed by his predecessor, José Mourinho.

At Paris SG, where he signed in December 2011, he failed the first year to win the French championship before succeeding in 2013, rewarding the ambitious investments of Qatari owners.

And within the Chelsea of ​​the demanding Russian tycoon Roman Abramovich (now gone), he won a double Championship-Cup of England, before being thanked in 2011.

“After Real, I quit”

The club of his life, however, remains AC Milan, where “Carletto” revealed himself.

As a player, this needy midfielder (26 caps) won two C1s (1989 and 1990) under the orders of the legendary Arrigo Sacchi, before becoming his assistant on the bench for Italy, second in the 1994 World Cup.

After his fourth C1, it’s hard to imagine this bon vivant, a wine and gastronomy enthusiast, lingering in the world of football.

“I would like to spend time with my grandchildren, go on vacation with my wife, there are so many things that I have neglected and that I would like to do”, slipped in early May the Italian, under contract until in 2024, at the microphone of Amazon Prime Video. “After Real yes, I will probably stop. But if Real keep me here for ten years, I will train for ten years.”

History of the house of Trujillo in Najayo