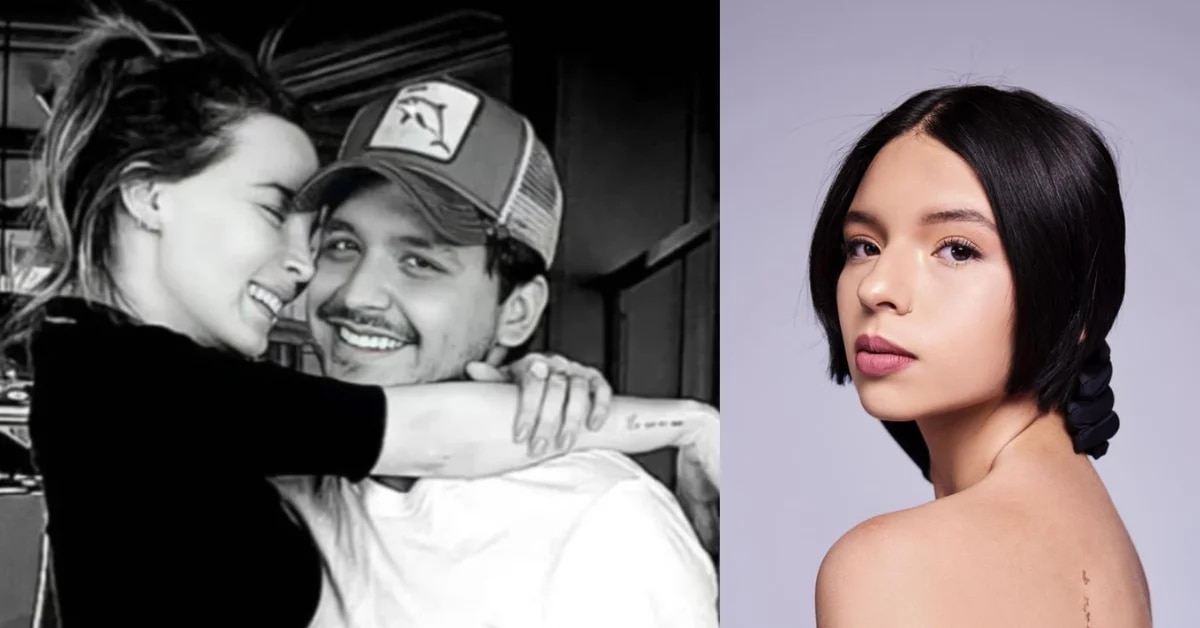 After the controversy that was unleashed by the sentimental rupture between Belinda and Christian Nodal, the interpreter of the Mexican regional, Angela Aguilar, It went viral on social networks after pronouncing the iconic phrase of the Spanish actress that she said in front of the media several years ago, but that has endured over time in the memory of the public.

Last Thursday, February 24, the annual delivery of the Lo Nuestro Awards at FTX-Arena from Miami, Fla. The ceremony was full of surprises such as the special delivery of awards to the trajectory, the tribute to Vicente Fernández and the musical shows of the artists of the moment. But without a doubt, the Mexican who captivated was Ángela Aguilar, who in addition to her presentations, made the public fall in love with her beauty.

During the broadcast, Pepe Aguilar’s daughter went viral on social networks for her sophisticated looks that she wore from her arrival on the red carpet, to the outfits that highlighted her beauty on stage. However, she also ran an Instagram story online that she recorded. Jhonny Cazmember of Firm Group, when he met the 18-year-old interpreter through the corridors of the venue.

The short video begins with the singer’s reaction when he saw that Ángela Aguilar was approaching: “Look, the most beautiful”, He said as they hugged each other. “My life, congratulations. She is winning, she is winning in life, I love her very much”, continued the native of Culiacán, Sinaloa, speaking to his Instagram followers.

The comment would lead Angela to revive Belinda’s iconic phrase by pronouncing, laughing, “won as always”. The Instagram story soon went viral on social networks due to the reference she made to the statement that the Spanish actress gave some time ago in a meeting with the media. On that occasion, she said: “I super good, everything perfect, winning, as always”.

Without further ado, the interpreter of where they see me He continued on his way to the stage, but his words echoed among Internet users due to the recent breakup between Belinda and Christian Nodal, in addition to those who recalled the controversy in which the three artists were involved after it was released. tell me how you want and Aguilar’s opinion on the breakup.

The singer thanked the recognition with this message that she published on her social network along with a series of photographs (Capture: @angela_aguilar_/Instagram)

It was in November 2020 when the Mexican regional singers released their collaboration that quickly climbed the popularity charts in Mexico. It turned out to be so successful that the fans of both expected more songs together, but it was not like that and they began to speculate about a possible estrangement that would have been caused by work jealousy, but neither confirmed or denied the information.

On the other hand, during an interview for the show Today, Ángela Aguilar regretted that the couple ended their relationship and took advantage of the cameras to send them messages of support in the face of the situation they are experiencing. She also commented that if she had been in her position, as one of the most mediatic couples in recent years, she would have kept everything private.

“It makes me gachísimo, poor thing. Any breakup is very horrible, it’s very sloppy […] lI send a lot of love to both of you, a lot of good vibes, a lot of enthusiasm in your career and in everything […] That’s something I would have done differently. For me, I feel that the best thing is to keep it for you”, he mentioned.

Despite the controversy over the viral video, Ángela Aguilar continues to reap successes in her career. During the awards ceremony she was awarded in the category “Female Revelation Artist”. She also received a wave of applause with her performances and her special participation in the tribute to Vicente Fernandez beside David Bisbal, Christian Nodal, Grupo Firme and Camilo.

What happened to Rick Astley: from global mega-success to ostracism and an inglorious return
Benicio del Toro: he lost his mother at age 9, why he left his business career and how he was the youngest villain in 007
The most successful movie songs on the Billboard ranking before “We don’t talk about Bruno”

Basketball – Switzerland wins Austria and 1st place in the group!