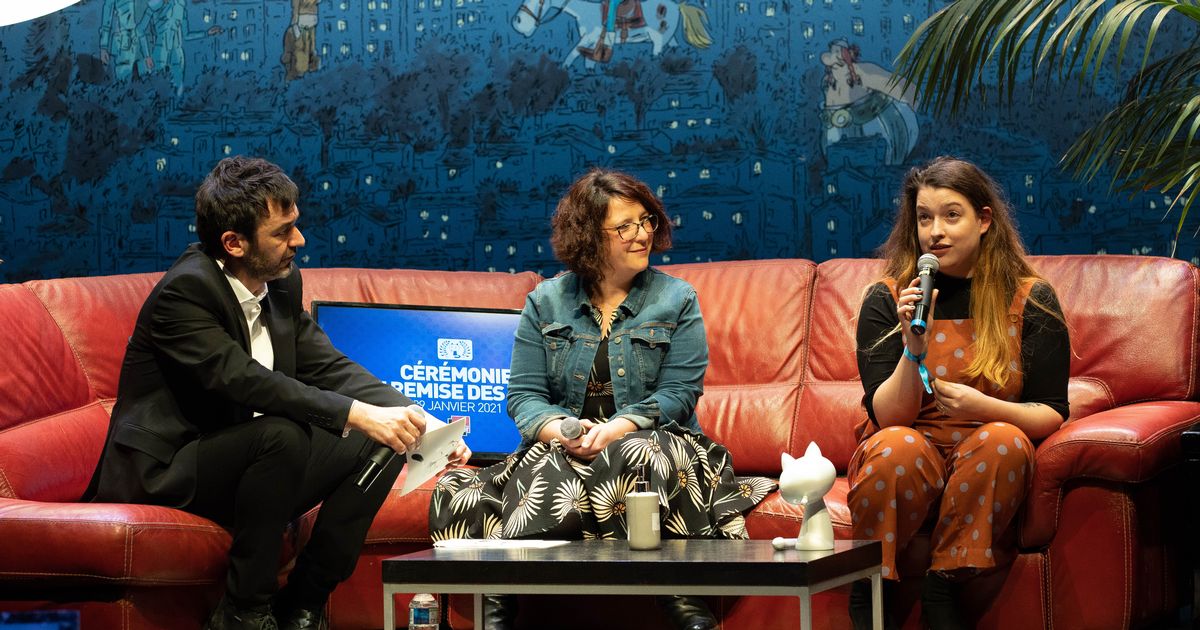 The Angoulême International Comics Festival unveiled its annual prize list on Friday, with the exception of its Grand Prix. The American graphic novel “The Hunting Accident” won the award for best album, in a special atmosphere.

The big winners were Americans Landis Blair and David Carlson, who were awarded by the jury the Fauve d’Or for best album for “The Hunting Accident”, a long graphic novel on Chicago of the last century.

Only journalists, representatives of the winners, members of the organization and the mayor of Angoulême were allowed to attend the event in the city theater, organized after the 6 p.m. curfew.

“Scary to get into a precarious job”

The special jury prize was awarded to Briton Steven Appleby for “Dragman”, a superheroine behind which hides a father. The high school students’ prize awarded “Peau d’homme” by Hubert and Zanzim, already crowned with numerous other awards in comics. Finally, the revelation prize went to Maurane Mazars for “Tanz!”.

The latter was among the few winners present. “It’s pretty scary to know that we are embarking on a precarious profession (…) It’s hard for us, authors, in this flourishing market, but where the authors are increasingly impoverished”, a- she said.

On the other hand, we will have to wait for the general public edition of the Festival, scheduled for the end of June, for the Festival’s most prestigious award, the Grand Prix, given to an author for his entire career.

This general public edition, postponed to the summer due to the pandemic, could be held entirely outdoors if the health crisis still prevents indoor gatherings, which seems likely. But she is also threatened with a boycott by disgruntled authors.

Indeed, a forum, signed by nearly 700 authors, some of whom were in the official selection, and even awarded, such as Zanzim and Maurane Mazars, threatens a “total boycott of the public side of the Angoulême Festival, if no a real and concrete act is not taken by then, with regard to our professional status, our representation and a fair rebalancing of the book chain “.

The signatories denounce a galloping precariousness in the world of comics. “If things don’t change I won’t be here in June. I will stand with the other writers, because they are really fed up,” Zanzim said on Friday when receiving his award.

The management replied, in an open letter, that to allow these exhibitions, the Festival had been forced “to invest, to commit (…) budgets that it does not have” for lack of revenue.