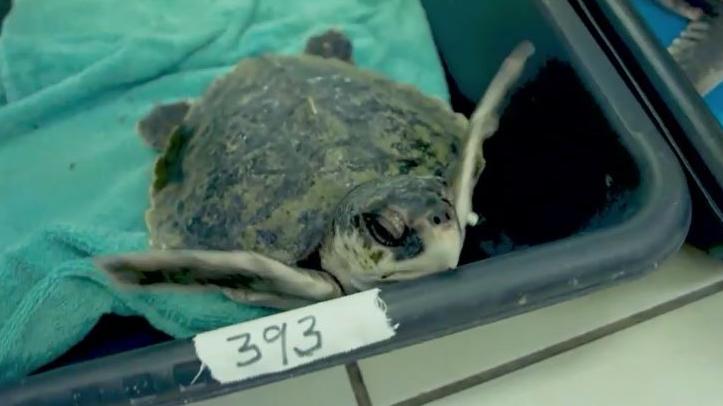 As many as 40 endangered sea turtles floated helplessly in the Atlantic off Cape Cod on the east coast of the USA. Because they had been exposed to the cold water for too long, they had fallen into a kind of “cold rigor” – their certain death without the intervention of animal rights activists. You can see how the turtles are doing in the video.

Turtles warmed up and cared for

The animal rights activists put the turtles on an airplane and took them to a sanctuary in warm Florida. “The turtles that are sick also have to be tested to see whether they are suffering from pneumonia or other infections,” says Bette Zirkelbach, who runs the turtle hospital. Depending on how the animals are doing, feeding them up takes between 30 days and a year. When the turtles regain their strength, they should be released in the warm waters of the Caribbean.

The Olive Ridley sea turtle is one of the most endangered species of turtle in the world. According to Zirkelbach, people are primarily to blame for their decline in the USA. Many animals get caught in fishing nets or can no longer find enough breeding places.