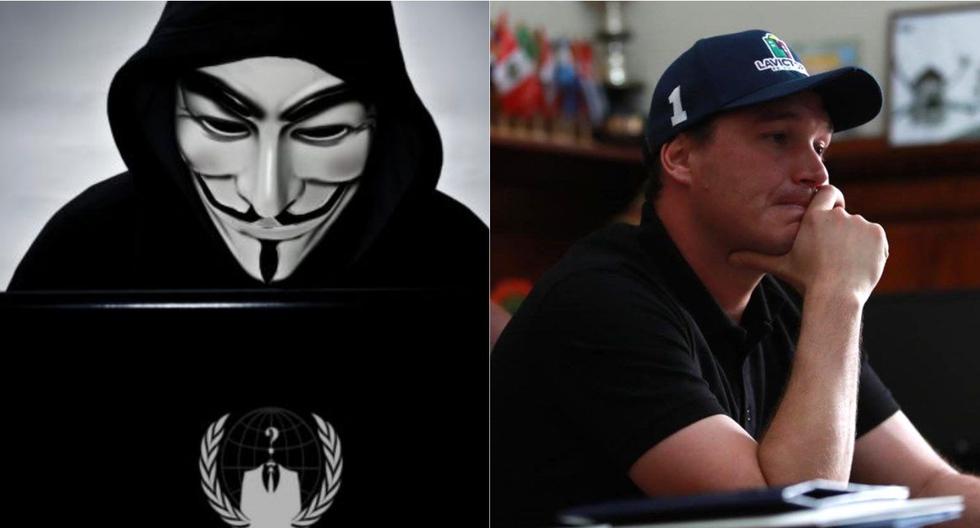 Through social networks, a video with the voice of Anonymous that narrates about the political situation in Peru and that mentions the presidential candidate George Forsyth as “the only popular leader” who fights against the “mafia of politicians.” However, the group of hackers and activists denied the making of the content and issued a fierce warning.

“OpPeru will now target George Forysth. You should have waited for us. The typical truth has just been exposed to the ground. Another point where this video is fake, it has a watermark at the top. Anonymous has no watermarks “, it reads on Twitter.

According to Anonymous Peru, the template used for audiovisual material it was stolen for a fake Facebook page and that, for that reason, had a watermark.

#Anonymous #OpPeru – OpPeru will now be targeting @george_forsyth, George, you should have expected us. The typical truth has just been exposed to the ground. Another point this video is fake, it has a watermark at the top. Anonymous does not have watermarks. https://t.co/a1vFutcjTo

One of Anonymous’s Twitter accounts created a survey for users of that social network to choose two options: “Post leaks” O “remove the website”. This after the fake video that leaves Forsyth as the only politician the country needs.

What action against George Forsyth first?

you can use a translator if you dont understand english well.

It should be noted that the network of hackers and activists stated that Does not support to any political party or candidate for any public office.

What did George Forsyth say?

The presidential candidate, faced with the warnings, decided to respond to Anonymous. He claimed that the viral video on social media was false and that it is an “unethical” political campaign against him.

“Hello Anonymous: don’t believe everything you see online. I have nothing to do with that video. Like most political campaigns, some use unethical tactics like this fake video “, answered the former mayor of La Victoria.

Hi anonymous: please don’t believe everything you see online. I have nothing to do with that video. Like most political campaigns, some use unethical tactics such as this fake video.

José Mourinho’s lament for the death of Diego Maradona