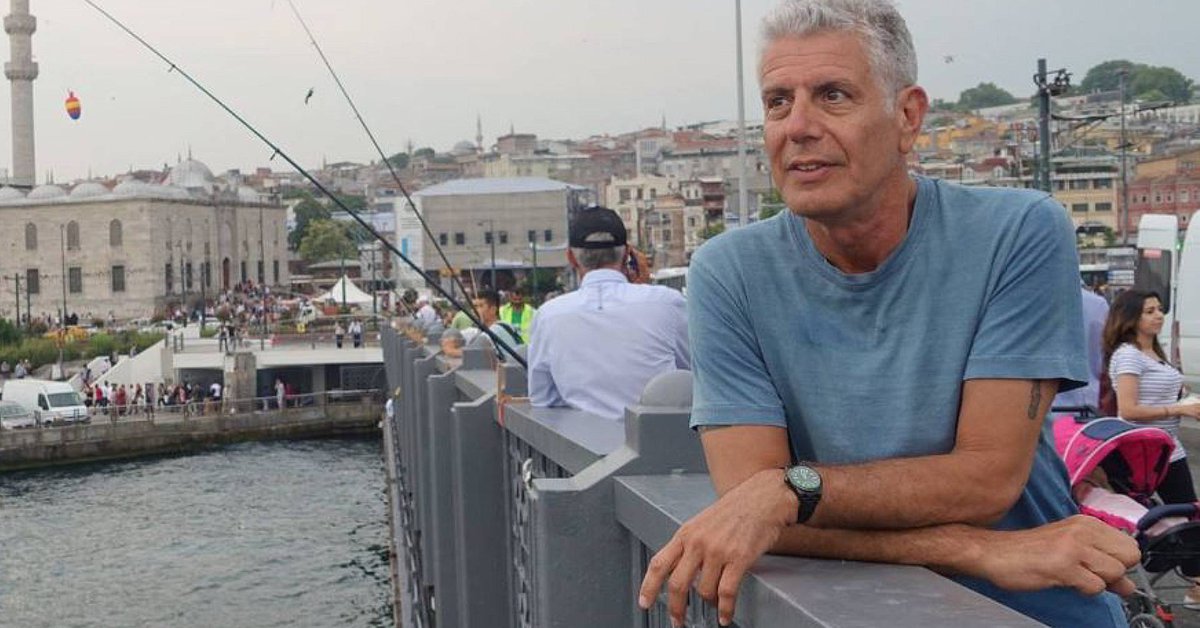 Three years after his unfortunate death, relatives, friends and acquaintances of Anthony Bourdain They revealed curious details and the odd mania that few knew about the famous American chef. After the publication of the book Bourdain: The definitive oral biography and the premiere of his documentary Roadrunner: A Film About Anthony Bourdain, The controversial statements made in the materials by some of the people who were fortunate enough to live with the renowned chef came to light.

Your ex-assistant Laurie Woolever She was the first to raise her voice about the things she discovered when she was doing the research for the aforementioned book, material she wrote inspired by the lives of the also American presenter.

In an interview for the newspaper The Post, Woolever confessed that during the interviews he realized that most of the chef’s friends wanted to spend more time with him and, although they did, it was not enough, since the Bourdain always wanted to be doing something.

“(I found) stories I had never heard and insights and observations that were new to me (…) I learned something new from each person I spoke to”He declared. Some other statements were also found in the book, such as: “It was a shark, always on the move. He had to move to survive, “he recalled. Nick Brigden.

“Every time I was with him I wanted it to last longer (…) I wanted to be friends with him, I wanted him to like me a lot ”, he mentioned Anderson Cooper.

Within his extensive research on the renowned chef he worked with in 2002 when they met to create a cookbook, Woolever returned to a very special revelation in his book, as Bourdain had an obsession with being tanned.

“I remember him joking that he would compete in the Olympic Games by Tan George Hamilton”, Confessed his brother Christopher Bourdain. “She tanned, I think largely to hide her heroine’s paleness (…) looked like a Versace bag “, said James Graham.

Anthony Michael Bourdain was married twice in his life, the first time he reached the altar was in 1985 with Nancy Putkoski, But the couple did not prosper and 20 years later they ended their relationship. In 2007 he joined Ottavia Busia, with whom he fathered his daughter Ariane but also ended up divorcing in 2016.

“I did not like his appearance in recent years (…) it seemed that he no longer cared about being tanned “. His first wife Nancy Bourdain confessed in the book, while his second agreed with her in a way: “He was much darker in the last year of his life. I stopped watching the shows towards the end, because I really couldn’t recognize it”.

His late wife Ottavia took advantage of the space provided by the former chef’s assistant to talk about the first time she dated Bourdain. The mother of the American’s only daughter stated that her ex-husband was nervous about their age difference being realized.

On the other hand, his brother Christopher Bourdain represented the main source of information for Woolever to have access to the childhood of the renowned chef. Thanks to his stories, it was discovered that Bourdain grew up as a believer in the Jewish religion until his teens, where he left those beliefs.

Another point that was touched on in the book was that the American had always wanted to be a writer, however, he had the opportunity to first enter the world of cooking to later fulfill his dream with his books under the same theme as Kitchen Confidential.

Both his work as a chef and writer were recognized by great personalities of the medium such as David Simon and Panio Gianopoulos.

The limitless life of Anthony Bourdain, the kitchen revolutionary who tried everything and killed himself out of dissatisfaction
How is “Roadrunner”, the documentary about Anthony Bourdain
Anthony Bourdain: Travel Secrets and a World Atlas from the Charismatic Kitchen Rockstar