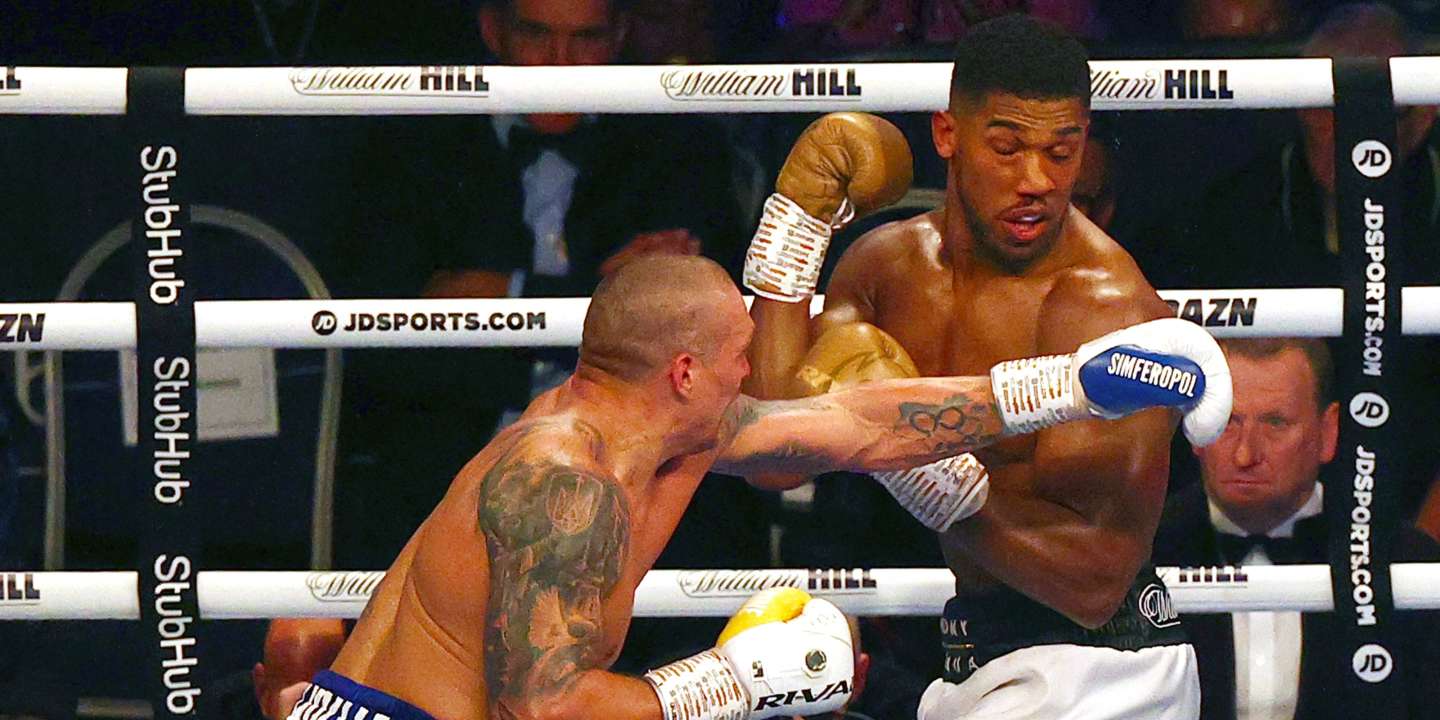 Raised in 2019 light heavyweight where he was unified world champion, Usyk made speak his technique and his superior liveliness against a Joshua who never really found his rhythm. The Briton, who concedes his second defeat in 26 fights, was beaten on points and unanimously by the judges (117-112, 116-112, 115-113).

“The fight went exactly as I expected. Sometimes he jostled me, but never too hard ”, assured Usyk, still undefeated in 19 fights, after the match at the microphone of Sky Sport. “My goal was not to knock him out. At the beginning I was hitting hard to try to knock him out, but my trainer asked me to stop and just do my job ”, he added.

A clause for a rematch

Because of the loss, Joshua and everyone in boxing see the prospect of a 100% British unification fight fading away against WBC champion Tyson Fury, who is set to face Deontay Wilder in Las Vegas on October 9.

Joshua has a clause for a second fight against Usyk to try to get his belts back, as he did in December 2019, after the first loss of his pro career, against Andy Ruiz Jr in June 2019.

Before planning for a rematch or another challenge, Joshua will have to digest this missed meeting. Matchroom, the promoter of the two boxers, had made it big, not skimping on the fireworks and other pyrotechnics around Joshua’s entrance.

Very relaxed, he had waddled and sang the anthem commissioned by one of his main sponsors, encouraging the 60,000 or so spectators in the Tottenham Hotspur Stadium with arm movements to make even more noise. Before him, the Ukrainian champion had made his entrance to boos in an outfit reminiscent of a cosmonaut suit, with a reflective visor.

Around the ring was a profusion of sportsmen and personalities, such as the four-time Olympic champion in athletics, Mo Farah, the England football international Declan Rice or actors like Idriss Elba.

Faced with an opponent evolving in “False paw” – a left-hander with the right fist in front -, smaller by 7 centimeters and with a shorter reach of 10 cm, the champion was initially rather cautious.

The liveliness of the “cat” paid off

During the first two rounds, he mostly looked for the right distance with jabs from the left. But in the third, it was Usyk who was the first to seek to support his punches by taking advantage of his greater vivacity of movement and of arms which earned him the nickname of « Chat », hitting Joshua in the face with a left hook 15 seconds from the bell.

It was not until the 5e round to feel the Briton return to his fight and become more active by seeking to vary his strikes and also work on the body. The Ukrainian, who was only in his third heavyweight fight after dominating the light-heavyweight category, began to feel more and more of Joshua’s right, losing the 5e and 6e rounds.

He rebelled in the 7e, pushing back on his support Joshua after a wide left hook 40 seconds from the end of the recovery. At the 10e resumed, both boxers were scarred, Joshua’s right eye closing as blood flowed from a cut above the same eye in his opponent.

It felt like it could still rock on both sides, but the fresher, more active and more precise Usyk accelerated and won the last two rounds by a large margin, leaving the stadium in astonishment.

A habit for the Ukrainian who has made a specialty of going to beat his opponents at home, whether in Germany, Poland, Russia, the United States or London, as in his last victory, by unanimous decision, against Dereck Chisora.