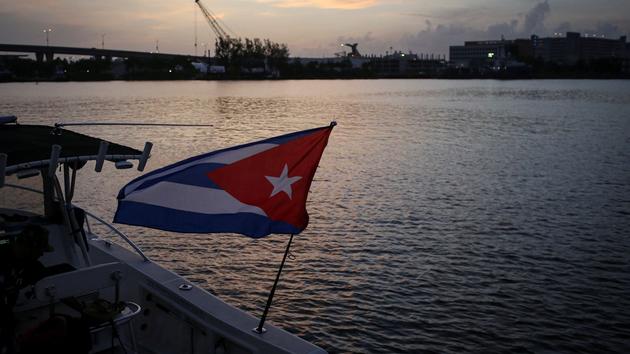 “They were Cuban Americans. They were 15 miles away and they shot fireworks that you could see from the coast ”, confides this resident of the coastal town of Camilo Cienfuegos, a few kilometers from Havana. After several days of procrastination, a flotilla of six pleasure craft, escorted by the United States Coast Guard to avoid any incident, left Key West to position themselves at the limit of Cuban territorial waters. The activists then waited until nightfall to fire fireworks visible from several districts of the capital. “I identify with what happened in the protests. Going to international waters is a way of telling the people who reside on the island that they have the support of those who live in Miami.Jose Portieles, one of the organizers of the flotilla, told Associated Press. We also want to bring to the attention of the United States government that it needs to do

This article is for subscribers only. You have 66% left to discover.