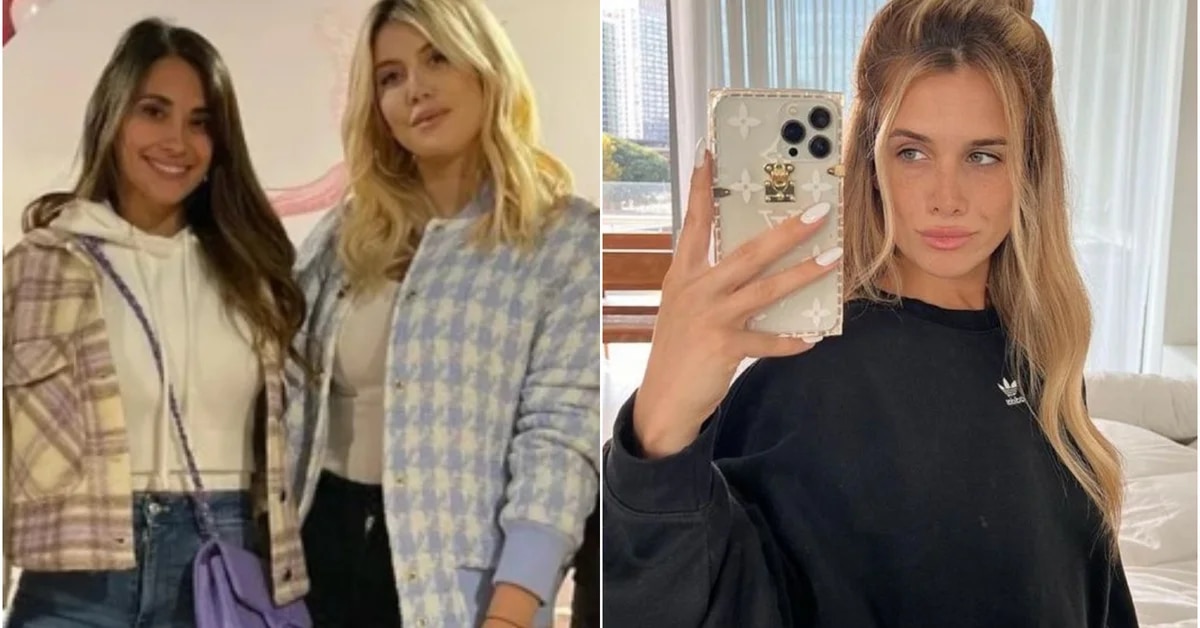 “My relationship with Rodrigo is cordial for the good of our children”was the first thing he said Camila Homs in an interview he gave during a fashion show for a major cosmetics brand. He was referring to his current bond with Rodrigo De Paulwith whom he was in a relationship for more than 12 years and as a result of their relationship they were born Francesca (3 years) and Bautista (9 months).

Recently incorporated into the Multitalent agency and debuting as a model, the soccer player’s ex-partner avoided making public statements due to the confirmation of the affair with Tini Stoesselwho enjoyed a few days of vacation in Ibiza, Spain. “I’m not going to talk about this issue, I keep it to myself,” Homs repeated over and over again at the insistence of the press present at the event. Meanwhile, she clarified that she did not want to refer to the dates either: it is that she had assured that in January it had been the “end point” of their relationship, but it was learned -through Yanina Latorre- that in July of last year she signed a separation agreement with De Paul. In this way, any type of assumption about a possible deception would be ruled out.

Asked if she had felt hurt or affected by everything that had come to light in the last few hours, Camila was categorical: “Logically, it is a difficult situation, a difficult moment for me. But I have nothing more to say about that.”

Hours before attending the parade in which she was one of the figures most sought after by the press, the model shared a photo on her Instagram account, a social network in which she has more than 200,000 followers. “Naturally”he wrote next to the selfie he took in the mirror of the apartment room Madero Port to which she moved when she arrived from Madrid, recently separated from Rodrigo De Paul. She there she wears a black sports outfit and shows her cell phone case designed by the exclusive Louis Vuitton brand.

And among the thousands of comments that the publication obtained, those of Antonela Roccuzzo, Wanda Nara, and other wives of soccer players with whom Camila has a good relationship.

With the wife of Lionel Messi, for example, they are very close since Rosario and De Paul share a room when they travel with the Argentine National Team. “Hermosa”, wrote the mother of Thiago, Mateo and Ciro and added several emojis of red hearts. Mauro Icardi’s wife, for her part, also commented on a heart of the same color.

Natalie Webercouple of Mauro Zarate and who also works as a model, signed a flame of fire and a heart. Sofia Balbi, wife of the Uruguayan soccer player, did the same thing. Luis Suarez. “Naturally beautiful,” she wrote. And Camila Galante, wife of the Argentine player Leandro Paredesleft the same emojis that Weber had put.

Other women then followed up by commenting on the post. And among the more than 60 thousand “likes” that the photo obtained, that of the Argentine actor stood out Mariano Martineza gesture that caught the attention, at least of those who do not know if there is a link between them or if it is simply a virtual wink.

Rihanna and A$AP Rocky’s romantic night in Santa Monica, Gigi Hadid’s birthday in New York: celebrities in one click
Abel Pintos: “There was a time when I should have apologized to my parents for my arrogance”
The secrets of Tato Bores: from speaking fast due to suffering from “the fear of the bullfighter” to the reason why he wore a tailcoat
Karina Rabolini turns 55: her debut on the catwalks, the love that surprised her and the reinvention as a businesswoman

Egypt asks FIFA for direct qualification for the 2022 World Cup!