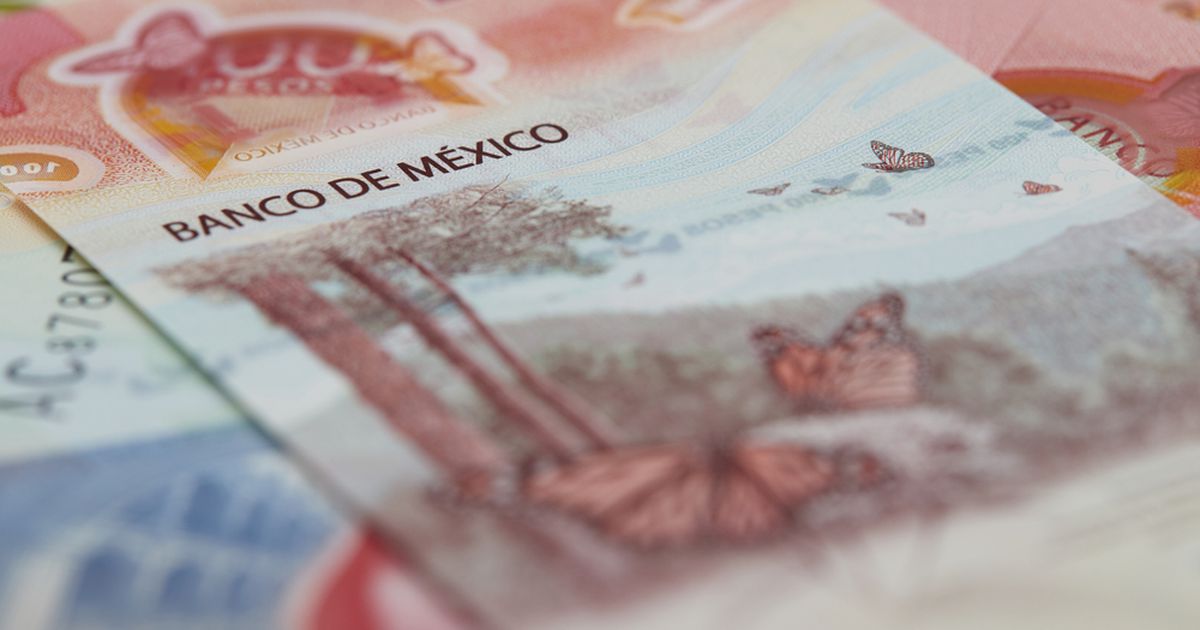 The greater perception of risk in financial markets triggered the dollar against the main currencies and considerably weakened the Mexican peso, which in the last five days accumulates a loss of 3.0 percent, equivalent to 61.2 cents, and analysts expect an increase in the reference interest rate of the Bank of Mexico (Banxico) give you a break.

Exchange rate it touched a minimum of 20.28 units and a maximum of 20.49 pesos per dollar.

The Mexican currency fell 1.04 percent on Wednesday, which linked five days with losses; It reached 20,592 units, its highest level in just over three months, since last June 18, and reached a maximum price of 20.65 units during the day, according to data from the Bank of Mexico (Banxico).

On bank window, the dollar traded at 21.09 units, according to Citibanamex data.

Gabriela Siller, director of economic and financial analysis at Banco Base, indicated that a rise in the benchmark interest rate by Banxico could help the exchange rate. He estimated that with an increase of 25 basis points, as expected by the market, the price of the dollar could moderate towards levels of 20.40 pesos. He added that there is a small possibility of a greater increase in the rate, which would take the dollar towards 20.20 pesos.

For its part, the Bloomberg index, which measures the strength of the greenback against a basket of 10 currencies, rose 0.42 percent to 1,154 points, its highest level since November 2020.

The risk of a default on debt payments in the United States as of October 18 has investors on alert and the US Congress will probably make headlines for the rest of the week, as Democrats and Republicans continue to negotiate an increase to the ceiling of the liabilities and readjustments to the social spending plan of the administration of President Joe Biden.

The last partial cessation of operations in the northern neighbor occurred from December 22, 2018 to January 25, 2019.

Oanda analyst Edward Moya explained that the dollar may still rally given Evergrande risk, inflationary pressures, and some currency traders seeking protection against a weaker euro.

“If commodity prices come under pressure and that risk increases as China and the European Union worry about a full-blown energy crisis, the dollar could see another major move higher.”

Third rise in Banxico is expected

Banxico will have a new monetary policy meeting today, so analysts are already discounting a new upward adjustment of 25 basis points to the reference interest rate, which would remain at 4.75 percent.

In an interview, the BNP Paribas economist for Mexico, Pamela Díaz, indicated that this new rise in the target rate is foreseeable, given the prospects shown by the Fed and local inflationary pressures, which she estimates will persist throughout this year.

“Our expectation is for another 25 basis point increase in the benchmark rate. There are various factors; It seems to me that the main one is going to be related to the recent inflation reading, we had another upward surprise in the first half of September ”, he said.

Ernesto O’Farrill, president of Grupo Bursamétrica, agreed that there will be another increase in the reference rate, and another decision divided between the members of the Banxico Governing Board, as has happened in the last decisions, with the deputy governors Galia Borja and Gerardo Esquivel as dissidents.

“The market has already discounted more hikes to the reference rate in the remainder of the year, and in this new monetary policy decision we would see an increase of 25 basis points,” he said.

José Luis Ortega, director of BlackRock’s debt and multi-asset teams, pointed out that the market has already discounted the new increase in the interest rate, and the discussion would focus on whether it is 25 or 50 basis points.

“Recently, in the last inflation reading, it came out higher than expected, and that has helped some to think that Banxico could rise 50 points, and there has been a certain rise in debt instruments, precisely anticipating that scenario, however, in my scenario, I keep thinking that it will be a rise of 25 points ”, he added.

He indicated that, depending on inflationary expectations, the monetary authority could leave the rate between 5 and 5.25 percent this year.

“It will be very interesting to see the following inflation readings, and see how Banxico approaches the rise we are seeing in prices; which is a global phenomenon. Both developed and emerging economies are facing a rise in prices, ”he said. Therefore, the specialist considered that Banxico will update its estimates of the general price level, expecting a convergence to the target range (3 percent +/- 1 point) towards the end of next year.