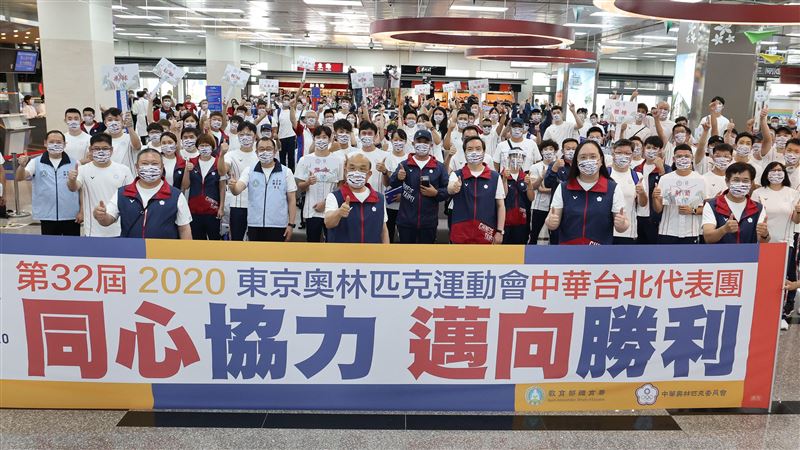 The Tokyo Olympics will kick off on the 23rd. The Chinese Olympic delegation set off at Songshan Airport on the 19th for a chartered flight. However, the badminton queen Dai Ziying said on IG: “I miss EVA Air, and I can take a business class.” It caused a heated discussion among netizens, yes. Premier Su Zhenchang, who attended the drop-off this morning, said on Facebook that he had called Dai Ziying earlier and said sorry to her, and asked the Sports Department to convey the government’s apologies to all the players.

▲The Chinese delegation for the Tokyo Olympics set off for Tokyo today (19) on a chartered flight. (Photo/Provided by the Chinese Olympic Games)

The Chinese Olympic delegation set off on a chartered flight from Songshan Airport on the 19th to Tokyo. The chartered flight members include weightlifting, badminton, gymnastics, archery, billiards, boxing, canoeing, judo, swimming and taekwondo teams. However, it is said that players can only take economy class. Dai Ziying, the badminton queen, was a little uncomfortable. Dai Ziying said on IG: “I miss EVA Air. I can take a business class.” Aroused discussion among netizens.

In response to this, Executive President Su Zhenchang said on Facebook in the evening: “The protagonists of the Olympics are the athletes, not the accompanying officials. The purpose of letting the Olympic athletes take the chartered flights is to allow the athletes to have better care and assistance. Nowadays, the relevant administration I have to apologize to all the Olympic delegation athletes for the issue of the personnel flying in the business class and the competitors flying in the economy class.

Su Zhenchang mentioned: “In addition to calling Dai Ziying earlier and saying sorry to her, I also asked the Sports Department to convey the government’s apologies to all the players. I also asked the Minister of Education Pan Wenzhong to actually supervise the Sports Department and take care of all the players. The demands of national players have allowed them to devote themselves to the event without any worries.”