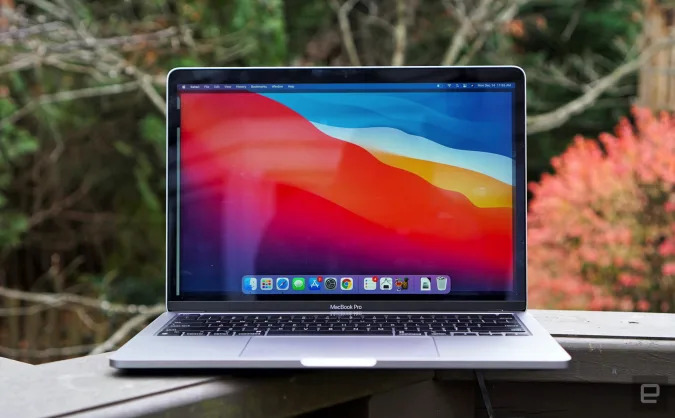 In recent months, the screens of the M1 MacBook Pro and MacBook Air have suddenly cracked,There were multiple reports that black horizontal and vertical lines were included and became unusable... Finally, a class action proceeding against Apple has been filed in the United States.

The proceedings were filed this week in a federal district court in northern California and represent users across the United States who suffered display problems with the M1 MacBook Pro and MacBook Air.

According to the complaint, the reason for the complaint is that Apple committed “false or deceptive marketing”, “fraudulent business practices”, “customer support fraud” and “consumer law violations” with respect to the M1 MacBook. is.

In other words, it is alleged that Apple falsely advertised that “quality, reliability, and durability are premium” while recognizing that the screen of the M1 MacBook is defective.

Plaintiffs allege that Apple deliberately deceived its customers. The reason is that Apple claims on its official website that it is “rigorously testing” the display before it goes on sale, which should have revealed suspicions of defects, but nevertheless it is “luxury and reliable.” It is said that the product was released by advertising that it is “high and durable”.

It is also alleged that Apple’s refusal to repair these failed displays, even during the warranty period, violates California consumer law.

For example, some customers estimated the repair cost of $ 480 (about 52,000 yen) to replace the screen of a broken MacBook Air, and some customers said that it would cost $ 615 (about 67,000 yen). In many other cases, Apple alleged that it was caused by the user and was considered accidental damage, and refused to repair it under warranty.

Not limited to the M1 MacBook, it is not uncommon for it to be damaged if it is closed with dust between the screen and keyboard, for example. However, the complaint alleges that no such customer was present, and that widespread failure proves, above all, a manufacturing defect.

If the plaintiff’s allegations are correct, the replaced display is all defective, whether or not the repair cost is at your own expense. From that logic, the complaint states that Apple involved the customer in an endless loop (repairing and repairing again) and committing further business misconduct.

At the time of writing, this proceeding does not seek damages or financial compensation from Apple. Instead, withdraw the “wrong marketing” of MacBook screen quality and reliability as described above and “correct illegal, unfair, false and / or deceptive behavior, repair or replace, or otherwise. We are requesting that we take appropriate measures.

The complaint then demanded that Apple address the issue within 30 days from August 30th. If Apple does not respond after another 30 days, we have announced that we will take the next step in seeking damages as a class action proceeding on behalf of Apple’s customers and stakeholders.

The amount of damages is estimated to be more than $ 5 million, even excluding the fraudulent profits and punitive damages caused by Apple’s “deceptive behavior.”

An Apple spokeswoman has not commented on the proceedings.

This is not the first time a class action proceeding has been filed for a structural flaw in the MacBook series display. Targeting MacBook Pro in 2020Trial for a backlight defect called “Flexgate”In April of this year, a judge ruled that “Apple sold the device knowing that it was defective.” I would like to keep an eye on future developments in this proceeding as well.