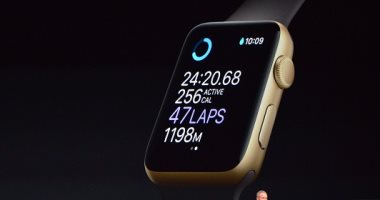 Apple said in a support note that the Unlock with Apple Watch feature may not work on some iPhone 13 phones.

The feature allows users to unlock their devices while wearing a face mask or sunglasses without Face ID or a passcode as long as they have their Apple Watch, according to the Arab Gateway for Technical News.

The company said that users who try to unlock their phones may receive a message saying “unable to communicate with Apple Watch” or may not be able to set up the feature at all.

iPhone 13 users have reported in recent days that the bug appears to have affected the company’s latest phone lines, and some have reported that the feature works well across older models, such as iPhone X, iPhone XS, iPhone XR, iPhone 11 Pro Max and iPhone 12 Pro Max.

iPhone X and later can use the feature with Apple Watch Series 3 and later.

And for iPhone 13 users who want to use this feature, the company doesn’t have a quick fix, although its note at least means you can stop trying to fix it.

Many users have tried reset, unpairing, and repairing the watches to no avail, and some reported that a full reset of both devices fixed the problem, but that seems to be a lot of a hassle just to be able to unlock your phone with your watch.

The company promised that the bug would be fixed in a future software update, although it did not say what the problem was or when to expect the update.

The company said: You can stop unlocking with the watch and use the passcode to unlock the iPhone 13 until the update is available.

To turn off Unlock with Apple Watch, go to Settings and then Face ID & Passcode.

The company introduced the ability to unlock an iPhone that uses Face ID via a paired Apple Watch earlier this year with the release of iOS 14.5.

This option is useful during a pandemic as face masks are being used in many public places, making it difficult for Face ID to identify you.

The feature works on iPhone X and later, and requires both the iPhone and the watch to turn on wireless and Bluetooth.

The watch needs to have wrist detection turned on and to be passcode-protected, and it needs to be on your wrist with its lock unlocked for the feature to work.