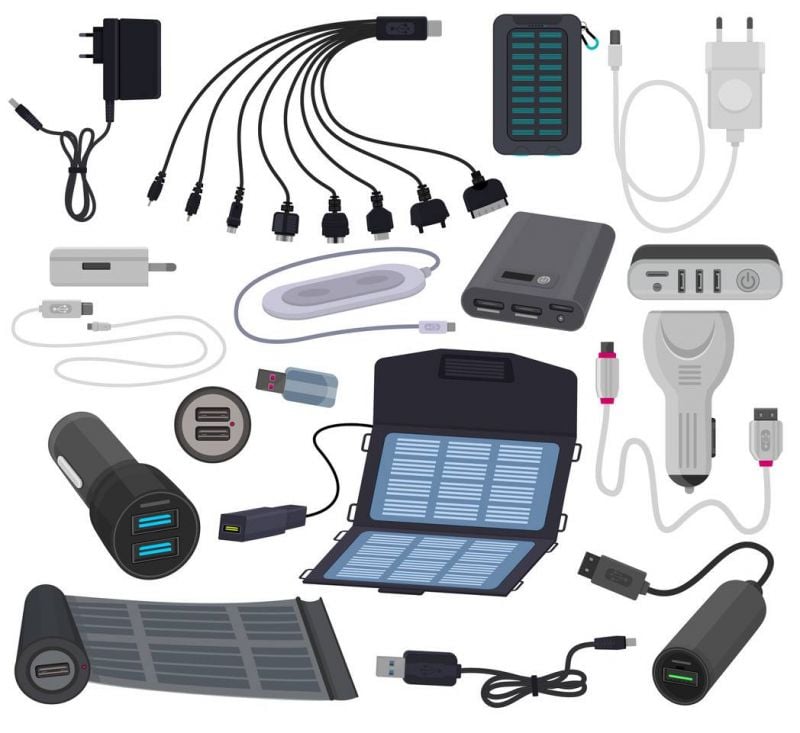 A regulation proposed by the European executive, which will however have to be approved by MEPs and Member States, aims to harmonize the charging ports for smartphones, tablets, cameras, headphones, speakers and portable game consoles … In doing so, it threatens the iPhone connection cables of the Californian Apple group.

This project was launched in 2009 by the Commission and was the subject of a European Parliament resolution in January 2020, but it has so far met with strong reluctance from the industry, although the number of types of chargers have been greatly reduced over the years.

From around thirty in 2009, they have grown to three: the Micro USB connector which has long equipped the majority of smartphones (Android system), USB-C, a more recent connection, and the Lightning used by Apple.

The EU now wants to impose the USB-C port on all electronic devices, which would allow any charger to be used indifferently, while the harmonization of fast charging technologies will guarantee the same speed of charging, avoiding that it is clamped when used with a device of a different brand.

Logically, Brussels intends to decouple the sale of electronic devices and chargers: “A victory for consumers and the environment (…) Europeans are fed up with incompatible chargers piling up in their drawers”, declared the Commissioner European Competition, Margrethe Vestager.

“We have given the industry plenty of time to find solutions. The time has come to legislate, ”she insisted. “It is time to put an end to this sea serpent”, added Internal Market Commissioner Thierry Breton to the press, hoping for the text to come into force within “a few semesters”.

Apple, which claims its Lightning technology powers more than a billion devices worldwide, reiterated its opposition. “This regulation would stifle rather than encourage innovation and harm consumers in Europe and around the world,” the group said.

The firm at the apple, which estimated last year that such legislation would generate “an unprecedented volume of electronic waste” by making obsolete some of the chargers in circulation, is alarmed by the 24-month transition proposed by Brussels, deemed hasty, and the upheaval of its current recycling channels.

The Commission retorts that European consumers, who spend around 2.4 billion euros per year on purchases of chargers alone, could save at least 250 million euros annually, and that waste from unused chargers, valued at 11 000 tonnes per year, could be reduced by almost 1000 tonnes.

The American technological giants “are always playing the game of innovation that we are strangling. This is not a regulation against innovation or against anyone, it aims to make the lives of European consumers easier, ”commented Thierry Breton.

Brussels ensures that companies’ capacity for innovation is preserved, particularly in wireless charging techniques, excluded from the draft directive, because they are still considered to be largely developing in a market that is currently “not very fragmented”.

The ANEC association, which defends the rights of consumers on issues related to technological standards, welcomed the draft directive, while regretting that wireless charging systems, in full swing, are not concerned.

“It is essential to avoid fragmentation in this niche! As the legislation will take time to be discussed and adopted, it should also cover wireless charging ”in order to apply to technologies that are on the way to being the majority within a few years, argues ANEC.

MEPs are also applauding. “We are lugging around enough bad charging cables in our bags” and “waste from electronic equipment is among the fastest growing,” observed Anna Cavazzini (Greens).

“The universal charger will be further proof that the EU can benefit everyone in a concrete way”, against “the indecent waste dictated by the commercial interests of a few industrial groups”, adds Geoffroy Didier (EPP, right).

A regulation proposed by the European executive, which will however have to be approved by MEPs and Member States, aims to harmonize the charging ports for smartphones, tablets, cameras, headphones, speakers and portable game consoles … In doing so, it threatens the connection cables of the iPhone of the Californian group Apple.This project had …