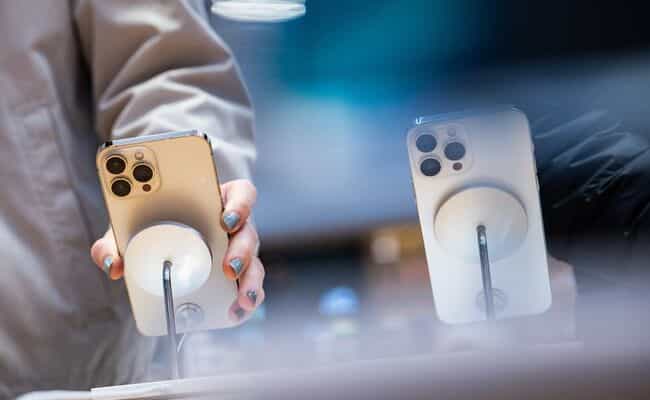 Apple is testing future iPhone models that replace the current Lightning charging port with a USB-C port, according to to report From Bloomberg journalist Mark Gorman, a move that could help the company align with looming European regulations.

In addition to testing USB-C-equipped models in recent months, the company is developing an adapter that would allow future iPhones to work with accessories designed for the current Lightning port.

And that won’t happen until 2023 at the earliest. The company plans to keep the Lightning port for this year’s new models.

The company is simplifying the range of chargers its various devices use by moving to USB-C.

Most iPads and Macs rely on USB-C instead of Lightning. This means that Apple customers can’t use a single charger for iPhone, iPad and Mac, which is odd given Apple’s penchant for simplicity. While wireless chargers for both iPhone and Apple Watch use the USB-C port.

The move, which was also predicted by analyst Ming-Chi Kuo, comes with benefits and problems, and may create confusion for customers. USB-C chargers are slightly larger than Lightning chargers. But it can provide faster charging and data transfer speeds.

The new ports are compatible with many existing chargers for non-Apple devices, such as Android phones and tablets.

And a USB-C adapter that’s still in development can alleviate this problem. But it is not clear if the company might provide it in the box or make customers pay for it.

There is also a wide range of third-party accessories, such as chargers, car adapters, and external microphones, that use the existing port. The switch may force third-party providers to redesign their products.

This shift reduces Apple’s control of the iPhone accessory market. The company requires accessory makers to pay for the use of the Lightning port and to participate in a rigorous approval process.

USB-C is a standard used by many consumer device makers, including most Android phone manufacturers, making it less likely that Apple will be able to exercise its usual level of control.

In recent years, the company has been developing iPhones without any charging port, in an effort to promote the MagSafe wireless charging system that was introduced in 2020.

But the wireless connection is often slower in charging the phone battery and does not sync data with other devices as quickly. It is also not practical in all situations.

The European Union’s decision to force manufacturers of phones and other devices to adopt USB-C is one of the main reasons for the change. Legislation for such a requirement was approved in April by a majority vote.

According to the legislation: Cell phones, tablets, digital cameras, headphones, portable video game consoles and portable speakers, rechargeable via a wired cable, must be equipped with a USB-C port, regardless of the manufacturer.

Apple has pointed out that European law harms its ability to innovate. “We are concerned that regulations requiring only one type of outlet for all devices on the market are harming European consumers by slowing the introduction of beneficial innovations in charging standards, including those related to safety and energy efficiency,” she said last year.

The company could release a version of the iPhone for Europe that is compatible with keeping the Lightning port elsewhere. But having multiple versions of the same device with different ports can potentially lead to more confusion. As well as problems in the supply chain.

The move to USB-C marks the second port change in iPhone history. The company used the iPod port from the original iPhone in 2007 to the iPhone 4s in 2011. But it moved With the iPhone 5 to the Lightning port, it promoted its more durable design that can be inserted into the iPhone in either direction.

They are bald now, but do you remember their long hair?