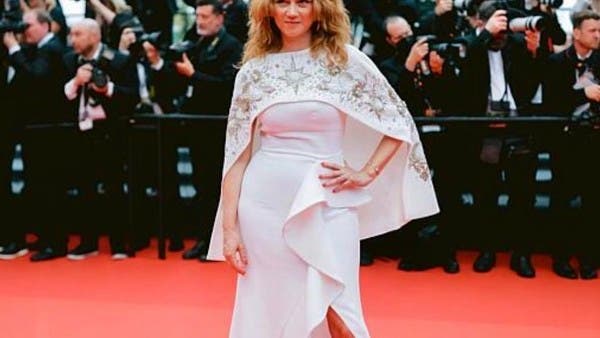 The looks presented by Arab designers were very popular on the red carpet of the Cannes Film Festival, which is still running until May 28. More than 50 international personalities, including actresses, models, and influencers, have starred in their designs. Learn about some of the most prominent looks that bore the signature of Arab women, as follows:

The Portuguese model, Sara Sampaio, sparkled in a red off-the-shoulder dress, distinguished by its shiny fabric, and the long tail that fell from its sleeves. She chose it from Zuhair Murad and paired it with matching Jimmy Choo shoes and Messika Jewelry.

The elegance of Zuhair Murad was also the choice of Romanian actress and model Stefania Christian, who chose a blue dress from the house’s Fall 2022 collection. She coordinated it with Boucheron’s signature diamond jewelry.

– Brazilian model Sofia Racing adopted Zuhair Murad’s designs in a long, coral-colored dress she chose from the Spring-Summer 2022 collection, which was distinguished by soft embroidery on the shoulders and the waist area.

– Egyptian influencer Hadia Ghaleb chose two striking looks on the red carpet of the festival, one of which was a short dress accompanied by a feather skirt, which she chose from the house of Georges Hobeika. The second consisted of a long yellow dress signed by Rami Al Ali, which she coordinated with diamond jewelry by Pomellato.

The elegance of Georges Hobeika was also the choice of Swiss actress Zoe Pastel, who adopted a one-shoulder dress with a separate sleeve covered with embroidery.

– French actress Maren Delterme chose her white dress decorated with gold embroidery from the house of Georges Hobeika, accompanied by a short “cap” that gave it a touch of distinction.

– Russian model Valery Kaufman wore a lavender-colored chiffon dress that she chose from the Georges Chakra Spring/Summer 2022 collection. She coordinated it with diamond earrings and rings.

The Saudi director, Fatima Al-Banawi, adopted a one-shoulder dress, distinguished by its light blue color, and its skirt made of flying pieces of fabric that looked like feathers. This look was signed by Georges Chakra, and she styled it with diamond jewelry by Cartier.

– The Saudi media adopted the atmosphere of Al-Judi in a long dress covered in silver beige, which she chose from the house of Rami Kadi.

– American actress Jessica Wang sparkled a dramatic look in gold, accompanied by a huge “cap” in lilac. She chose it from the house of Tony Ward and matched it with diamond jewelry.

Tau Hercules meteor shower is about to debut, astronomers around the world, meteor fans are waiting