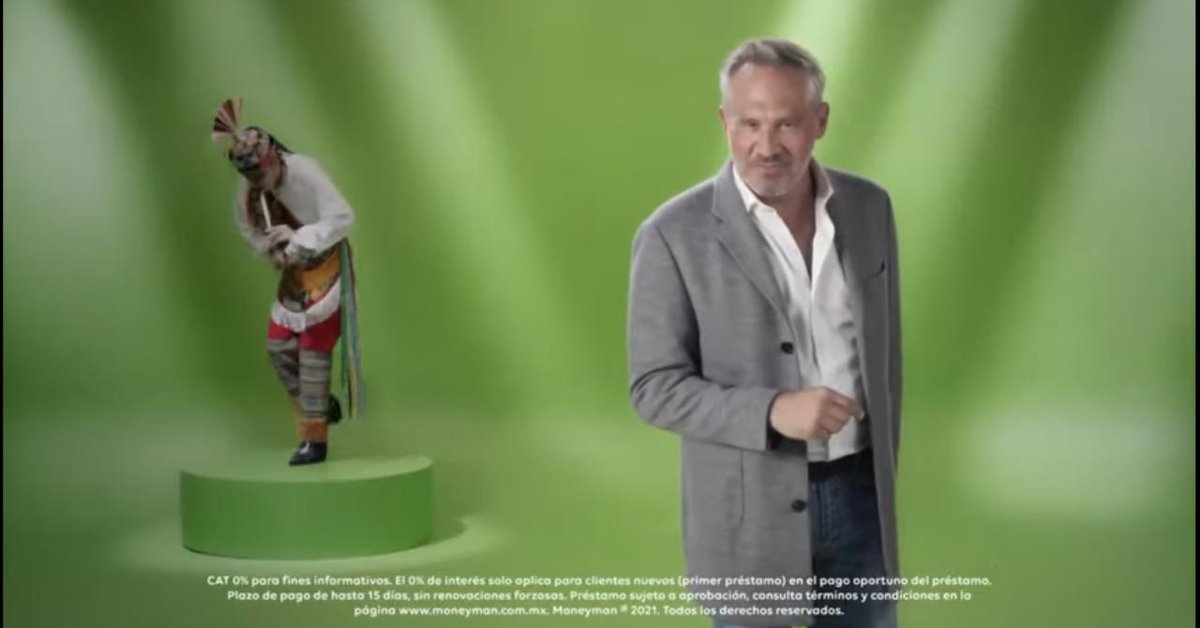 Some days ago Arath de la Torre was caught up in controversy after appearing in a spot advertising for a financial loan company where he assured that the number of laps made by the Papantla Voladores cause him “zero interest”.

This statement generated harsh criticism on social networks where was branded as racist and belittling the ancestral rite of an original people, a pre-Hispanic dance from the town of Veracruz already considered an intangible heritage of humanity.

Faced with the scandal, the presenter He did not appear this Monday in the program Today, which leads from Monday to Friday alongside Andrea Legarreta, Galilea Montijo, Paul Stanley and Lamba García, among other presenters.

AMLO pointed out that the commercial where Arath de la Torre made fun of Papantla flyers was racist (Video: Government of Mexico)

After the absence of the also actor of the new version of Doctor Cándido Pérez, was replaced by the morning production of Televisa for Gabriel Soto, who appeared sitting next to his companions from the start of the broadcast.

It has transpired that Irina Baeva’s boyfriend He will appear all week as a substitute host on the show produced by Andrea Rodríguez. For his part, it was Arath himself who has been sharing with multiple postcards posted on his Instagram account that he is on vacation with his family and friends in the port of Cancun, Quintana Roo.

The driver is traveling in Cancun living with family and friends (Photo: Instagram / @ arathdelatorre)

And it is that the afternoon of this Sunday, June 27, the actor launched a statement through your social networks offering an apology by the situation.

In the text shared through his official accounts, the actor from Dreamy He assured that the message that was given had a tone and interpretation which were not adequate. “I acknowledge this situation and I wish to let anyone who reads this message know that as a Mexican I feel a deep admiration for the Voladores de Papantla and pride in all the traditions that are part of our cultureArath assured.

The company’s statement was also criticized for its writing (Photo: Twitter / @ moneyman_mexico)

Arath and the repudiation in social networks

The company’s unfortunate commercial MoneyMan circulated since June 24 and caused outrage among netizens. Even the federal Ministry of Culture rejected the spot as he assured that “it offends, discriminates, devalues ​​and ridicules the ceremony.”

“(The Ministry of Culture) pronounces against the company Moneyman for misusing the image of the Flying Ritual Ceremony in an advertisement where the ceremony is offended, discriminated, devalued and ridiculed, considered sacred by the bearers of this ancestral practice ”, highlights the statement issued by the government institution.

Likewise, Alejandra Frausto Guerrero, head of the federal agency, remarked that dances and rituals were also part of the cultural heritage and therefore should be protected.

The driver of “Hoy” attacked an Instagram user who expressed his outrage at the commercial (Photo: Twitter / @CitizenEdgar)

“We energetically join the pronouncements that have been made against this publicity and we offer all our support to the Council for the Protection and Preservation of the Ritual Ceremony of the Flyers ”, he declared.

Respect was also demanded for the human and cultural rights of the indigenous peoples who perform this dance and He urged the company to compensate the damage caused. It was deepened that this was one more form of discrimination and racism on the part of certain social strata.

The National Institute of Indigenous Peoples also condemned the event and even the president of Mexico, Andrés Manuel López Obrador, winked at the topic in his morning lecture, expressing his rejection of manifestations of racism:

“Racism unfortunately still exists. A few days ago there was a questioning of dance, of the tradition of the Papantla flyers, racist ”, expressed the Mexican president.

A few months ago, Arath was also flooded by his opinion in the case of sexual abuse of YouTuber Nath Campos (Photo: Today / Screenshot)

AMLO also recalled the episodes in which a former Secretary of the Treasury, the President of the National Electoral Institute (INE), Lorenzo Córdova, and former President Felipe Calderón made racist comments.

“I remember a leader, Which gives me a shame, because he was the Secretary of Economy or Finance of the Legitimate Government, also with a doctorate from ITAM, who wrote an article on The Day and he stated that the Indian is not to blame, but the one who makes him compadre ”, he said.