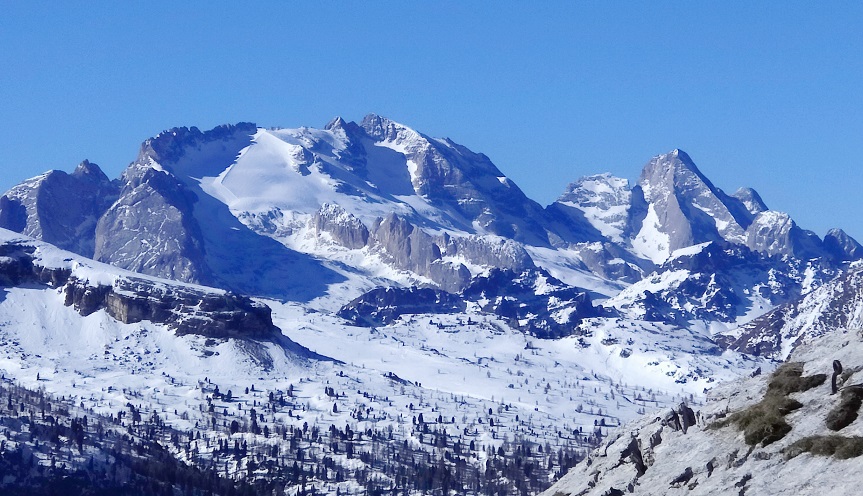 According to experts from the Alpine Association, the dangers in the Alps are increasing as global warming progresses. Damage to alpine infrastructure – such as paths – is also becoming more frequent.

The accident on the Marmolada on July 3, 2022, in which at least six people were killed by a glacier fracture, confirms in a sad and impressive way what is unfortunately obvious: the alpine dangers of mountaineering are undoubtedly increasing as global warming progresses. “In the specific case of the Marmolada accident, it was above all the consistently high temperatures and the resulting rapid increase in meltwater inside the glacier that caused the huge ice flake to slide off,” explains Thomas Wanner, mountaineering expert at the Austrian Alpine Club. “However, the accident on the highest mountain in the Dolomites has nothing to do with a prevailing avalanche danger, as reported in numerous media, although the consequences, namely the falling of huge rock and ice masses, ultimately bring a similar result.”

The danger of ice and rock falls, the danger of falling on steep bare ice fields and the increased danger of falling into crevasses on thin firn layers are concrete examples of the increase in the overall risk in mountaineering, which are directly related to climate change. “Rockfalls are often due to the increased melting of the permafrost ice, the ‘kit of the Alps’ is slowly dissolving. This mainly affects steep rock faces, facing north and at over 2,500 m above sea level,” explains Marco Gabl from the Huts, Trails and Cartography Department at the Austrian Alpine Club. “As a result of the melting, these areas are becoming increasingly unstable. The hotter the summer, the deeper the permafrost thaws and the more unstable the steep rock faces become,” says the Alpine Club’s trail expert.

But the lower regions are also affected: Studies assume that by the middle of the 21st century the frequency of so-called extreme events of the century will increase by 10 to 20 percent. In practice, this means more rockfalls, more mudslides and thus more damage to the alpine infrastructure.

The paths up the mountains are changing

In the future, classic high tours will increasingly be shifted towards spring because there is more snow on the glaciers earlier in the year, so the conditions are more suitable. In the Austrian Alps, too, numerous normal ascents to well-known peaks have already changed a lot and may no longer be accessible in the medium term. “The Zuckerhütl in the Stubai Alps has not been offered by the local mountain guides in summer for several years due to the increasing danger of falling rocks, and the normal route to the Großglockner has already been relocated,” Thomas Wanner informs. Even the famous Matterhorn is regularly closed completely due to the thawing permafrost.

The Alpine Club recommends that you get comprehensive information about the current conditions from the local mountain guide offices and huts, especially before high tours planned late in the season. Especially this year, when there was very little precipitation in the winter and most of the corn snow has already melted away in early summer – and one heat record is chasing the next.

War in Ukraine: Putin orders to continue the war, Zelensky wants to “break the enemy”

In June, the logistics industry climate index rebounded by 2.8 percentage points, and business activities at both ends of the market tend to be active_ Securities Times Network