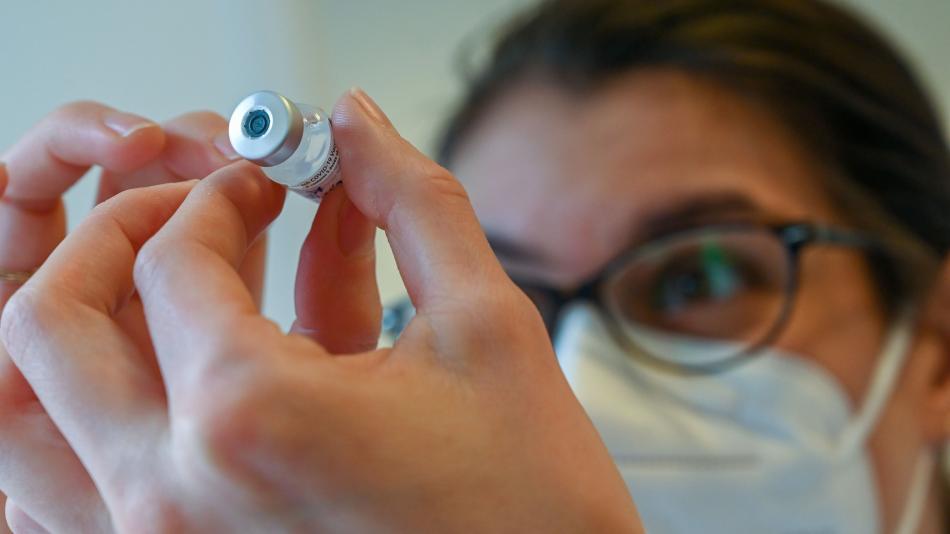 Defined the start date of the National Vaccination Plan, there is an equally important challenge: to reduce the proportion of people in Colombia who have stated that they do not want to receive the biological against covid-19.

We suggest: Covax confirms that Colombia will receive the vaccines of this strategy

It is not a minor number, as revealed by the Social Pulse survey of the National Administrative Department of Statistics (Dane), as only a little more than 59 percent of the participants responded decisively that they were willing to be immunized against the coronavirus.

A proportion that if maintained, as explained by the infectologist Carlos Eduardo Pérez, would violate the general objective of immunization because a minimum of 70 percent is required to effectively stop the virus circulation.

And although the National Vaccination Plan says that receiving the drug is an autonomous, independent and voluntary decision, public health expert Pedro Cifuentes maintains that many people reject it due to unfounded fears.

In fact, the same Dane survey reveals that 65.5 percent of people who are not interested in the vaccine, that is, two out of three, express fears about potential adverse effects. It is striking that this proportion is higher in people with a high educational level (73.3 percent gave this excuse).

Although these vaccines are new, it should be clarified that there is a strict monitoring of their possible adverse events and their safety after being applied. This week’s morbidity and mortality report from the Centers for Disease Control and Prevention (CDC, for its acronym in English) of the United States reported that as of January 28 the safety data for the Pfizer vaccine indicated 11 cases of allergic reactions per million doses delivered.

The infectologist Carlos Álvarez, coordinator of covid-19 studies for Colombia of the World Health Organization (WHO), says that this proportion is slightly higher than what the flu vaccine produces, but less than what was expected based on clinical studies. However, he adds that this relationship decreases to 2.5 cases per million with Moderna’s vaccine and has not been reported in the others that are already being applied.

Of interest: Keys to the vaccination against covid-19 that begins on February 20

Monitoring this indicator allows it to be reduced, because by identifying the characteristics of the person receiving the vaccine, candidates for each type can be selected. Faced with other reactions, the WHO itself has said that those that have been seen are all manageable, something that has been endorsed with studies.

The European Medicines Agency (EMA) released its safety report on Pfizer’s vaccine this week and set the same ratio. And regarding the alleged deaths that occurred in Norway in older people with comorbidities, the agency states that after reviewing the cases they were not related to vaccine safety problems.

“In many cases of people over 65 years of age the progression of multiple pre-existing diseases appeared to be a plausible explanation for death. In some people, palliative (terminal) care had even already started before vaccination ”, states the EMA, which confirms that the applied biologic was carefully evaluated in large clinical trials in volunteers over 75 years of age without specific recommendations being derived for them.

Faced with other concerns, such as the fact that they are new vaccines that use genetic material, which lends itself to fears derived from the fact that said material could integrate into human cells and trigger rare mutations or infertility, various studies have ruled out this possibility. The geneticist Gonzalo Guevara affirms that these biologicals are actually due to years of research and not improvisations.

Further: The countries of the region where the Sars-CoV-2 variants are already

“There is no reason to think that chunks of genes (ARN messenger) are integrated into the cell nucleus. They fulfill a task and in a short time they degrade ”, he affirms.

Cifuentes concludes that we must continue to confront anti-vaccine movements based on pseudoscience. “Science has already fulfilled the task developing vaccines, now what remains is to be well informed so that there are no doubts about the decision to get vaccinated,” he says.