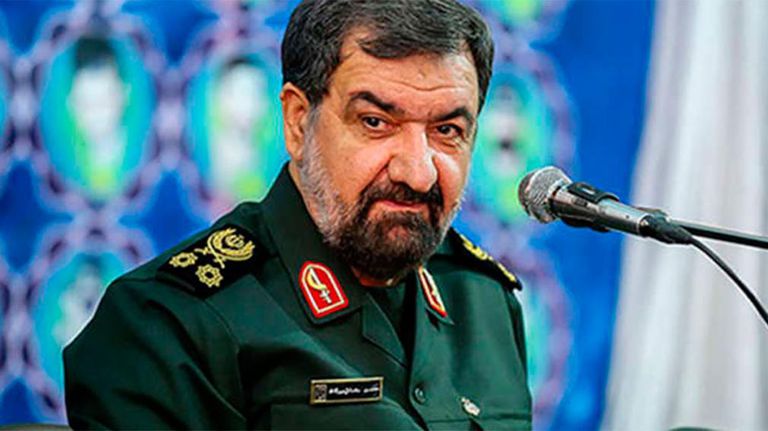 The Argentine Justice asked Moscow this Thursday, after a presentation by the Foreign Ministry, the arrest for extradition purposes of Mohsen Rezai, one of the Iranians accused of the attack on the AMIA, which occurred in 1994. The request comes after the scandalous participation from Rezai to the inauguration of the Nicaraguan president, Daniel Ortega, a ceremony also attended by the Argentine ambassador to that country, Daniel Captainich, who would not have noticed his presence.

Rezai was a commander of the Revolutionary Guard when the AMIA bombing took place in July 1994, killing 85 people. He has been wanted since 2007 by Interpol, which has a red circular against him for aggravated homicide for having been committed out of racial or religious hatred. He currently holds the position of Vice President for Economic Affairs of Iran.

Official sources told THE NATION having detected that an Iranian man with the surname Rezai would travel to Moscow next week, and based on that information they contacted the judicial authorities of the UFI-AMIA, which together with the judge Marcelo Martinez De Giorgimomentarily in charge of the AMIA case for subrogating the judge Daniel Rafecas, issued the request for Rezai’s extradition and arrest.

“Based on what happened with Capitanich, the Foreign Ministry asked all Embassies to pay special attention to those who have a red alert and international arrest warrants,” detailed high sources of the Executive Power to THE NATION. And they added that it was in this framework that the information about Rezai’s possible trip to Russia became known. “Thus the information was reached that he could visit Moscow and the Justice was informed. And it made the decision to issue the order, “they completed.

In that same framework, they assured that “Justice is not wrong”, to banish any version about a possible confusion in the order. It happens that when the extradition request came out, Clarion announced that who was currently in Russia was Ebrahim Rezai, head of the Russian-Iranian parliamentary friendship group, and not Mohsen Rezai, accused by the AMIA.

In fact, the Tehran Times realizes in his edition of this Wednesday of the presence of “Ebrahim Rezaei” (his last name translates Rezai, like the military man) as part of President Ebrahim Raisi’s entourage in Moscow.

In the same line, from the Government they indicated that “the Foreign Ministry is informed by the Argentine embassy in Iran, where on Wednesday 19 it is reported [la] Iranian presidential visit to Russia and mentions that Rezai is part of the Iranian delegation in Moscow”.

Everything takes place in the framework of the next visit of the president Alberto Fernandez to Russia, scheduled for February 3 in advance of his trip to China. In Moscow, Fernández is scheduled to meet with President Vladimir Putin.

This Wednesday, the Permanent Council of the Organization of American States (OAS) A majority approved a resolution jointly drafted by Argentina and the United States to condemn Rezai’s visit to the Central American country. In which they also asked that Interpol’s red alerts be respected.

During the meeting, the ambassador to the organization for Nicaragua, Arturo Mc Fields, He considered that his country was free “to invite whoever it wants.” And he added that: “If that person arrives with a good attitude, they will always have open doors”, in an attitude that deserved a response from Argentina.

The meeting also recalled that Rezai faces charges for his alleged role in the July 18, 1994 attack against the Asociación Mutual Israelita Argentina (AMIA), in the city of Buenos Aires, which killed 85 people and injured many. others”. And they highlighted that “a red notice is a request to law enforcement agencies around the world to locate and provisionally arrest a person pending extradition, surrender or similar legal action.”