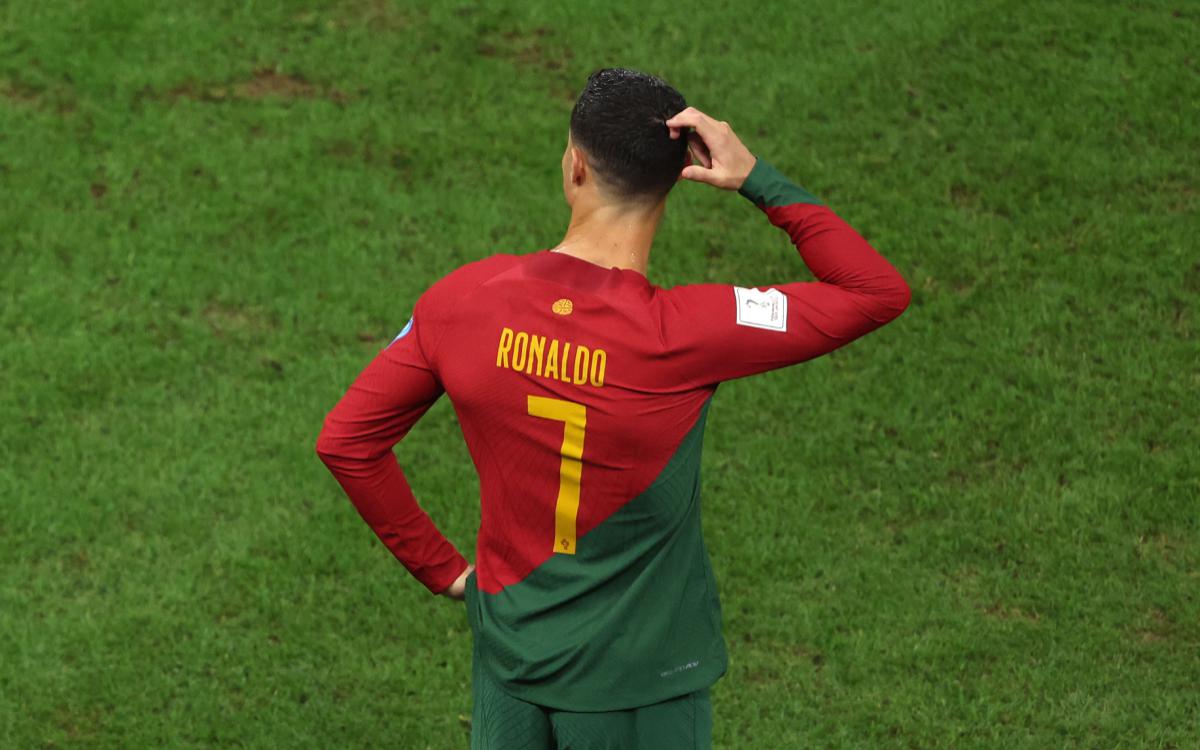 At the World Championships in Qatar, the last day off before the quarterfinals. RBC Sport talks about the most interesting news of the tournament in daily online

22:00. Argentina head coach Lionel Scaloni expressed outrage over a reporter’s question about Rodrigo de Paul’s health after a training session closed to the press. He said he didn’t know if “for Argentina or the Netherlands” he was playing with journalists when he gave tips to an opponent on the eve of the World Cup quarter-finals.

21:00. Daily Mail found out about FIFA’s legal disputes with the Qatari authorities over various issues that arose before and during the World Cup. According to the publication, FIFA sent several requests to the authorities and is waiting for official responses to deal with financial liability to suppliers and sponsors, in particular, Budweiser, which was banned at the last moment from selling alcoholic beer in stadiums.

19:45. Declan Rice, who missed training the day before due to illness, has returned to training and is ready to play with the French, informed his teammate Culpwin Phillips.

19:40. France’s Kylian Mbappé, who missed training on Tuesday, noticed at the team lesson on Thursday. The national team did not explain the absence of the striker in class, which caused fears that he might have an injury.

19:20. Brazil head coach Tite declaredthat defender Alex Sandro did not have time to fully recover for the match with Croatia in the 1/4 finals of the World Cup. The football player was replaced at the end of the match with Switzerland in the group due to problems with the thigh muscle.

18:30. Cristiano Ronaldo trained on Thursday with all the Portugal players, including substitutes. On Wednesday, he refused to train with the substitutes, Marca reported.

17:45. Cristiano Ronaldo, after reports that he threatened to leave the national team due to missing the squad, wrote on Twitter that the Portuguese team is “too close-knit to be broken by external forces.”

17:00. Brazilian coach Tite declaredthat celebrating goals with a dance is a Brazilian culture that “does not discredit any other.” So he responded to the criticism of Roy Keane.

16:40. Commentator Dmitry Shnyakin said that the cat offended by the Brazilian at the press conference was found and fed.

16:00. Luis Enrique as head coach of Spain replaced Luis de la Fuente, who worked with the youth team and won silver at the Tokyo Olympics

15:10. Croatia coach Zlatko Dalic apologized for the words that football is not figure skating, but the struggle for results. “Comparing them, I had in mind that in football, the aesthetics or presentation of the athletes on the field is not as important as the result they have to achieve,” Dalic said.

15:00. Luis Enrique completed work in the Spanish national team after being eliminated from Morocco in the 1/8 finals of the World Cup. The federation wanted a “new project” for the national team.

14:00. Football Federation of Portugal statedthat Cristiano Ronaldo never threatened to leave the national team. Earlier on Thursday, Record wrote that the striker was very angry with the coach’s decision to leave him on the bench for the game against Switzerland.

13:15. Sergei Yuran said that he would have reacted harshly to actions Brazilian national team press officer who threw a cat off the table during a press conference.

“Nightmare. Good thing I didn’t sit there at the conference. I think my reaction would have been tougher. The cat is sitting – so what. Well, that’s how I would take it (press officer) and throw it away, ”said the former Khimki head coach Sergey Yuran on Match TV.

13:00. Raheem Sterling will return to England on December 9th. Earlier, the player had to miss the first playoff match against Senegal and fly to London due to robberies his home. On December 10, the British will play with the French in the quarterfinals.

12:00. Newspaper Record reportedthat Cristiano Ronaldo threatened to leave the national team after he did not get into the starting lineup for the match of the 1/8 finals of the World Cup. The football player allegedly considered that Fernando Santos was led by public opinion – polls showed the unwillingness of the fans to see the striker at the base.

‘KMCC President himself’; Ibrahim Elate became a headache for the league