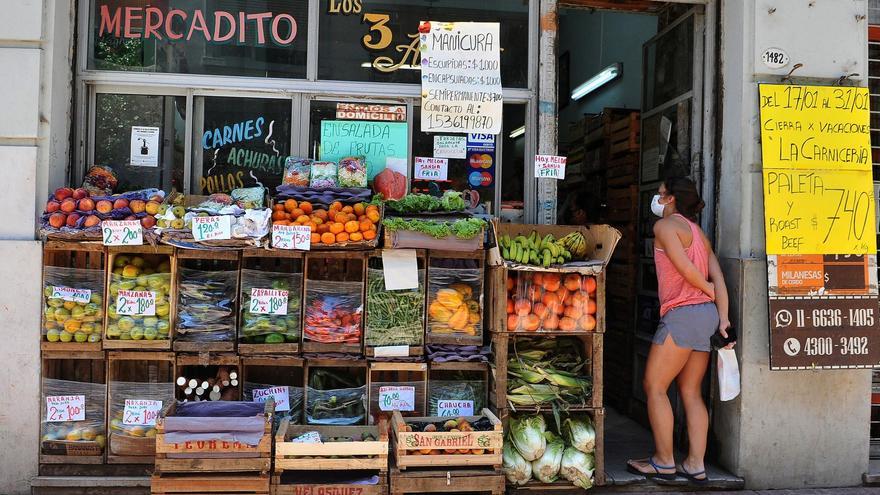 In 1934, Carlos Gardel premiered ‘Cuesta bajo’, a pessimistic tango in which they spoke of “the shame of having been” and “the pain of no longer being“Eighty-eight years later, that lament finds a greater meaning: according to the World Bank, before the pandemic, 51% of Argentines were part of the middle class. A year later, and as a consequence of the economic collapse , that average is 44%, with which 1.7 million people became poor.

The deterioration comes from afar in a country that has gone through successive crises and whose economy has been stagnant for a decade. Argentina built throughout the 20th century the idea of ​​a essentially middle class country. That idea always had its problematic edges, as Ezequiel Adamovsky has shown in his book ‘History of the Argentine middle class. Apogee and decline of an illusion, 1919-2003′.

The first allusions to the middle class are prior to the aforementioned Gardel tango and were propagated by the conservative political and economic elite to differentiate a social sector – public workers, merchants, students and professionals – from the growing proletariat that was nourished by the emigrationespecially Spanish and Italian, who had come with anarchist and socialist ideas. Middle-class identity, Adamovsky notes, became intertwined with the nation’s narrative according to which “the european” he made his way in the face of mestizo, Creole “barbarism” and, above all, the poor.

The middle class grew exponentially from the 1940s and was largely antiperonista, despite benefiting from its economic policies. Its moment of greatest expansion was in the 1960s. Mafalda, Quino’s comic strip, staged part of his aspirations: the purchase of a house, a car, even a modest one, and cultural consumption. “The decline of that illusion,” says Adamovsky, begins in 1975, after the brutal devaluation of the third Peronist government.

The last military dictatorship (1976-83) and successive economic collapses steadily degraded the strength of this sector which, due to its characteristics, seemed to differentiate Argentina from its neighbors. The fall of the middle class was a way of “Latin Americanize” . What the sociologists Alberto Minujín and Gabriel Kessler defined in their book as ‘The new poverty’ was constituted.

In the 90s, the call was neoliberal, seven million Argentines they were expelled from their former social group membership. Unlike the “structural poor”, they had had a past with more resources and other horizons. The crash of 2001 aggravated the situation. Between 2004 and 2011, the country returned to its path of economic growth and the middle class expanded again. The purchase of a car, education and private health, the best possible mobile and, above all, trips abroad, were their signs of identity.

The certainty of “being” middle class in times of economic improvement reactivated the belief in an equidistant point between rich and poor, even if they only earned a little more money than the latter. The last decade launched a new cycle of erosion that worsened especially in 2018. Currently, almost a 44% of Argentines are poor and receive less than 300 euros per month. Many come from the middle class and many others are afraid to continue down the same path. The United Nations Economic Commission for Latin America and the Caribbean (ECLAC) has found that to be considered middle class, an Argentine must earn between 1.8 and 10 times the poverty line. Despite the ups and downs, a large part of the citizens do not recognize themselves in this situation, according to a recent survey by the Applied Social Psychology Observatory of the University of Buenos Aires.

Currently, 40% of Argentines are part of the informal economy. 62% of people who got a job did so in the so-called “black market.” The economic authorities are aware of the impact that this has in generating a reduction in fiscal deficit, one of the demands of the International Monetary Fund (IMF) in the framework of the complex negotiations with the Government.

The fall of the Tax revenue affects the pension system, which represents 40% of public spending, but also state policies that feed on tax collection, at different levels, including health and education systems. In fact, the 2022 Budget project, which has not yet been debated in Parliament, contains an adjustment of 6.2% in the investment that the Nation makes in the educational chapter. This is the lowest investment for the area since 2015. Despite the pandemic and state efforts to deal with covid-19, the expenses contemplated for health are also lower this year.

Teleworking is progressing in the public service, according to the government

Netizens point out that Mike Tyson may have tweeted in order to manipulate the price of Solana.