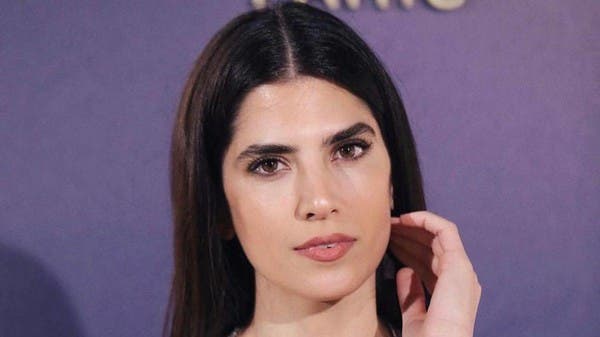 The Egyptian public knew her as “Maryam” in 2017, when she appeared in the television work “Al-Zaybak” and then as “Aida” in “Eugenie’s Nights” the following year. But a few days ago, Carmen Bsaibes recorded her first movie appearance In Egypt through the movie Al-ArifWith Mahmoud Hemida, Ahmed Ezz, Ahmed Fahmy, Mustafa Khater and others. The Lebanese actress announced her great happiness for her participation in the movie “Al Arif” as her first cinematic experience of this kind, which is different from all the roles she presented before. In exclusive statements to the “Al Arabiya.net” website She revealed some of the scenes of her work, and her new work that she will present during the coming period.

Regarding the movie Al-Arif, Carmen Bsaibes said: “I was pleased to participate in this film with the staff, especially the stars Mahmoud Hemida, Ahmed Ezz, Ahmed Fahmy and other actors. There was an extraordinary chemistry between us and the movie was professional in every way. Writing the script was very distinguished by the author Mohamed El-Sayed Bashir, who excelled in writing its details, in addition to the distinguished production from Synergy Company, which did not skimp on anything and took care of all the details of the work. It is a huge movie and the company contributed to its release in a way comparable to international productions. . The story of the film will remain in the viewer’s mind because it is smart, and the film’s direction was carried out at a wonderful level.”

And about the reason for choosing this movie, she said: “I have always waited for the right moment, and by that I mean the right script and the right work, to take this step. The movie “Al Arif” combines in its components everything I was looking for in terms of a script, a work team and a production company. And my role in it is special, new and different, and I have not played like it before, so it was a challenge for me, and a real opportunity that I should not miss. In fact, I am very fortunate to have my real cinematic debut in Egyptian cinema through the movie Al-Arif.”

She added, “This work is my first collaboration with The star Ahmed Ezz, an actor with great professionalism, He thinks a lot and is afraid of the details of the character he presents, and at the same time he does not think only of his role, but he is very keen that all artists and participants are at their best. He gives a lot to the actor standing in front of him, and is eager to help. We sat down with director Ahmed Alaa El Deeb in intense working sessions so that the work appears in the best condition for the viewer.”

When asked about the difficulties she faced during the filming of the movie “Al Aref”, Basibes replied: “I felt difficulty in filming for one reason only, which is that the character is new, and I have not presented it before or the oldest action works, and therefore I needed a lot of training and high physical fitness. Despite this effort. On the other hand, we faced many difficult circumstances at the time of filming under Corona, as the film was filmed in 4 European countries. A stressful but enjoyable experience, and this is the secret of the success of the work, with the presence of a human condition experienced by the work team and a general atmosphere of love between the heroes of the work, especially Ahmed Ezz and Ahmed Fahmy, in addition to all those working on the film, where working with them was fun.”

Regarding the idea of ​​mixed works that bring together a number of actors or makers from different countries, she said: “In fact, I encourage this idea a lot, and I am one of its defenders, and the reason is that I see that mixed works add a distinctive flavor to the work as a whole due to the presence of this difference or mixing. Since my beginning almost And the works that I participated in were mostly mixed, and I think that these works the actor can add to and take a lot from, and this is what makes them special. But of course, attention must also be paid to the text presented by these works, the story must be realistic and written correctly. .

On the other hand, Carmen Bsaibes recently finished filming the series “Al-Bari’ah” in Beirut. This work was written by Maryam Naoum and produced by Jamal Sinan, and it consists of 8 episodes, and it is scheduled to be shown on one of the electronic platforms soon. The events of the story revolve in a realistic framework about a young woman who suffers an accident and changes her life, within the framework of a tragic and suspenseful drama. Stars from Lebanon, Badi’ Abu Chakra, Yorgo Shalhoub, Takla Chamoun, in addition to Elie Mitri, Sasha Dahdouh, George Shalhoub, Elie Shofani, Asaad Haddad, Faisal Astwany, Mona Karim, Rita Mitri and Caroline Azzam, will participate in the action championship.

Bsaibes will also soon start filming the third part of the series “Bride of Beirut”, after it achieved a remarkable presence in its first and second seasons Accompanied by the two stars Dhafer El Abidine and Muhammad Al-Ahmad, and this work has achieved great success and high viewing rates.