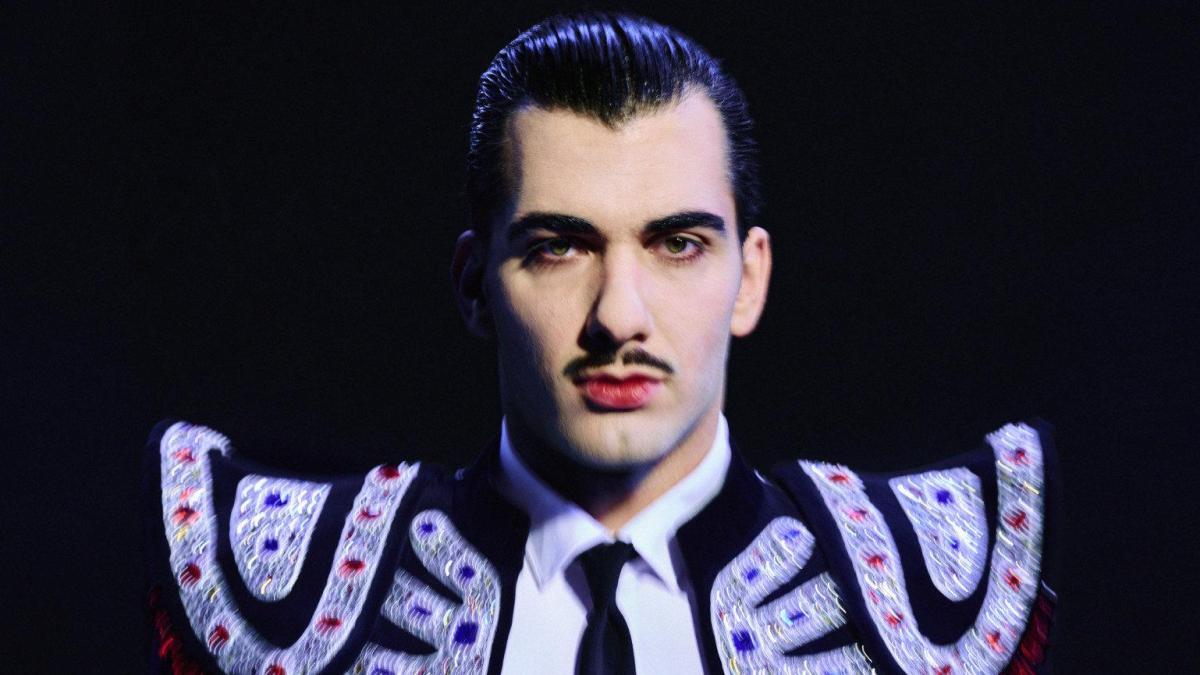 Friedrichstadtpalast is when the entire capital city ranks of opera and concert house directors suddenly meet and René Pollesch and Wolfgang Lippert and the almost 100-year-old Margot Friedländer. When Dieter Hallervorden and Franziska Giffey run into each other and Conchita Wurst (as the text music supplier) and all the drag queens that Corona has left behind.

A smiling Senator for Culture, Klaus Lederer, smiles happily with super revue fan Jean-Paul Gaultier, while the rest of the audience symbolically makes a slit in their dress, wiggling behind. Then it rocks off.

The new Grand Show screams loudly „Arise“ – and entertainment cheerfully celebrates its pandemic resurrection with the world’s largest and most beautiful 64-legged kickline, this time a la mighty Aphrodite, made by palace ballet director Alexandra Georgieva.

With a cheering 1200 spectators in 2000 seats, strict mask warning women between all the kisses and rosé champagne in the foyer. And with a radiantly beautiful performance that inspires both pleasure and hope, which one should definitely see at its eleven million cost.

Like all palace stories, the story of “Arise” is one to forget. Some burned-out photographer (Dmitri Genco), who, with the help of time (Olivier St. Louis), light (Tertia Botha) and a fluffy muse siren (Kadiesha McPherson), maneuvers through the many, really astonishing picture momentstations, to the end – stop – to stand as a sad fist in front of an empty swan-down coat.

Which of course is danced away with steely smiling final energy at the golden sun-flaming show end with the super sexy, totally exact chorus lines.

The colorful, shrill show booth is back, how we missed it! This time it is more humane, the orchestra is also visibly very present. It is darker, more melancholy, more serious, but of course rises purposefully as a glistening phoenix from the sad memory ashes of the past 18 months.

It is chic, spectacular and always surprising. In the beautifully integrated artistry acts of the Russian muscular men with their flying swings like the New Flying Cáceres as fearlessly rapid projectiles on the trapeze.

Especially in the varied ballet numbers, the pride of the house, which Eric Gauthier arranged on the crooked disk and for which the Israeli Gaga style guru Ohad Naharin his primal scream chair classic „Echad Mi Yodea“ released.

And it is precisely this moment, strategically placed after the break, when the entire ballet, happily tested by Covid-19, dances its black and white unisex clothes chanting in Hebrew, which has nothing to do with old revue clichés, is it shows how far palace boss Bernd Schmidt has already come with his unconditional will to reform the genre.

This great troupe presented it with overwhelming sovereignty, the audience was lifted from their seats. And a few numbers later they all meander and paddle through an insane undulating underwater picture with flying fish, cataracts, fountains, splashing nereids that even Ariel would have to dry up with envy.

The kinky numbers in aviator tires and on Corinthian capitals are not embarrassing leather squeak this time, but harmoniously stimulating. Wonderful in their abundance, fantasy, but also their minimalism, Stefano Canulli’s costumes unfold over and over again. Everything seems more abstract, more purposeful, even factually managed.

“Love is stronger than time”

The world’s largest show stage is flooded to the edges with people and movement, but it can also become an empty adventure playground with the busiest LED light points, in combination with a spotlight ring that also serves as a lens, a neon eyebrow, lasers and light domes that also provide a sophisticated look Luminous taste for variety, oho and flowing transitions. It’s darker, sometimes more demonic.

“Love is stronger than time”, whispered the singer-actors at the end, who often have to pretentiously rhyme. That is the final theatrical claim of the in-house director Oliver Hoppmann (also author and songwriter) for the first time solely responsible and yet as teamwork for “Arise” and wonderfully harmonized two hours of purpose-free wandering. Bravo!

This is exactly what we need now, weightless, senseless looking, the fun of the now, the joy of opulence, the now-first-right rammed into the sparkling palace floor. Because this house has done its homework, it has secured the urgent support of the cultural authorities with a subsidy of only 15 percent and suddenly zero income.

The air conditioning system was turbo-modernized as an early conversion measure and it was finished on time. And all the forces and contributors happily maneuvered through the pandemic have now been mobilized as if they were raised in order to ultimately celebrate life as a show pleasure.

No wonder: The palace, laughed at as Erich’s amusement shack, has long since survived the GDR with a casual tail wagging revue. And now defied the pandemic, showed her the sequin finger. You have to wait for the tourists, the locals have to and will come now. Berlin, no one can do us! At least not in this unique, self-confident glamor theater.