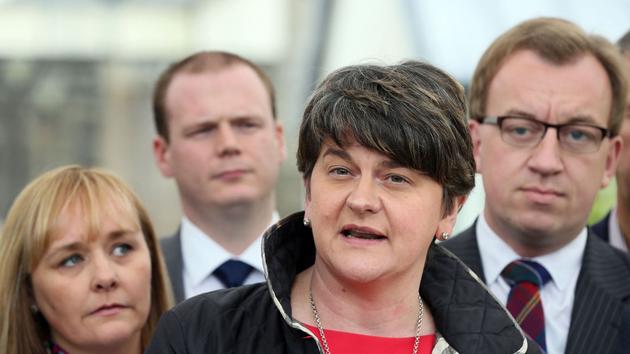 PORTRAIT – A staunch supporter of Brexit and a great admirer of the monarchy, the former Northern Irish Prime Minister has been forced to step out of the political spectrum.

She was not, however, a sacrificial victim. Embodiment of solidity and intransigence in the face of London as well as the Republican camp, kingmaker during the negotiations with Brussels on Brexit alongside Theresa May, Arlene Foster succumbed to an internal revolt on Wednesday, which has become a perfect fuse for unionists. The same people who had made her, at the end of 2015, the first woman and the youngest political figure to lead Northern Ireland and the Democratic Unionist Party (DUP).

The fifty-year-old confessed on Wednesday in a more personal message than usual “That there had been ups and downs” during his five and a half years at the helm of DUP.

Used to the roller coaster of politics, she had been given politically finished on several occasions, as during the electoral rout of the DUP of 2019, or during the “Cash for Ash scandal”, this case of misuse of public funds intended for energies. renewable, which had