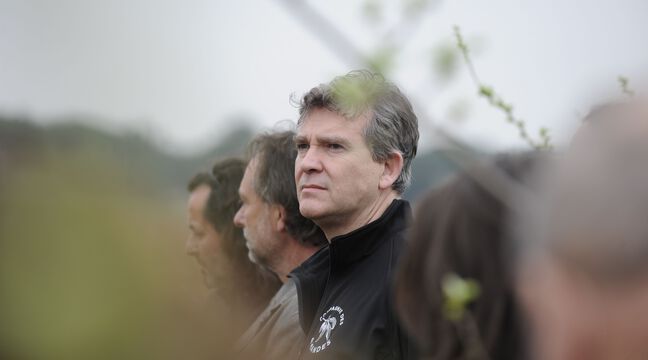 The (already very) long list of possible presidential contenders on the left could grow even longer. The former socialist minister Arnaud Montebourg this week relaunched the hypothesis of his candidacy by declaring Thursday on France Inter that he intended to “influence the events” of the presidential election. A statement that counterbalances a press headline attributing to him on Wednesday a definitive “renunciation” of a candidacy.

His entourage had then spent the evening of Wednesday to go around the editorial staff to deny the information and clarified that he did not declare himself a candidate, “at this stage”. “We are on the way to a candidacy”, explained a member of his entourage.

“I am available for this serious prospect of a single candidacy, which is necessary to influence the events, otherwise we will be reduced to candidates for testimony,” said Arnaud Montebourg, while the left is currently experiencing a multiplication of declared or potential candidates (Jean-Luc Mélenchon, Anne Hidalgo, Yannick Jadot, Fabien Roussel).

But he also recognizes going from afar. His pre-campaign initiated at the end of 2020 did not allow him to increase his notoriety in the polls, nor to attract the support of political parties other than the MRC. Support, money, but also surveys that rarely test it: “I have not found the resources that can allow me to do it, so as it is I am not a candidate,” he said. It is also the second part of the sentence that the first secretary of the PS Olivier Faure retained Thursday: “I do not think it useful that we have 5, 10 or 15 candidates on the left, at a time when this multiplication of the candidatures leads to defeat ”.

A “new element without being new”

Conversely, the entourage of the former Minister of Productive Recovery of François Hollande criticizes “the partisan processes” of EELV and the PS leading to nominations of candidate for the start of the school year, a “losing partition”. The possible support of parties “weighs little weight in the period, Montebourg wants him to build outside and in the parties”, relativizes François Cocq, former close to Jean-Luc Mélenchon, and interested in the process.

Arnaud Montebourg’s candidacy arouses the enthusiasm of a whole former fringe of rebellious France which left it because of the strategic “zig zags” of Jean-Luc Mélenchon. “The extension of the 2017 campaign, it is in reality with Arnaud Montebourg”, exclaims François Cocq, for whom the latter is at the same time a “new element without being new” by his status of former minister, precious to his eyes to give him credibility.

Free yourself from the vocabulary of the left

That Arnaud Montebourg’s offensive comes just after the controversy caused by Jean-Luc Mélenchon with his remarks anticipating a “serious incident in the last week of the presidential election” is therefore no coincidence. The unfortunate candidate for the socialist primary of 2017 even had dry words for the Insoumis, believing that “Jean-Luc Mélenchon will not be President of the Republic, everyone knows that”. He would even be “the blocking element on the left”.

Arnaud Montebourg also had to partially put aside his initial intention to free himself from the vocabulary of the left. At the beginning of the year, he had caused a stir, even among his supporters, with his appeal to the sovereignist right of Xavier Bertrand and Guillaume Peltier. Thursday, Arnaud Montebourg pronounced several times the word “left” by associating it with the word “us”, with the participation of the employees in the decisions of the companies and with the “popular classes” to be reconquered. He, however, continued to stir up terms that may not please: “The country is on the right on the regal, on the left on the social and the economy, it is going to take a mixed policy”. This means, for the sovereign component, “control immigration” and renounce “the easy slogan of” Let’s welcome them all “.