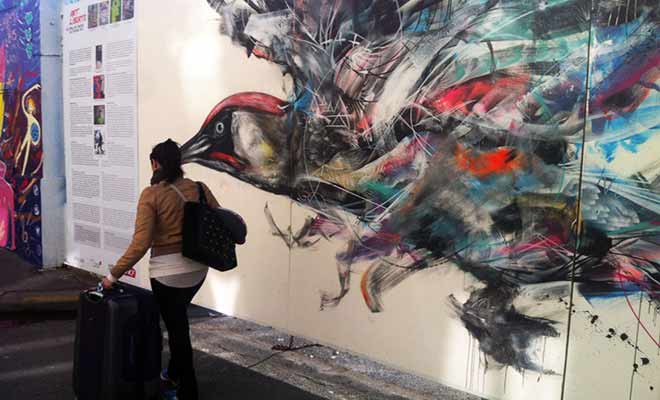 Culture and art constitute very interesting niches for the development of nations, underlined the participants in a webinar organized on Friday evening as part of the 9th edition of the Maghrebian Film Festival of Oujda which ended on the 29th. November in digital version. Speakers during this webinar, which had as its central theme “The future of cinema after Covid19” noted that because of this pandemic, the cultural sector has been severely affected in its production potential, that is to say – say in its productive force, but also in its human resources. He also noted that this situation has led to an awareness among officials and decision-makers of the importance of culture as a productive sector, and of the role it plays at several levels (social animation, job creation , maintaining social ties, etc.), considering in this sense that this awareness was made especially by the absence of culture.

The situation linked to Covid-19 has also shown the capacity for creativity, invention and resilience of culture through the organization of major cultural meetings (music concert, festival, etc.) where digital replaces magic live, have they added yet. For some participants, this crisis was revealing and thus made it possible to realize that the cinema had occupied a very large place in the development of the cultural field, affirming in this regard that the cinema is an indicator of democracy in a country , the freedom to create and express oneself, and the degree of openness of a society. Believing that the cinema has an omnipresence in the cultural field and the lived experience of the people, they emphasized the impact and the harmful consequences of the coronavirus on the seventh art and the film industry which is an economic sector in its own right. (postponement of many large productions, closure of cinemas, …). Emphasis was also placed within the framework of this remote symposium on the development of cultural infrastructures and the cinema sector in the Maghreb, more particularly in Morocco, and a call was made on this occasion for the strengthening of cooperation in this area between the Maghreb countries and the other countries of the African continent. In the opinion of the speakers, the resumption of the cinema after Covid-19 will not be easy, arguing that following a forced intermission and a stoppage of film production, it will be necessary to deploy a lot of efforts not only in terms of production but also at the start-up level. In this vein, they evoked the need for a real cultural project which could be a real basis to be able to revive culture and art, which generate revenue, in the Maghreb countries, highlighting the imperative of the involvement of the private sector and associative actors to bring cinema back to life, to take advantage of the cultural wealth of the regions and to trust young people.

Regarding the outlook, the speakers were confident about the future of cinema after this pandemic which revealed the real problems of the film sector. Other questions concerning culture and cinema were raised during this colloquium, namely “how did culture and cinema play a role in the development and promotion of certain components of society?”, “Which are the regions and destinations known in the world where culture has contributed to territorial and human development? ” and “why do some people not consider Culture as a lever capable of creating wealth?”. This webinar was attended by Mohammed Mbarki, director general of the Oriental Development Agency, Amer Chergui, director and film critic (Morocco), Lamia Belkaied Guiga, academic (Tunisia), Pierre Mateo, director of the ‘Institut français d’Oujda, Kamal Kamal, director-producer and screenwriter (Morocco), Khalil Damoun, film critic (Morocco), Mehamdi Djamel, author and film critic (Algeria) and Khalid Zaïri, producer (Morocco). Regarding the choice of the theme chosen for the webinar, the organizers argue that cinema is a lever of modernity, a development tool and a means of strengthening the common human heritage and recognized universal values. “Cinema has never been a simple spectator of the universe, but has always been interactive with it, and has been a means of its transposition and interpretation as it is, or rather as it should be. , or be imagined, or at least as it is meant to be and become, ”they say in a presentation note. The Oujda Maghreb Film Festival which is organized under the banner “Oujda, Carrefour du Cinéma Maghrébin” by the Ciné-Maghreb association in coordination with several partners, is back this year in force, more mobilized than ever, to honor its appointment. you annual despite the current situation linked to the Covid-19 pandemic.