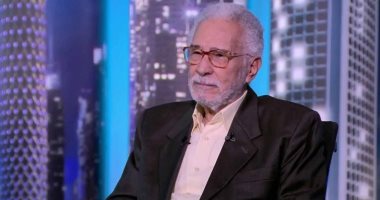 Great Artist Show Abdul Rahman Abu ZahraDue to a health crisis, he entered the intensive care unit in a major hospital in Giza, and was subjected to treatment.

The artist, Nihal Anbar, a member of the Board of Directors of the Syndicate of Representative Professions and responsible for the medical file of the syndicate, said in an exclusive statement to “The Seventh Day”, that the artist Abdel Rahman Abu Zahra suffered a pelvic fracture again after a sudden fall in his home.

The artist, Nihal Anbar, added, “The artist Abdel Rahman Abu Zahra also suffers from a mild lung infection, and he is currently in the intensive care unit in a hospital to receive the necessary treatment.”

The artist Abdel Rahman Abu Zahra, his full name is Abdel Rahman Abdel Rahman Mahmoud Abu Zahra, born in Damietta Governorate in 1934, and obtained a Bachelor’s degree from the Higher Institute of Dramatic Arts in 1958, and worked as an employee in the Ministry of War, then was appointed as an actor in the National Theater in 1959

His first theatrical work was the play (The Return of Youth) by Tawfiq Al-Hakim, and he has several other works in the theater, including (Stronger than Time, Close and Strange)..

He starred on television, and among the most prominent series in which he participated (King Farouk, Who Shot Hind Allam, Client 1001, Samara, Juha Al-Masry)..

On the cinema front, he participated in dozens of films, including (Al-Jazeera, Love of Girls, Well of Deprivation, The Seventh Sense). He also performed the voiceover of some animated films, such as the movie (Aladdin) in its two parts in 1992 and 1994, and the role of the lion (Scar) in the movie (The Lion King). Produced by Disney in 1994 Arabic version.