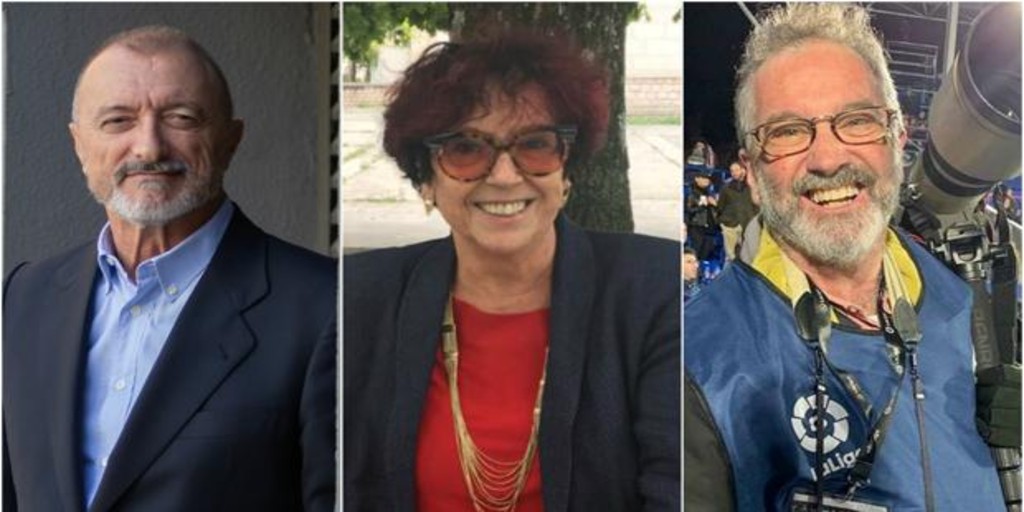 THIRD.- To grant by majority, the “Mingote” Prize to Don Dani Duch for his photograph published in “La Vanguardia” on August 15, 2019.

And for the record, we signed this Act in Madrid, on the twenty-seventh of May of two thousand and twenty ».

Arturo Pérez-Reverte (Cartagena
, 1951) is dedicated exclusively to literature, after living 21 years (1973-1994) as a reporter for the press, radio and television, informatively covering international conflicts in that period. He worked twelve years as a reporter in the newspaper “Pueblo”, and nine years in the information services of Televisión Española (TVE), as a specialist in armed conflicts.

See Also:  "Time in the picture" apologizes for graphics

As a reporter, Arturo Pérez-Reverte has covered, among other conflicts, the Cyprus war, various phases of the Lebanon war, the Eritrean war, the 1975 campaign in the Sahara, the Sahara war, the Falklands war , the war in El Salvador, the war in Nicaragua, the war in Chad, the crisis in Libya, the guerrillas in Sudan, the war in Mozambique, the war in Angola, the coup in Tunisia, etc. The last conflicts he has experienced are: the Romanian revolution (1989-90), the Mozambique war (1990), the Gulf crisis and war (1990-91), the Croatian war (1991) and the Bosnian war (1992-93-94).

Since 1991 and continuously, he has written an opinion page in XLSemanal, a supplement of the Vocento group that is distributed simultaneously in 25 Spanish newspapers, and which has become one of the most read sections of the Spanish press, exceeding 4,500. 000 readers.

See Also:  This makeup fixative prevents you from smearing the mask and is sweeping Amazon | Showcase

Arturo Pérez-Reverte entered the Royal Spanish Academy on June 12, 2003, reading a speech entitled “The speech of a brave 17th century.” Since April 2016, he has been editor and co-founder of the Zenda books and authors website.

Maruja Torres (Barcelona, ​​1943) is one of the most recognized journalists in Spain. He has published two humorous novels, “Oh, it’s him!” (1992) and «Blindness of love« (1994); a travel book, “Amor América” ​​(1994), and the compilation of newspaper articles “Como una sombra” (1996). His vaguely autobiographical novel “A Heat So Close” (1997) and his memoir as a journalist “Woman at War” (1999) achieved great public and critical success. With “While We Live”, the novel that earned her the Planeta award in 2000 and reached half a million readers, Maruja Torres established herself as one of the most outstanding novelists, a fact that she revalidated with “Men of Rain” (2004) and “The Lover at War” (2007). In 2006 he received the Gold Medal for Fine Arts for his contribution to culture. “Wait for me in heaven”, a beautiful tribute to his great friends Terenci Moix and Manuel Vázquez Montalbán, was awarded the Nadal Prize in 2009. His latest novel, “Easy to kill” (2011), was his first successful foray in the crime novel. She is a regular columnist for “El País”, a newspaper to which she has been linked throughout her career.

Dani Duch, Mingote award
A curious young Dani Duch (Cassà de la Selva, Gerona, 1962) began in the world of photography with a group from his town, including Juan Carlos Codolà and his brothers Xevi and Santi. Duch, self-taught, made his way into the world of photojournalism and has become a veteran in the newspaper “La Vanguardia”. In his decades of profession he has covered important events around the world, a long professional career that has an important sentimental milestone in a photograph he made of a woman in the Azerbaijani war, which the author himself defines as the most shocking he has ever done. in their life. «We had gone to Kiev with Barcelona. After the game I took the plane and went alone to the conflict zone. I was 15 days and the truth is that it was long and very hard. The rumbling of the bombs left me half deaf, “he confessed to” Bonart. ”

The new Mingote award made its first professional steps in «Punt Diari». Later, he was head of photography at the “Diari de Girona” and correspondent for Efe. In 2007, due to his enormous connection to the city of Gerona, he transferred his photographic archive to the INSPAI of the Deputation of this city. A great follower of the world of football, the photographer does not forget that before traveling with Barcelona he kicked the regional fields of the Gerona regions. .