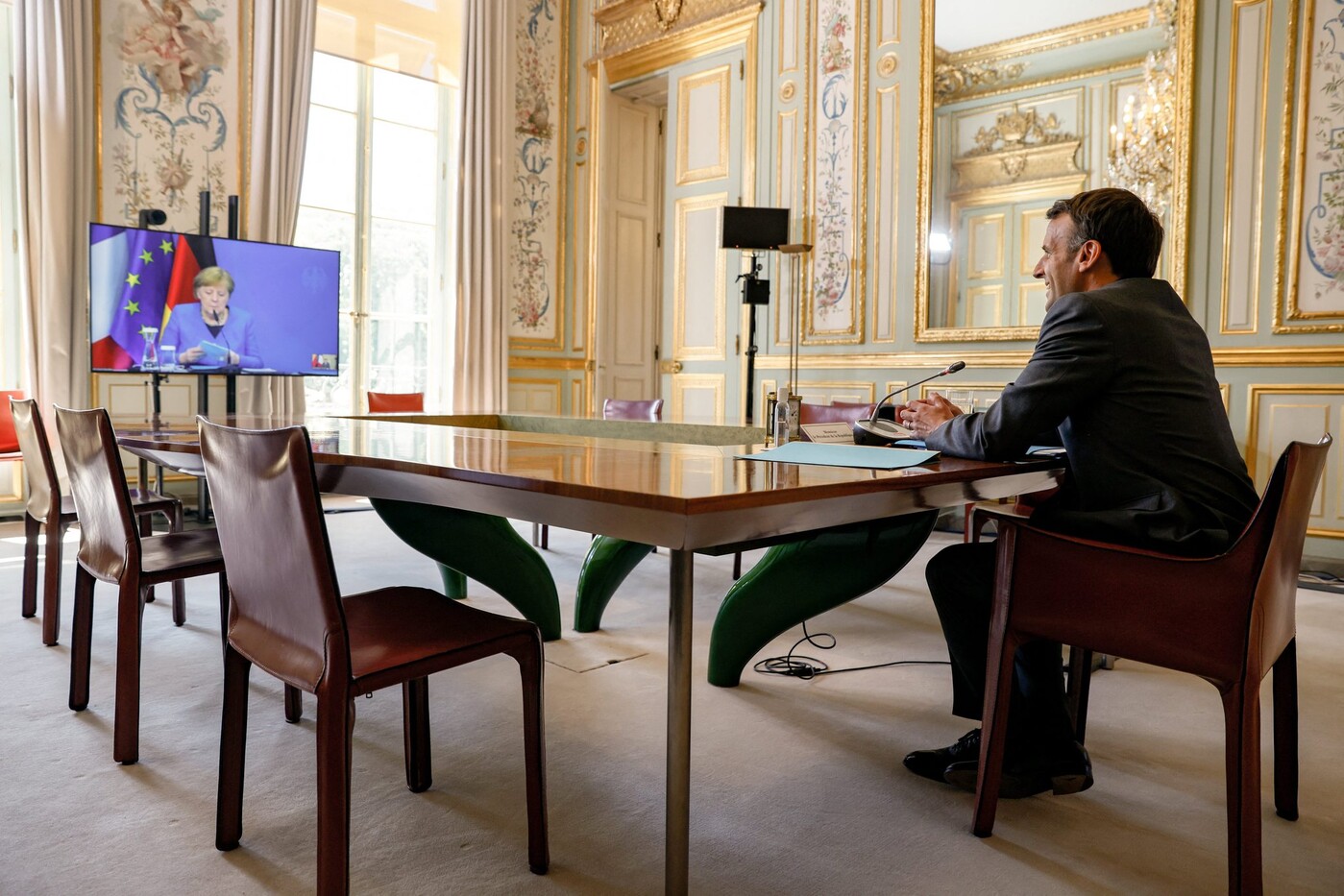 This is the end of the alloy « Merkron ». Angela Merkel attended her last Franco-German Council of Ministers on Monday May 31 in Berlin, before ending her political career in the fall. Emmanuel Macron took part in it from a distance.

The money for the tandems formed between Paris and Berlin (Merkel had four tenants at the Élysée) will undoubtedly have been the most promising, with the signing in January 2019 of the Treaty of Aix-la-Chapelle to renew cooperation between the two country, the creation of a Franco-German parliamentary assembly the same year, and the impetus, in 2020, of an unprecedented European recovery plan including a shared debt.

Today, the momentum continues but without new impetus. The council of ministers will be fine “The opportunity to launch new cooperation” in the field of health, culture and youth, was immediately warned at the Élysée.

→ EXPLANATION. Defense Europe: the dissonances of the Franco-German couple

It is also the moment to show how far we have come in terms of defense, with the effective launch of the Franco-German fighter plane (SCAF) project. The event is finally part of a busy agenda, with national positions to be brought together for the G7 in Cornwall, from June 11 to 13, and the NATO summit on June 14 in the presence of US President Joe Biden.

But we should not expect too much from this exercise instituted in 2003 for the 40th anniversary of the signing of the Élysée Treaty by Charles de Gaulle and Konrad Adenauer, explains Hélène Miard-Delacroix, professor at the Sorbonne (1). “It forces the ministers to account, it is a manifesto of the work accomplished together, but it is not where things are decided, everything is recorded upstream”, she emphasizes. Emmanuel Macron will hardly obtain answers from Berlin to his proposal to extend the European post-Covid recovery plan to the point that he is able to compete with the American version.

Energy policy also remains taboo, while addressing the subject is essential to achieve the objective of carbon neutrality by 2050. Paris would like to give nuclear energy the status of transitional energy, while Berlin is still counting on the Nord Stream 2 gas pipeline. “Angela Merkel cannot commit to much, she is leaving”, continues the specialist of contemporary Germany, and this in full rise of ecological concerns.

→ PORTRAIT. Germany: green light for Annalena Baerbock in the race for the chancellery

In view of the German general elections, on September 26, the conservatives of the CDU nevertheless have every chance of placing Armin Laschet, a close friend of Merkel, at the rank of chancellor. The candidate of the Greens, Annalena Baerbock, initially expected to win, is indeed marking time in the polls. “This scenario would be that of continuity for the Franco-German couple, with an undoubtedly more emotional dimension. Armin Laschet grew up and made his career in the West, in the border Land of North Rhine-Westphalia », Adds Hélène Miard-Delacroix.

The Paris-Berlin axis will, whatever happens, be confirmed in 2022 by the choice of the French, following the presidential election. It is only from this moment that the basic subjects can be approached again.