as usual, “fly” in Moscow

On NASA’s website, an announcement was announced about a crew of six people for a long-term simulation of a space flight to the moon and Mars. The eight-month experiment will be conducted in a well-studied place by NASA – in the Moscow complex of the Institute of Biomedical Problems (IMBP) of the Russian Academy of Sciences, which has repeatedly become the site for such experiments.

It’s a joke that Moscow is almost Mars for American citizens, but NASA’s interest is that the IBMP RAS complex is a well-equipped platform for its purposes, which, moreover, will cost less than rented space in the United States, including paying specialists. In this, by the way, there is a small problem. Participants of the experiment without fail, in addition to knowledge of oral and written English, must have the skills of oral and written Russian.

Another limitation is that crew candidates must be US citizens. Age qualification: not younger than 30 and not older than 55 years. Since the crew will have to carry out technical work and scientific experiments during the flight simulation, applicants for this work must either be officers or have a master’s degree, medical degree or Ph.D. But there may be exceptions, for example, candidates who have a bachelor’s degree in combination with “Other specific requirements”which may include things like military service or other types of education. 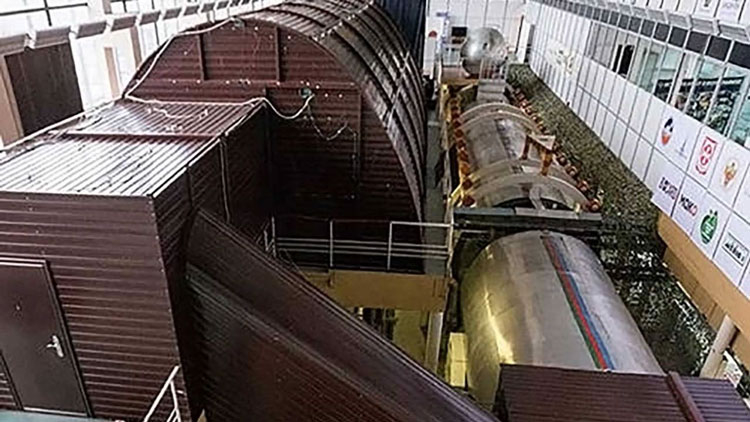 The exterior of the complex

The NASA announcement said: “The study will be conducted to examine the effects of isolation. The results of such ground-based missions help NASA prepare for the real challenges of space exploration and provide important scientific data to solve some of these problems and develop countermeasures. ”

At the entrance to the Pitié-Salpêtrière hospital in Paris on March 27 STEPHANE DE SAKUTIN / AFPNephrologist...
Read more

In Turkey, Erdogan rehashes his dream of turning Hagia Sophia into a mosque

first flight of European employees back to China

A plane carrying a majority of Germans, about 200 employees and their families, landed in China on Saturday, marking...
Read more

At the entrance to the Pitié-Salpêtrière hospital...
Read more

Coronavirus has protection against human immunity

Despite the fact that the new type of coronavirus...
Read more
Health

A team of researchers has discovered significant traces of...
Read more

At the entrance to the Pitié-Salpêtrière hospital in Paris on March 27...
Read more

In Turkey, Erdogan rehashes his dream of turning Hagia Sophia into a mosque