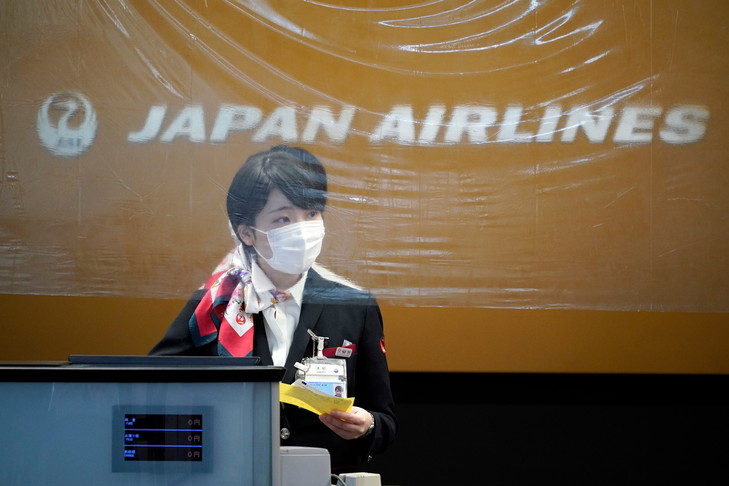 The European Union was to agree, Monday, June 29, on a list of fifteen countries that their level of contamination with Covid-19 would make consider as “safe”, allowing their residents to come to Europe from the month of July.

This still provisional list, but made public on Saturday June 27 (1), seems to exclude the United States where the epidemic is out of control, like Russia, but China could be included. Non-essential trips to the EU, which have been banned since mid-March, should be phased out from 1is July.

For some Asian countries, on the other hand, there is no question of opening the borders to Europeans who they consider unsafe in terms of health.

Thus this list of fifteen countries presents certain anomalies. The epidemiological criteria (a rate of new cases of Covid-19 close to or below 16 per 100,000 inhabitants, EU average, over the past 14 days) does not seem to be questioned, except perhaps for the China. Several Member States have judged “ problematic »The reliability of Chinese epidemiological data.

China could still be on this list, but in this case, the European Union “demands” reciprocity. In other words, European nationals can also freely travel to China. What is not the case for the moment, with the exception of some diplomats or businessmen, for whom a quarantine of two weeks is compulsory in Shanghai, in a hotel chosen by the Chinese government.

No European citizen can go to Japan

Another ambiguity of this list, the green light granted to Japanese and South Korean nationals, without “requirement” but accompanied by a simple “request” for “reciprocity”. For the South Korean authorities there is no travel ban in South Korea. “Anyone can enter the country, says a resident of Seoul, but there are some requirements: visa application at the consulate and test on arrival. If the test is positive, it is direct at the hospital, if it is negative it is about two weeks in a hotel chosen by the government, at 100 € per day at the expense of the traveler. “ In other words, a crippling constraint for a tourist. “The South Koreans are afraid of the Europeans whom they consider as” contaminants “”, said this witness again in Seoul.

The situation is much more ambiguous for Japan. To date, no European national has the right to go there. No exceptions. Even European residents living and paying their taxes in Japan, stranded abroad, are not allowed to return to “their” country of residence.

The European “demand” for reciprocity could make a difference, but the Japanese bureaucracy has still not received an order to resolve this situation which affects thousands of people. “Part of my family is in Tokyo and I cannot join them,” testifies a Frenchwoman stranded in Paris.

Hong Kong and Taiwan, exemplary in the management of the virus, are not on the list

Finally, no reference to Hong Kong or Taiwan on this European list, while the prevalence rate in these countries is among the lowest in the world. “If he does not live in Hong Kong, no European can enter it, explains a European expatriate, you can’t even get on the plane. “ In Taiwan, which has managed the coronavirus epidemic in an exemplary manner, “No European tourist returns, it’s closed”, explains a European consultant living on the spot for years.

Taiwanese and foreign residents were able to return, but had to be quarantined for 14 days. “If a Taiwanese man goes to Europe, he should quarantine himself on his return. “ The rules have been softened since June 22 for diplomats, businessmen or teachers, with tests three days before leaving and a quarantine modulated according to the countries of origin: five days for New Zealand but 15 days for Europe … still considered “dangerous”.