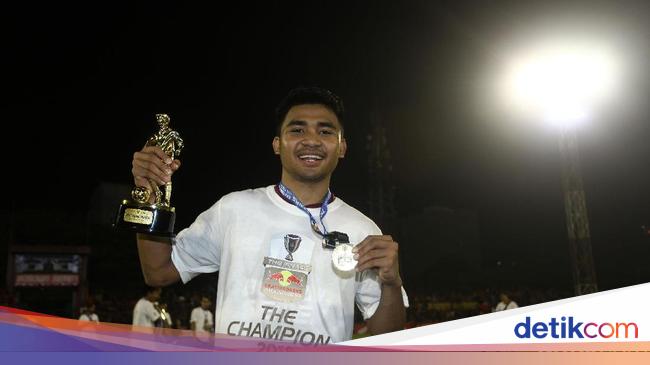 Asnawi is still undergoing both isolation because he had contact with a positive person with COVID-19. As a result, he could only watch his colleagues compete in his room.

In the match that was held at Ansan Wa Stadium, Saturday (27/2/2021), Greeners actually opened the match well. Green Wolves even took the lead in the 6th minute through the charming action of Lee Jun-hee in collaboration with Lee Sang-min.

Lee Jun-hee snaked the left sector of Gimcheon Sangmu’s defense before hitting the ball at the far post. Gimcheon Sangmu goalkeeper Lee Chang-geun could do little to see the ball slide out of reach. 1-0 Ansan Greeners beat Gimcheon Sangmu.

For information, Lee Jun-hee is a player who plays the role of right-back, a position that Asnawi will also occupy. Since the first week, he has proven himself that the position does not want to be released for Asnawi through his goal in the first week.

Meanwhile, the visitors managed to equalize to 1-1 in the 48th minute through Jung Won-jin. The player with the number 7 back fired a long-range shot that managed to tear Ansan Greeners’ goal.

No goals are created again until the game ends. 1-1 score for the two teams did not change.

Furthermore, Ansan Greeners Anyang will be entertained in the second week of K League 2. The match will be held at Anyang Stadium, Saturday (6/3). At the same time, Asnawi is thought to have finished his second isolation.