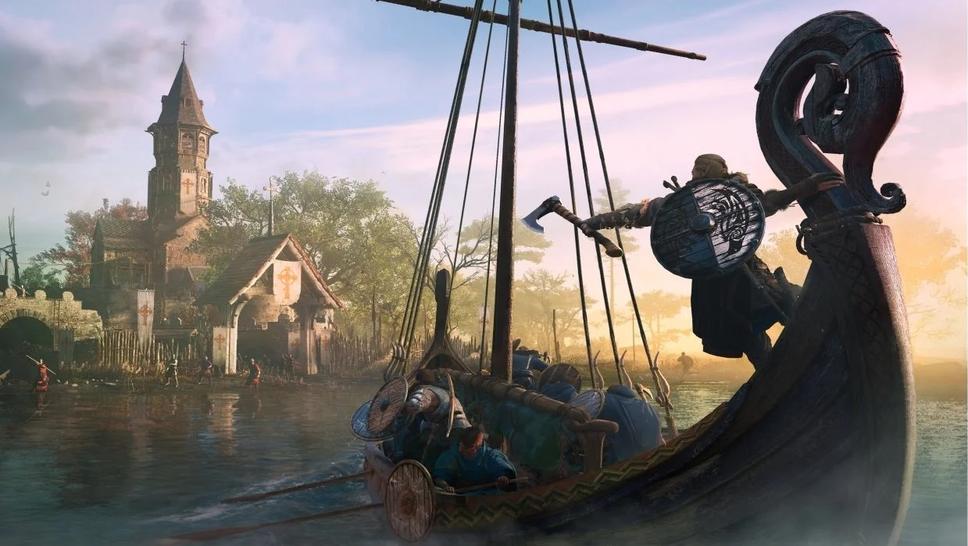 The Ubisoft franchise continues its move towards action-oriented role-playing games with “Assassin’s Creed Valhalla”, which immerses the player in the time of the Vikings. An episode which turns out to be more interesting by its side than by its general framework.

You may be immersed in a medieval Norwegian fjord, but you can’t help but sigh. By taking in hand Assassin’s Creed Valhalla, the latest entry in Ubisoft’s successful franchise, we have to make the same observation as two years ago with Assassin’s Creed Odyssey : before the game takes off, we will have to undergo a sluggish prologue necessary for the establishment of the characters, themes and concepts that will accompany us for about forty hours. Because he was destined to reign over his little piece of kingdom, Sigurd, Eivor’s adopted brother, refuses to bow down to the young monarch Harald I. Exile, in the company of Eivor, the warrior or Viking warrior that we embody (the choice of gender is possible), then becomes the only way out. Cap is set on England of the ninth century to forge its own future with great looting in the midst of the Saxons and Picts. It’s really only when the Eivor longship rushes into the Humber estuary to found the Ravensthorpe camp that the good news finally begins.

New arrivals, multiplication of side quests

This camp, brought to develop according to the multiple validated quests and other loot collected, marks a return to the idea of ​​anchoring which was present in the first parts. The construction of armories, stables or various and varied stalls naturally brings advantages such as reinforcement of the equipment. But not only, because this outpost of Viking migrants also serves the general framework. We also feel that the modernity brought by Red Dead Redemption II has been there: with each new foundation comes new arrivals and, with them, new interactions and side quests.

Generally pretexts for filling, the latter are worth the detour here in more than one way. First, because they are introduced in a much more natural way than before. They also skillfully recount the collective story of this Raven clan led by Eivor and Sigurd. Above all, some of them, whether inside or outside of Ravensthorpe, reintroduce a sometimes formidable sense of humor, missing since AC II.

Rediscovering part of its “action-adventure” roots while deepening the “role-playing” aspect is therefore at the heart of the intention ofAC Valhalla. Some might see in this the delicate art of caring for the goat and the cabbage. Because Ubisoft is not free from blunders when it struggles to link the historical side with the contemporary conspiratorial framework (of more than questionable interest); or when the multiple narrative threads become entangled a little too crudely in the long phase of conquest of neighboring territories, causing some “ludo-narrative” dissonances.

But at the same time, AC Valhalla also knows how to show real flashes. His sumptuous artistic direction, bathed in a romantic light that one would think escaped from a canvas of Caspar David Friedrich, caresses the retina to better invite exploration. It’s hard not to welcome either this new modularity in the fights where we can assign both hands of our character a plethora of weapons to determine his style. The combinations are numerous and make the brawls more fun, more brutal also as we unlock the devastating combinations. Just like the Nordic woodcuts from which it is inspired: a little rough on the surface but solid and refined in its details. Beautiful work, in short.