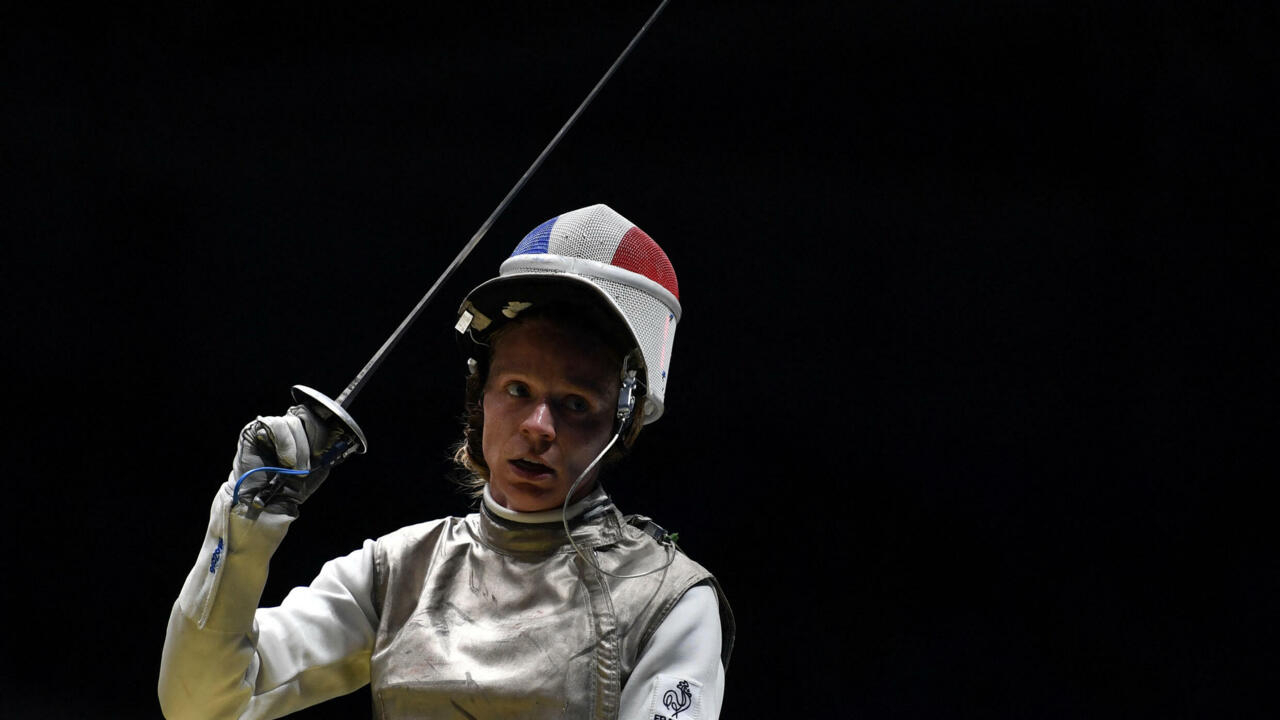 French fencer Astrid Guyart, 38, world multi-medalist, will retire at the end of the team foil event, where she was selected as a substitute. The ultimate possibility of an Olympic reward for someone who has managed to reconcile a brilliant professional career and high-level sport. A woman of conviction very involved in issues related to women’s sport.

The moment for the final runway excursion has almost arrived. A final foil salute in hand, towards the sky, the opponent then the ground, and Astrid Guyart will have ended with two decades crossing swords with the elite of fencing, but also to thwart the attempts of her body to make him say stop earlier. The alerts have multiplied – knee injury in 2018, elbow surgery in 2020 – and waiting for 2021 to bow out was not obvious.

« I had programmed myself for the summer of 2020, and my body too… When we had to add a year, we agreed, but that is not neutral, explains the fencer. Mentally too, there is a certain wear and tear with high level sport, but at the same time, an Olympic adventure… We say to ourselves: “Come on, one year, over twenty years of career, what is it? ? “Yes, but a year at the end of my career is a lot for the body. So we clarified the objectives and somewhere I would have regretted if I had quit last year. I wanted to to go to the end of the adventure and share it collectively, it’s a great way to end. »

It is true that a competitor like her cannot bring herself to have lived 4 Games without having brought back the slightest medal. Substitute in Beijing, 10th in London, 6th in Rio … There is a bad taste of unfinished business to be chased away and his flawless state of mind is hailed by High Performance Director Lionel Plumenail. “She has a motivation and a thirst for victories that remain intact, it’s impressive. She knows how to play her replacement role perfectly, she doesn’t automatically try to take someone else’s place, she gives good advice and can be ready to come home anytime. She had very little discouragement, even when it was difficult to regain feelings after her two injuries. Hats off! ”

Respect also from Ysaora Thibus for ” the mum “. The 2018 vice-world champion, expected for an individual medal, admires the journey of her elder, crossed for the first time, a long time ago … « I found a video where we were at Le Vésinet [près de Paris, Ndlr], I was very small with my glasses and my hair in shambles, and I took a picture with Astrid who was showing the competition… She is a person that I have always respected for her way of getting involved in her projects and of give everything to get there. We had experienced a complicated Rio Games because we didn’t have a team. This time, we created something different. I know she has a lot of kindness towards me for her last Olympiad, and I am very happy. »

Caring for others is second nature at Astrid Guyart, who is already very active outside of sport. A brilliant graduate in aerospace engineering, head of a research laboratory at Ariane Group, author of children’s books, she has been co-chair of the Athletes’ Commission of the French Olympic Committee since April. A logical role for this woman of conviction. ” I have this committed personality, who is not afraid to say what she thinks, especially on women’s sport and its issues around motherhood, how an athlete manages to co-construct her family project and her sports performance project. , all the more so with this Olympiad of only three years which will take us to Paris 2024, she says. There are plenty of other related subjects such as menstrual cycles, endometriosis… Media coverage, the visibility of women in sport, it’s good, but we must go beyond, on the accompaniment of a sporty in all its specificities ».

And how we help him, if necessary, to free his word as a victim of sexual violence or as a woman willing to publicly assume her share of privacy, as Astrid Guyart recently did by revealing her homosexuality in a documentary by Canal +. So many struggles that she hopes to help advance in her future life.

►Also listen: So what do we say – Professional retraining : How to do it ?