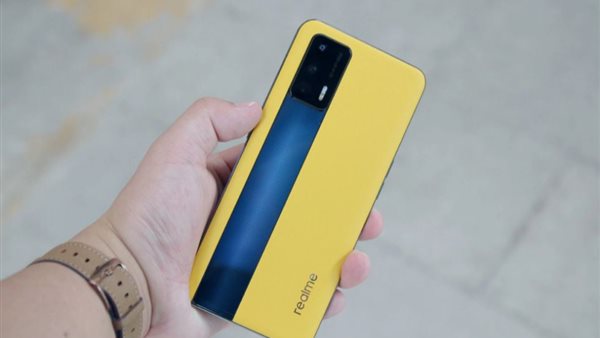 Realme released RealmeIts flagship phone, Realme GT Neo, which was launched during the past two months to the Chinese market, was followed by the famous brand with a new version called Realme GT Neo Flash Edition.

According to the “gsmarena” website, the Realme GT Neo Flash phone comes with the same specifications and design as the previous version GT Neo, as the new version of Realme features the regular “Dawn” skin color scheme.

The new version of the Realme GT Neo phone includes a 6.43-inch Super AMOLED screen, with a resolution of 2400 x 1080 pixels, and supports a refresh rate of 120 Hz per second.

The phone is powered by a MediaTek Dimensity 1200 processor, which comes with a 12GB RAM and 256GB internal storage.

As for the camera settings, the new Realme phone features a triple rear camera, consisting of a 64-megapixel main camera, a Sony IMX682 sensor, an 8-megapixel wide-angle sensor, and a 2-megapixel macro sensor, in addition to a 16-megapixel front camera for capturing photos Selfies and video calls.

The Realme GT Neo Flash phone works with the Realme UI 2.0 user interface, which is based on the Android 11 operating system, and the phone contains a 4500 mAh battery that supports 65W fast charging technology.

The Realme GT Neo Flash Edition phone is available for a price of 290 euros (equivalent to 5 thousand and 500 Egyptian pounds).