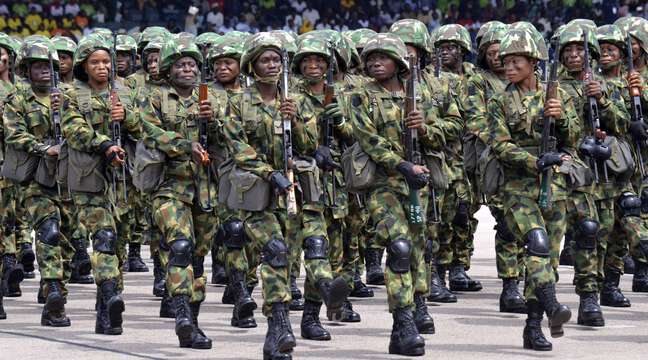 Is the Nigerian military to blame for a terrible blunder? At least 20 fishermen were killed in a Nigerian army airstrike targeting a jihadist camp in the northeast of the country, residents and military sources reported on Monday.

A fighter plane bombarded Kwatar Daban Masara on Sunday morning, a village bordering Lake Chad, on the borders of Nigeria, Niger, Chad and Cameroon, a stronghold of the Islamic State group in West Africa (Iswap). Kwatar Daban Masara, on the shore of the lake, is a “gateway to the Iswap camps on several islands,” said Labo Sani, a fisherman from the village, who said he witnessed the strike at 6 a.m. on Sunday.

The jihadist group recently lifted a ban on fishermen in the area, allowing them to operate in the lake’s waters for a fee, bringing back a population of fishermen who had left the area. But, “any fisherman who goes to this area does so at his own risk, because it is an enemy territory and there is no way to distinguish them from terrorists,” says a member of the intelligence services.

“According to our information, the death toll is much higher than 20 dead”, adds this source, ensuring that the air strike was based on “credible information” of a gathering of Iswap fighters in the village since Wednesday. Aerial surveillance and field reports indicated they were assembling, suggesting they were planning an attack.

“It was a preventive attack to destroy all the projects that the terrorists were preparing,” said another military source. “You don’t expect an innocent civilian to be there and anyone who is there is certainly one of the terrorists,” she continues.

This is not the first that the army has been accused of causing civilian casualties during its operations. An airstrike on a village in neighboring Yobe state had already killed nine civilians on September 16. The air force then explained that its fighter plane was pursuing a group of jihadists in the area.