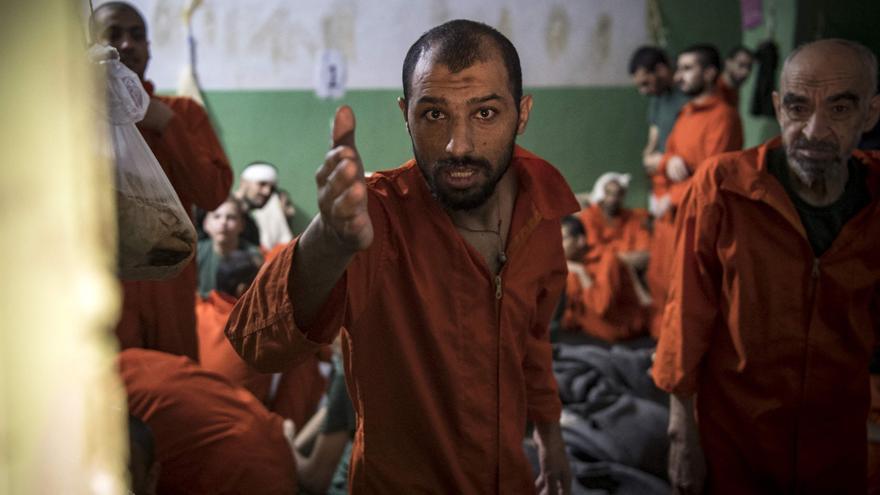 Everything had been planned in advance: simultaneously, during the early hours of this Thursday to Friday, two fires have been declared in Geweran Prison, in the province of Hasaka, in the north of Syria, where the Syrian Kurdish militias, the YPG, have imprisoned 3,500 men accused of belonging to Islamic State (NO).

The first fire was outside the prison, due to the explosion of a car bomb. The second has been inside: jihadists have burned down the rooms where they are being held burning their blankets and plastic. The chaos has continued and the jihadists, well into the night, have taken control of stockpiles from jail.

“The members of the terrorist group who have attacked the prison from outside have escaped to the nearby neighborhood and they have hidden in houses from civilians, from where they have shot at us. Then our forces have imposed a security lanyard in the area”, said this Friday morning the spokesman for the militia umbrella that controls the YPG, Farhad Shami.

As reported by the Syrian Observatory for Human Rights (OSDH), an organization based in London but with informants in the Arab country, 40 people have died in the attack20 militiamen of the YPG, 15 ISIS members Y five civilians—, but the figure could increase due to the number of wounded and because the fighting continues around the prison, although the escape has been stopped.

The OSDH also ensures that several dozens of jihadists they could have break out of jail, although the YPG deny this.

This coordinated attack has been the largest action of the Islamic State in Iraq and Syria since the group lost all of its territory in early 2019. Since then, the group has been operating in the desert between the two countries, and nurturing their sleeper cells that, sporadically, have made attacks and extortions to the premises, although always on a small scale and never with such ambition as in the event this Friday.

In fact, there is more: a few hours after the Geweran prison attack, IS has carried out another action, albeit this time in Iraq, against an Iraqi military base in Diyala province, near Baghdad. in this attack 11 soldiers have died Iraqi Army regulars.

“The Islamic State is trying to impose its control again in the area to revive your organization”, a YPG source told the news agency Reuters. In fact, in recent months, given the serious economic crisis in Syria, IS has launched a campaign of militia recruiting offering high salaries that pay, and that is the most important thing, in dollars.

And meanwhile, the prisons in northern Syria — like the one in Geweran — are still full of former members of the jihadist group waiting to get out. The most famous prison among them is that of the Al Hol camp, where they live overcrowded 60,000 people, between women of the group —foreign and local— and their children. The camp is guarded by a few hundred YPG guards, but inside it, the Islamic State is in charge.

these French people who take advantage of the Covid to travel