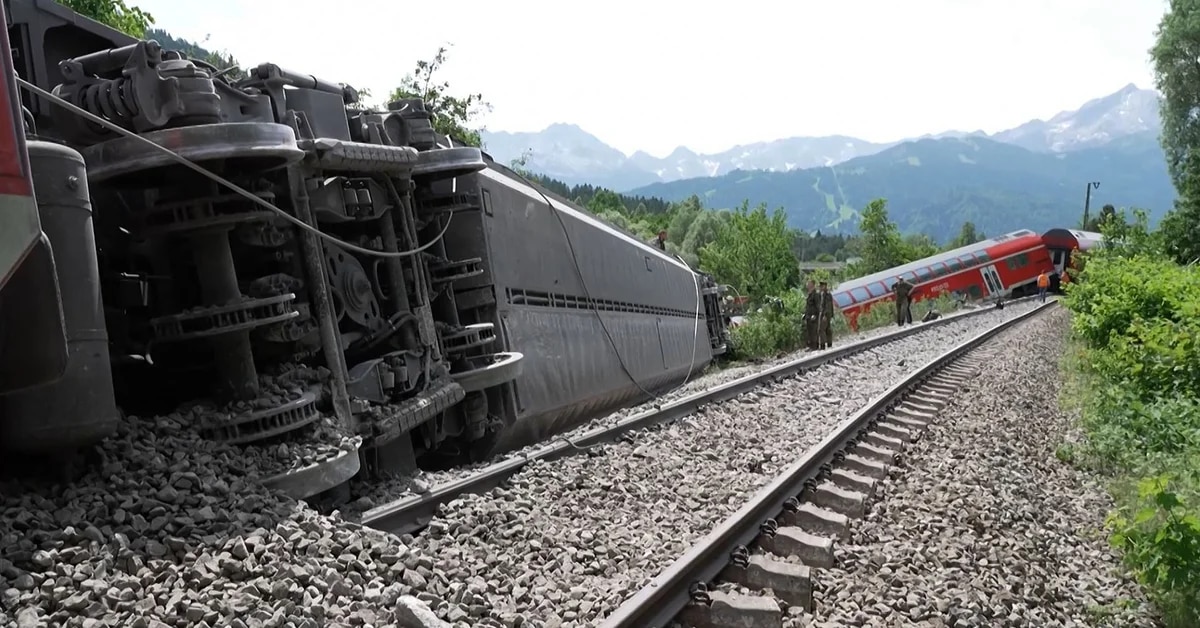 This video grab taken from Network Pictures footage on June 3, 2022 shows rescue services at the site of a train derailment near Burgrain in southern Germany. (Photo by NETWORK PICTURES / AFP)

At least four people have lost their lives this Friday in a train derailment whose causes are still unknown in Bavariain southern Germany, according to police.

The accident occurred at noon in the district of Garmisch-Partenkirchenin the German Alps, and left at least four dead and “an undetermined number of wounded”, as reported by the Upper Bavarian Police Directorate on its Twitter account.

According to the regional chain Bavarian radiothe derailment, which occurred near the town of Burgrain and as a result of which several wagons overturned, has left at least 60 injured, 15 of them serious.

Photos published by the German media show the regional train half derailed, with the cars lopsided in a wooded area.

Rescue services and fire trucks are seen on a highway near the crash site of a derailed train near Burgrain, near Garmisch-Partenkirchen, southern Germany on June 3, 2022. (Photo by Josef Hornsteiner/Münchner Merkur/ AFP)

According to this media rescue services had to extract many of the train’s passengers through the windowswhich was traveling in the direction of Munich.

Six helicopters participated in the rescue tasks in the early afternoon, in which firefighters, the armed forces and the police also participated.

Relief and evacuation operations continuethe police added. Rescuers were also sent from Austria to assist in the work.

The section between the towns of Garmisch-Partenkirchen and Oberau is closed to rail traffic for the time being.

The accident occurred tens of kilometers from the place where the G7 leaders’ summit will be held at the end of June, a 5-star complex in Elmau Castle.

One dead and more than 10 injured in Germany in a train crash
Two trains with a thousand people on board collided in Pakistan: at least 38 dead
The shocking video that shows the train crash in Taiwan that left at least 51 dead