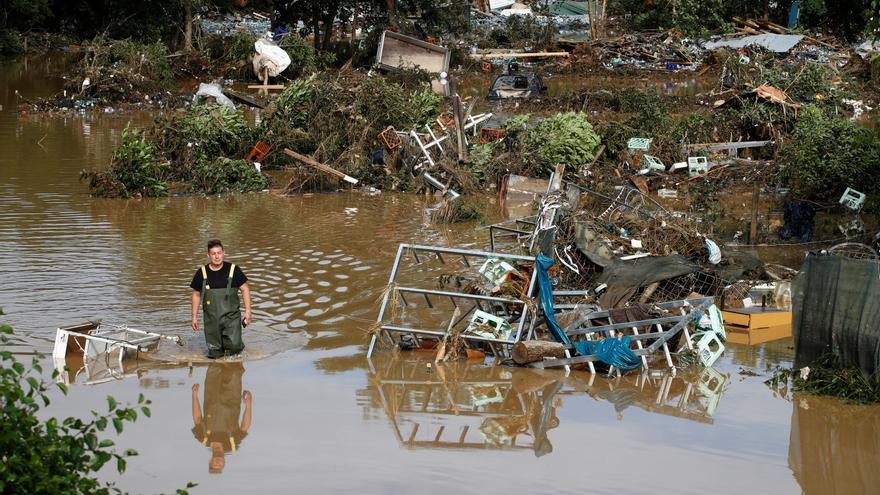 At least twelve people have died from the floods caused by torrential rains in the city of Zhengzhou, in China’s central Henan province, from where around 100,000 people have been evacuated.

According to the Chinese channel CGTN, more than 6,000 firefighters and members of the Army Chinese have deployed in the city to participate in rescue efforts from the damage of the severe storms that have been registered throughout the province. Among the places where they are intervening is the subway, where hundreds of people have been trapped, as well as a hotel in which the same thing has happened and from which a hundred have been evacuated, although rescue efforts continue.

In addition, more than 150 trapped children and teachers have been rescued in a children’s center in Zhengzhou, which, due to the serious situation caused by the storms, has suspended all flights until noon this Wednesday.

Also, more than one hundred services have been paralyzed in the eastern train station of the city, leaving a large number of passengers stranded, while routes between other cities have also been affected by this situation because Zhengzhou is an important hub. rail of the country. The rains have also caused power outages, as in the case of the intensive care unit at the First Affiliated Hospital of Zhengzhou University, which has forced the evacuation of 600 patients in this serious condition, although the power has been reduced. re-established this Wednesday morning.

For its part, the Chinese government has changed the level of flood control emergency response at the national level from three to two in the early hours of this Wednesday after an unprecedented storm occurred at around 1.30 am (local time). in the capital of Henan and Guojiaju Dam has collapsed. “This type of rain is usually seen once every 100 years. The situation is grim,” the flood control headquarters in Zhengzhou said in a statement, according to ‘China Daily’. The entity has raised the emergency response to the disaster to the highest level, level one.

The heavy rains in Henan, which already occurred last week, have been caused by Typhoon In-Fa, which has also affected the provinces of Zhejiang and Fujian, while in the south of the country Typhoon Cempaka has also caused strong storms.

The authorities have warned that the rains will continue in the next few hours in Zhengzhou and have renewed the orange alert. Meanwhile, rainfall is expected to spread to other parts of the country through Thursday as well, including Hebei, Shanxi, Guangdong, Guangxi, Hainan and Yunnan.

Chinese President Xi Jingping has described the floods as “extremely serious” and has conveyed that the “first priority” should be the “first priority”life protection of people and the safety of property. “Xi lamented the” serious “flooding in Henan province, before which he has demanded the Army and the Police” actively help local governments to carry out rescue and relief work. ” , according to the state agency Xinhua. Likewise, it has called to strengthen the general coordination, inspection and elimination of hidden risks and the security protection of important infrastructure, as well as improve the level of early warning and forecast of rains, typhoons , mountain streams and landslides.

The Chinese president has also requested that the relevant departments in all regions “restore order as soon as possible” and stressed the need to assist affected people for the disaster in matters of “sanitation and epidemic prevention”, to “prevent the return of poverty” and “a great epidemic after a great disaster”.