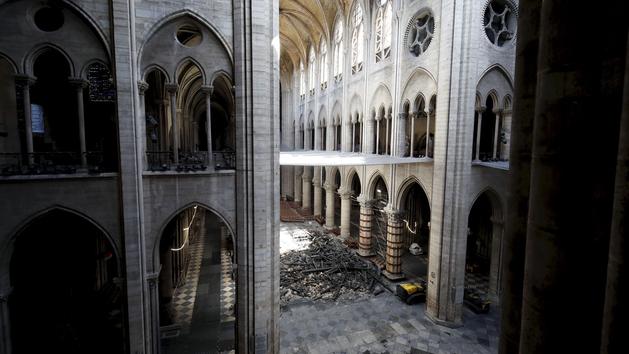 Why not create contemporary stained glass windows for Notre-Dame de Paris? After long and heated debates around the arrow, the question could seem superfluous, because straightaway decided in the negative. However, it has just been asked during an assembly of Parisian priests by the Archbishop of Paris, Mr.grMichel Aupetit. Affectionate of the cathedral, and therefore responsible for its internal functioning, the archbishopric has obviously decided to play its part. He appointed a committee to think about the future layout of the cathedral, as well as a better way to welcome the millions of annual visitors. Members of the clergy, including Father Gilles Drouin, Benoist de Sinety, Vicar General of the Archdiocese of Paris, but also Jean-Marie Duthilleul, Special Advisor to General Georgelin and specialist in stations, or Henri Loyrette, former President of the Louvre, were used to imagine the future. With it seems, the idea of ​​seeing big, new and different.