After termite and corona shock
Traditional German restaurant in Bangkok: “Bei Otto” has to start over after 40 years

Those who prefer to eat fries with currywurst instead of Pad Thai in Bangkok have been going to the traditional restaurant “Bei Otto” for 40 years. The German ambience also attracts celebrities and princesses. In the middle of the pandemic, the institution had to move – not just because of termites.

Rustic wooden benches, blue and white checked tablecloths, wheat beer and an owner in lederhosen: if it weren’t for the palm trees and the hot tropical climate, visitors could almost forget that they are in Bangkok. “At Otto” has been inspiring not only Germans living there for 37 years, but also Thais, Japanese and Chinese with a preference for dirndls and white sausages.

“We’re more than a restaurant, we’re an institution in Bangkok,” says the current owner, Kevyn Michel. The shop in the busy Sukhumvit district was buzzing for decades. In the midst of the corona pandemic, of all places, the restaurant had to move – and is daring to restart elsewhere.

60 years of Thai Airways: When elephants pull a jumbo jet

The move was even worth a note to numerous media in the mega-metropolis. Time Out magazine spoke of “shocking news” for foodies in Sukhumvit. The new “Bei Otto” is not that far away: a few days ago it reopened in a chic building a little further north on Phetchaburi Road, one of Bangkok’s main thoroughfares. All the furniture, including heavy wooden tables, red pillowcases, beer mugs, antlers and a regulars’ table sign, came with me.

“We gave everything so that the atmosphere is the same as before and that people feel at home,” says Kevyn Michel, who took over the shop in 2017 together with his German husband Sven. Since the unexpected death of his partner two years ago, the Thai has been running the business alone – but with the active support of German advisors, such as the emigrant Hermann Quint. “It’s a bit like in Düsseldorf here, in the bars right on the Rhine, isn’t it?” He asks, pointing to the canal that flows right past the outside terrace.

But why this move? A lot has come together, says Kevyn Michel. “The house on Sukhumvit Soi 20 was made of wood and was a stately 65 years old.” Termites infested the building, and urgent renovation costs increased. When the owner wanted to increase the rent in the middle of the pandemic, the barrel overflowed. “It just didn’t work anymore. Because of the crisis, we had to lay off a lot of employees anyway: Instead of 70 employees, we currently only have 40,” says the 48-year-old.

Incidentally, the name of the inn comes from its founder: Otto Duffner, who emigrated to Thailand, started his own business in the early 1980s. Under his guidance, Thais learned how to sway and the Japanese learned what homemade sausage is. They affectionately called the chef from Königsfeld “Black Forest Otto”. FC Bayern Munich footballers, TV stars and politicians from numerous federal states tried homemade spaetzle, filled beef roulade, pork knuckle and apple strudel.

Dry spell under the English operator

But after many years of hard work, Duffner sold his business in 2013. At first an Englishman took over – and things went downhill with “Bei Otto”. Quint recalls, “I haven’t gone at all for years.”

It was not until Sven Michel and husband Kevyn who took over the restaurant four years later to restore it to its former glory. The celebrities also came back to drink a Helles with Jägerschnitzel and Leberkäse. Even members of the royal family have already dined at “Otto”, the boss says proudly. “I want” Bei Otto “to stay the way it always was – and of course I want to honor the work and legacy of Sven, who has put so much into our project,” he emphasizes, pointing to the menu. The dishes are the same as those of the founder – and will continue to be prepared exactly according to his recipes. 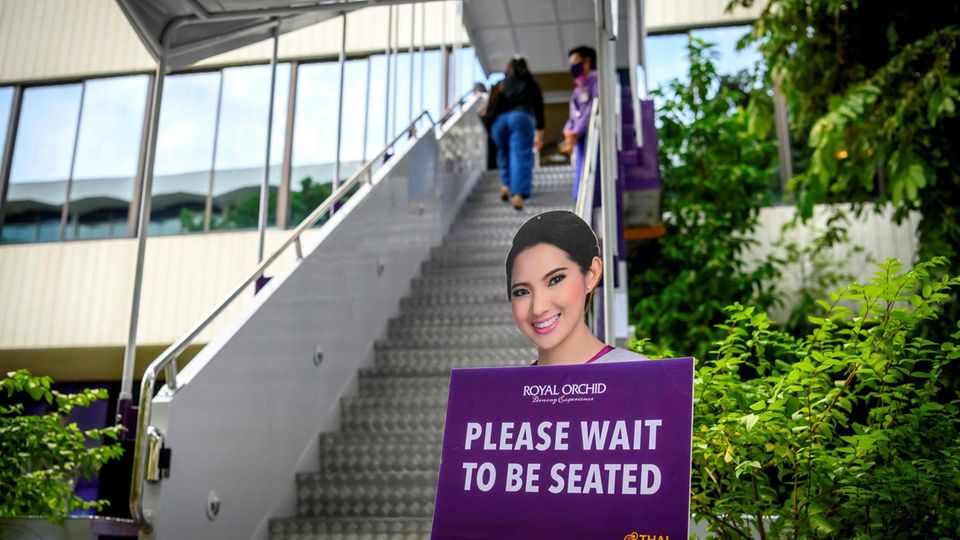 Waiting for the corona restrictions to be relaxed

Most of the tables are still empty. But the corona restrictions in Bangkok are to be relaxed and international tourism revived in the next few weeks. Then the affiliated German bakery will open again, with grain bread and pretzels. Many Germans in the city have been waiting longingly for this. And the weekly morning pint, the Bavarian breakfast and the regulars’ table will also experience a comeback.

The Oktoberfest at “Otto” – for decades the highlight for all regular customers – Kevyn Michel wants to catch up as soon as partying is allowed again. “Maybe in December,” he says, straightening his lederhosen. Then he adds: “By the way, I’m 50 percent German at heart.”