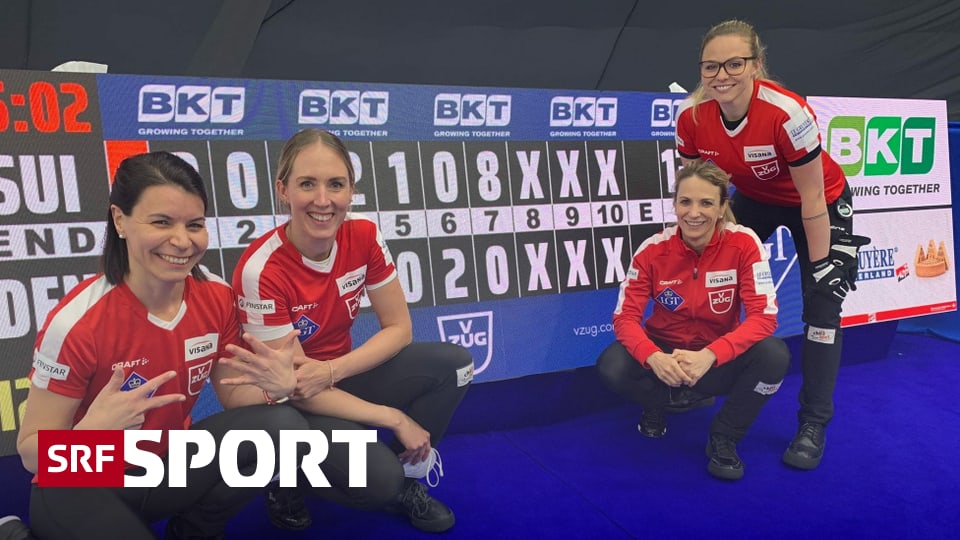 At the Curling World Cup in Calgary, which continued after a short Corona interruption, the team around Skip Silvana Tirinzoni achieved something unprecedented at world level.

Melanie Barbezat, Esther Neuenschwander, Silvana Tirinzoni and Alina Pätz easily put away the interlude at the World Championships. Due to Covid-19 cases in the TV crew, games had to be suspended at short notice. When they beat Denmark in their 4th appearance in Calgary, the Swiss achieved an eighth house. It is the maximum result in one end.

In international championships it is not known that a team has ever been able to place all its stones in the house. The 104th World Cup tournament is currently running in Canada (62 for men, 42 for women). Even a six-person house is an absolute rarity at this level on high-quality indoor ice.

What is an aft house?

An “eight-ender” means that at the end of an end, all eight stones of a team are in the “house”, in the target circle – closer to the center than the opponent’s best stone.

A historic conclusion to the end

The Danes around Skip Madeleine Dupont were in the game against CC Aarau before the 7th end with no advantage of the last stone 4: 5. Playing at high risk, they left the Swiss stones in the house to play their own game and put their opponents under pressure.

No additional point for the masterpiece

During the course of the game, the Danes acted more and more imprecisely and produced missing stones. The Swiss took advantage of this every time to play another stone in a vertical, difficult-to-attack line into the house.

See Also:  Tournefeuille: a call for donations to save a baby from a rare genetic disease

Finally, the Swiss number 4 Pätz had a simple task to also place the 8th stone. That way, the score was 13: 4 – the stunned adversaries threw in the towel.

There is no bonus for this almost impossible coup. The amount of victory also does not matter in curling. But the current world champions around Skip Tirinzoni are doing very well with 4 wins from 4 games. In the next game they will meet Japan on Monday at 5 p.m. Swiss time.

No TV picture production until Tuesday

Due to corona cases at the TV production crew in Calgary, there are unfortunately no moving images from the Swiss game against Denmark. All games on Sunday, Monday and Tuesday at the World Cup in Calgary will take place without TV production.