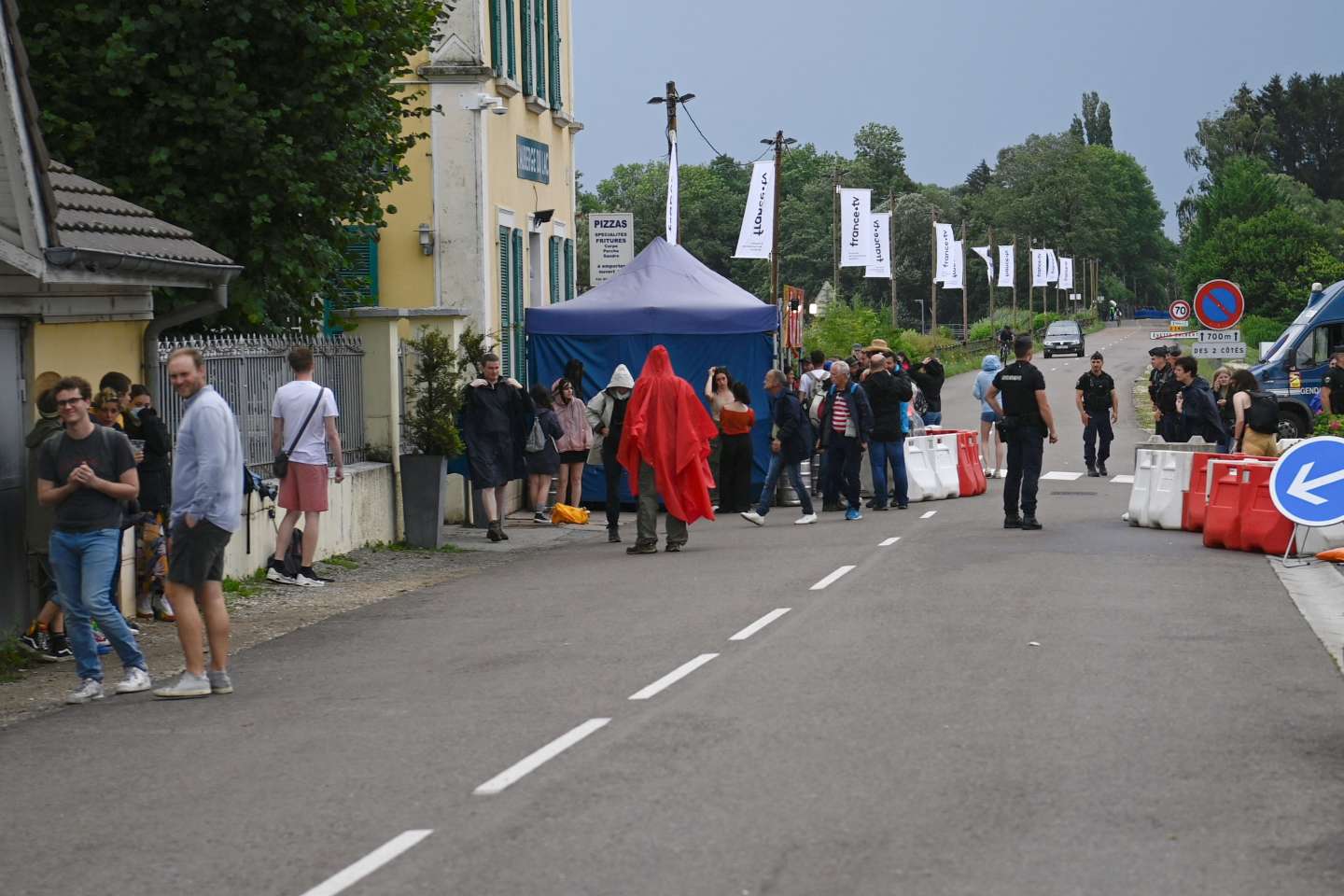 After two successive editions canceled due to the Covid-19 pandemic, the organizers of the Les Eurockéennes de Belfort festival were delighted to meet the public on Thursday, June 30. The ace ! a violent storm, accompanied by lightning, decided otherwise at 4:30 p.m., when the first spectators – between 3,000 and 4,000 people – had just entered the site on the Malsaucy peninsula. After a short respite, a second squall led to the cancellation of the first of the four planned dates, while a new storm was expected in the evening. Seven people were injured, including one with multiple fractures after a lightweight structure fell. She was transported to the Nord Franche-Comté Hospital in Trévenans.

In the immediate future, the priority for the organizers was to secure the festival: evacuation of the spectators and the campsite located on the Belfort-Chaux aerodrome, where tents flew away, with dry-cleaning of the campers in a hard building . “The safety commission will inspect all the facilities tomorrow morning and the material assessment will make it possible to make a decision on whether or not to hold the festival”, said the prefect of the Territory of Belfort, Raphaël Sodini. He specified that the “permanent link with Météo France had not provided any information to know the reality of the risk”. The main stage suffered with the fall of a pylon and damage to the roof. Around, uprooted trees had to be cut with a chainsaw when they obstructed access.

Festival-goers will therefore not have had the opportunity to hear this year Stromae, Vald, Kaaris, Bob Sinclar and Pedro Winter, Feu! Chatterton, Nick Cave & The Bad Seeds, Clara Luciani, SCH or Diplo, who were on the Friday program. Created in 1989, the Eurockéennes welcome around 120,000 spectators per edition.

in Lyssytchansk, in the Donbass, an “extremely difficult” situation and “very powerful bombardments”